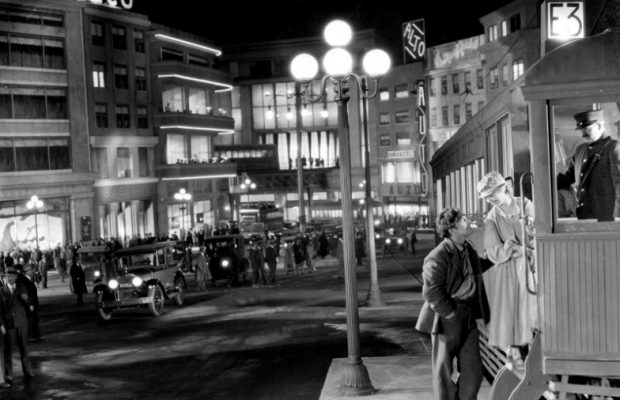 LOBBY FILM:  Hands (Germany 1928)  2 reel silent experiment made in Berlin by Stella Simon and Miklos Bandy, with photography by Leopold Kutzlob and design by Hans Richter.  Hands are used as an abstract pattern in time and space; no particular meaning was intended.

Hands comes from New York as part of the Sunrise programme but would be too long shown on the regular programme.  As the Member’s Participation Committee has recommended simultaneous screenings in the lobby and theatre, we are trying out the idea in part tonight with this film which could not otherwise have been shown.  It is a novelty, with a special appeal to those interested in experimental and abstract films.

We are indebted to the Department of National Health and Welfare for permission to screen this restricted film.

Robert Anderson is responsible for the making of the National Film Board’s Mental Health Series (The Feeling of Rejection, The Feeling of Hostility and The Feeling of Over Dependancy).  In the first Canadian Film Awards held last year Feeling of Hostility and Drug Addict won a first award in the non-theatrical class.  They won acclaim for Canada at the Edinburgh Festival in ’48 and the Mental Health Series are used widely in the United States.  However, Drug Addict dealing with the work of the Narcotics Control Division of the R.C.M.P., and made primarily to inform enforcement officers, was criticized in the U.S. on the grounds that drug addicts should be treated as criminals and not as sick people.  Both Drug Addict and its condensed version, Payoff in Pain have been denied distribution in the U.S. by the Treasury Department (Bureau of Narcotics).  The latter is being distributed theatrically in Canada while this film is limited to special private groups.  Actual addicts were used in the film in the important scenes.

“Real art is simple, but simplicity requires the greatest art.  The camera is the director’s sketching pencil.  It should be as mobile as possible to catch every passing mood, and it is important that the mechanics of the cinema should not be interposed between the spectator and the picture…  The film director must divorce himself from every tradition, theatrical or literary, to make the best possible use of his new medium.”

These are Murnau’s own words and express best what he stood for and what he sought in all of his pictures.

Of all directors Murnau is perhaps the most exciting one to study.  His high integrity, deep sincerity and insight into the possibilities of the film set him aside from ordinary directors.  He endowed the silent film with a power of expression that is sheer magic.  At the present time only two of his films are available for our study and enjoyment.  The Last Laugh (Germany 1925) and Sunrise.  In Germany he made Dracula (Nosferatu) 1922, Tartuffe 1925, Faust 1926; and in the U.S. made Four Devils, and with Robert J. Flaherty Tabu in 1931.

Lewis Jacobs in Rise of the American Film is well worth quoting:

Murnau’s first American film, Sunrise, was his best Hollywood effort.  Based on a story by H. Sudermann of two country sweethearts, the intrusion of the sophisticated woman, and a near tragedy, the first half was characteristically Murnau.  It was featured by camera fluidity and by mood and stylization rendered through extreme studio artificiality–mists, double exposures, and soft, unreal lighting.  This half had a lyrical quality and was removed from the real world.  It approached the universality of a fable – Murnau’s aim.

The second half, obviously suffering from Hollywood interference, was completely different.  Its mood was realistic; the lyricism was dissipated by comic relief; the universality was detroyed by melodrama. …

Plastically Sunrise stood out from the rest of Hollywood films not only for what it achieved but for its implications.  An earnest believer in the “camera eye,” Murnau attempted to tell the story completely in camera terms.  The camera roved everywhere: through the forest, into the city, over the lake.  Not only did the camera move, but the action within the camera’s range moved, so that action played against action.  So pronounced was this effect that Louis Bogan declared,

Not since the earliest, simplest motion picture…has there been such joy in motion as under Murnau’s direction….  When the rare shot shows human gesture against a static background, the stillness is an accent.

Often the camera took the place of the character so that the audience saw everything through his eyes and participated directly in the story (i.e. the sequence of the trolley car.)

Sunrise throughout was built on moods.  Lighting, pace, the carriage and movement of actors, and the camera were all applied to create the dominant mood of each sequence.  The opening sequence of multiple exposures presented holiday excitement in terms that…were fresh and dazzling.  Trains and steamboats loomed up and disappeared in flashes, suggesting the journeys being taken by the many vacationists.  In sharp contrast was the quiet sensuality of the seduction scene.  The overhanging mists, the dew, the full moon, the sinuous and constant movement of the camera–all combined to create a dark, somnolent mood.  Again, the trolley car bumping along through the countryside into the city expressed vividly the high excitement of the two frightened country people riding on it.  The amusement-park sequence was another instance of glittering dissolves and “gliding” cameras that reproduced all the color an feeling of the place.

Cinematic skill was further revealed in the editing.  Details were combined to communicate an idea, an action, a sound.  For example at one point we see a huge shot of a horn and then a large close-up of a face shouting through cupped hands; thus the effect of a sound is given.  This was effective of Murnau’s conviction–he was a staunch advocate of titleless and silent films–that symbols are the best means of obviating the need of literary devices.  (The experiment of having the words in a subtitle slowly fall down the screen in the form of water is another example.))  This synthesis of all factors to create a particular mood for a scene or a sequence (or to suggest a character’s thoughts) imbued Sunrise with a psychological intensity and a rare style.

….Murnau’s methods aroused Hollywood.  Perhaps more than any other German director at this time, he awoke in American producers a realization of the boundless opportunities yet to be investigated in the silent film.

A musical score from phonograph recordings will accompany Sunrise.

RE RUNNING TIME OF Sunrise
It is almost 100% true to say that any sound motion picture, from any part of the world will run in any other part of the world at the standard speed which is, twenty-four (24) frames per second.

This was not true during the era of silent films.  In those days the pictures were photographed at many different speeds.  Good projectionists during that era exercise a considerable influence on the impact of the film by their judicious control of the speed of projection.  In some cases it was even necessary to alter the speed from scene to scene.

The advance information on Sunrise is sparse.  We are told that it is eleven (11) reels in length and that is all.  We do not know for sure whether the various reels are full length, over length or under length.  There is no information whatever as to the proper speed of projection.

In any case the film will be examined when it arrives and the projectors will be set to run as fast as possible consistent with the spirit of the film.