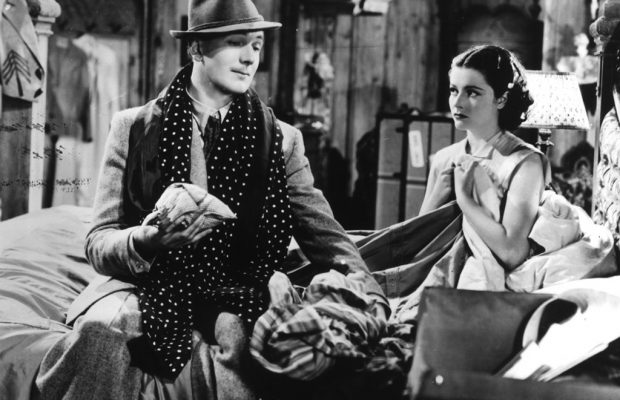 Toronto Film Society presented The Stars Look Down (1939) on Sunday, October 18, 1981 in a double bill with Passport to Pimlico as part of the Season 34 Sunday Afternoon Film Buffs Series, Programme 2. 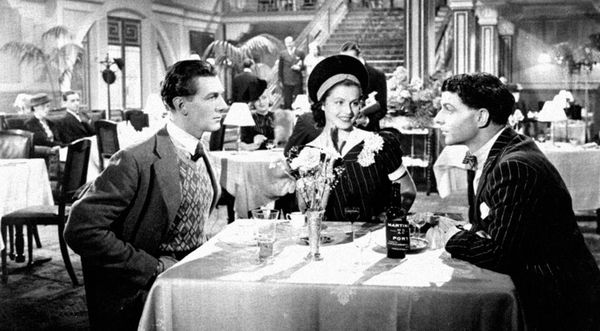 In northeast England, David Fenwick (Redgrave) is the son of a miner who leads a strike against the working of an unsafe mine.  He is doing well at university and meets Joe Gowan (Williams), an ambitious young man from his home village.  David falls in love with Joe’s former girl friend, Jenny (Lockwood), and they marry.  To support her, David becomes a teacher in his home village of Sleesdale, but Jenny becomes bored and discontented, especially after Joe returns to Sleesdale with a contract that will involve the miners agreeing to re-open the unsafe mine.  David opposed this as his father had, but Joe persuades the union it is due to personal antagonism.  Soon after work begins, the mine is flooded and a terrible disaster follows, with David’s father and brother among the dead.

Carol Reed’s first successful feature, based on A.J. Cronin’s novel about the life of miners, is not only one of the best British films of the Thirties but also bears more than favorable comparison with John Ford’s later How Green Was My Valley.  Its delineation of life in a mining village, its sensitive creation of atmosphere, and such scenes as the lock-out, the pillaging of a local shop, and the disaster have a persuasive air of realism and deeply-felt sincerity.  At the time, Graham Greene, commenting on the inevitable comparison with Pabst’ Kameradschaft, felt it “can bear the comparison,” while Richard Griffith felt “it was, rather, less symbolic and more deeply rooted in human living than any film dealing with working class that I can recall.”  Michael Redgrave gives one of his most persuasive performances. 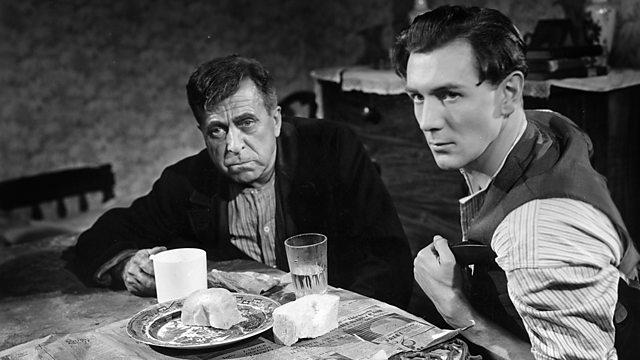 …Yet in that same initiatory year was released the youthful Carol Reed’s most serious film, its eye trained on a purely English situation and attempting to be straight as a die with fictionalized facts. Reed had for a basis, of course, A.J. Cronin’s popular novel of the same name, The Stars Look Down; while the film was certainly “grim” as entertainment (so much so that its American distributors long postponed its release), it represented in British studios a new care for artistry as nourished by a new care for contemporary truth.  Undoubtedly, it shared in the strong impetus of the documentary trend encouraged by John Grierson and like-minded men of filmic good will.  Cronin’s deeply sympathetic stress on a social-economic problem, as it affected its human integers, was ideal notice of the wartime turn to be taken by film, when even Noel Coward dropped out of the entertainment circuit to devote his talents to morale-building on the screen.

…Though needlessly harrowing by some observers, and too “socialistic” by our own film industry, The Stars Look Down was deemed by a section of English critical opinion to be Britain’s greatest film to date.  With deliberately rough edges, bluntly posing its simplifications, it has few or no touches of the cultured graces.  But it set a standard for British realism and sharply defined the spirit, at once stolid, dignified and persevering, that carried England with credit through the worst assault by air in the history of modern warfare.  Thus a shaft of moral beauty is able to emerge from its sordid depths, the raw, unrelieved quiver of its maltreated, maltreating humanity.  It is direct, forceful speech, not too fictionalized,  in behalf of man against the faults of economic systems as well as mining seams.