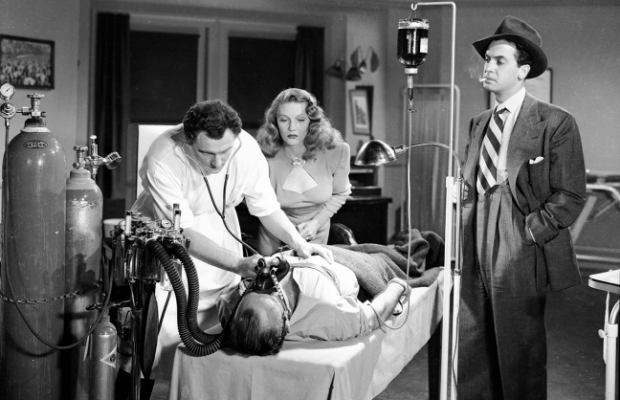 Toronto Film Society presented Decoy (1946) on Monday, July 24, 2017 in a double bill with The Killer That Stalked New York as part of the Season 70 Summer Series, Programme 3.

I watched Decoy several years ago and was quite astonished by it.  The female lead was beautiful and awful, just like villainesses should be.  But who was this beautiful actress?  Certainly no one I had ever heard of.  I did a bit of research and found there was very little written about her or the director, and what there was, is in our programme notes.

What I can tell you is, Monogram Pictures mostly produced and released low budget films between 1931 and 1953 and were generally referred to as one of the Poverty Row studios which released B pictures.  The idea behind the studio was that when the Monogram logo appeared on the screen, everyone knew they were in for action and adventure.  Decoy was considered Monogram’s best film noir, directed by Jack Bernhard, starring his wife Jean Gillie, and was based on an original story by writer, and later producer, Stanley Rubin.  Decoy had initially been developed as a radio script for “The Whistler” series.

British actress Jean Gillie’s first uncredited film appearance was in the British 1935 movie Brewster’s Millions.  She was cast in five more films that very year, appearing in many others for the next eight, until her American debut in Decoy.  These British films did not prepare audiences for her performance in tonight’s film as Margot Shelby, one of the toughest femmes fatales of the 1940s.  This transformation preceded a similar shift when another British actress, Peggy Cummins, was cast as Annie Laurie Starr in the 1950 Gun Crazy after years of girl-next-door roles—which, incidentally, TFS will be screening here next Monday evening.  Just as Cummins dominates Joseph Lewis’s film, Gillie holds Decoy together with her performance, and without her it would have been just another Poverty Row film saddled with an incredible and implausible plot. 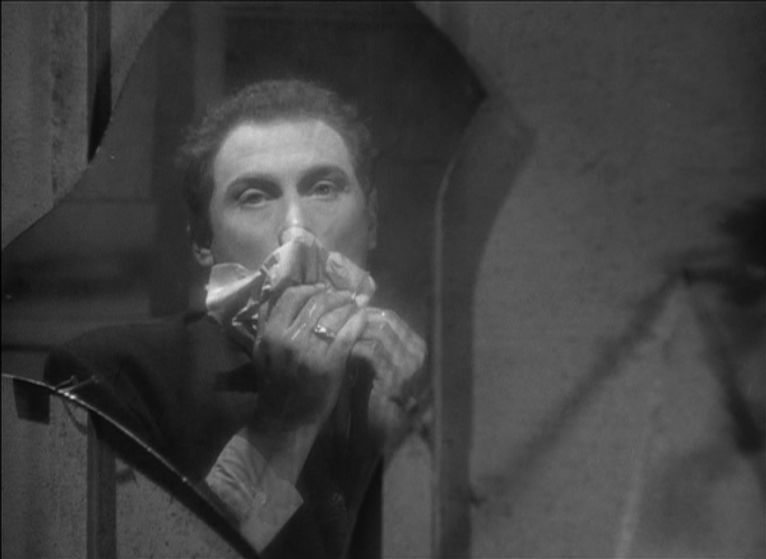 To say that Decoy simply fits into the category of film-noir is a gross understatement. Jean Gillie’s Margot Shelby is indisputably one of the most fatale femmes in the history of the genre, and the extent she’ll go to unearth $400,000. makes for a plotline that will leave even modern-day viewers wide-eyed. “She’s the brains,” says Molly Haskell, the film critic and historian. “She’s running the show. And not to any man that comes across her path is she loyal. It’s kind of interesting in a way, because there are very few femmes fatales who don’t have a little time for love and seduction—but she really doesn’t.”

Gillie plays a would-be English aristocrat whose sugar-daddy Frankie Olins is locked up for stealing $400,000. from a shiny red bank truck, and killing its driver, two days before Christmas. The State of California sends him to the gas chamber, but he’s convinced that an appeal would save him and is stubborn enough to refuse to disclose the whereabouts of the loot unless he walks. Margot has a different plan in mind that, although realistically ridiculous, is narrated well enough to prevent us from dismissing it completely. She feigns love for a lowly but respectable family doctor by the name of Lloyd Craig, who just so happens to work two days a week as the officiating doctor at the state prison where Olins is to be executed. She coerces him to slip Frankie a dose of methylene blue, the supposed antidote to hydrocyanic gas, during his post-mortem, with the intention of bringing him back to life and thus discovering the whereabouts of the stash.

Surprisingly little is known about director Jack Bernhard. The film was his first directorial effort, though he had produced several films for Universal before the Second World War, most of which are strangely not unsimilar to Decoy. Man Made Monster (1941), like Decoy, borrows from Mary Shelley’s Frankenstein, and features a mad scientist who makes himself an electrically-controlled monster that obeys his every command. Horror Island (also 1941) shares with Decoy the treasure hunt motif; The Strange Case of Dr. Rx (1942) has to do with a Hippocratic Oath refuting doctor, even slightly more twisted than Lloyd Craig; and Smooth as Silk (1946) is the tale of an actress who will do whatever it takes to get what she wants—not for $400,000., mind you, but to land the lead role in a play.

Bernhard apparently met Jean Gillie (born Jean Mabel Coomber) in London, England during his wartime service. She had appeared in a handful of lighthearted comedies, mostly musicals, released in her native England. After a quick marriage and a return to California, Bernhard did Decoy largely to showcase her talents. His intuition was spot on, as Gillie’s performance is even brilliant enough to redeem the picture from a myriad of deficiencies. As Geoff Mayer writes in the Encyclopedia of Film Noir, “Gillie holds Decoy together with her performance, and without her it would be just another Poverty Row film saddled with an implausible plot.” By the end of shooting, however, Gillie and Bernhard had broken up, and their divorce was made official the following year. She would only make one more film, The Macomber Affair (1947), starring Gregory Peck and Joan Bennett, before her sudden death from pneumonia two years later, at the age of 33.