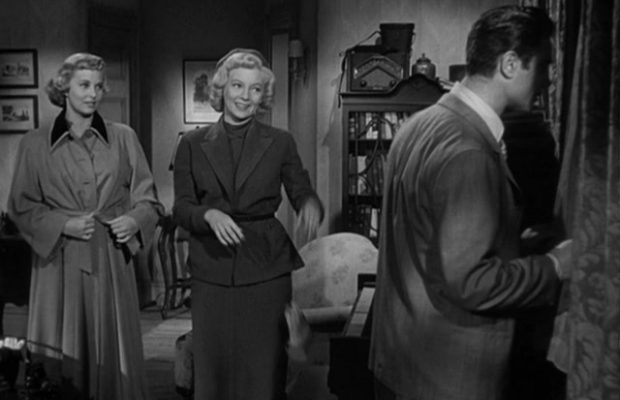 Toronto Film Society presented The Killer That Stalked New York (1950) on Monday, July 24, 2017 in a double bill with Decoy  as part of the Season 70 Summer Series, Programme 3. 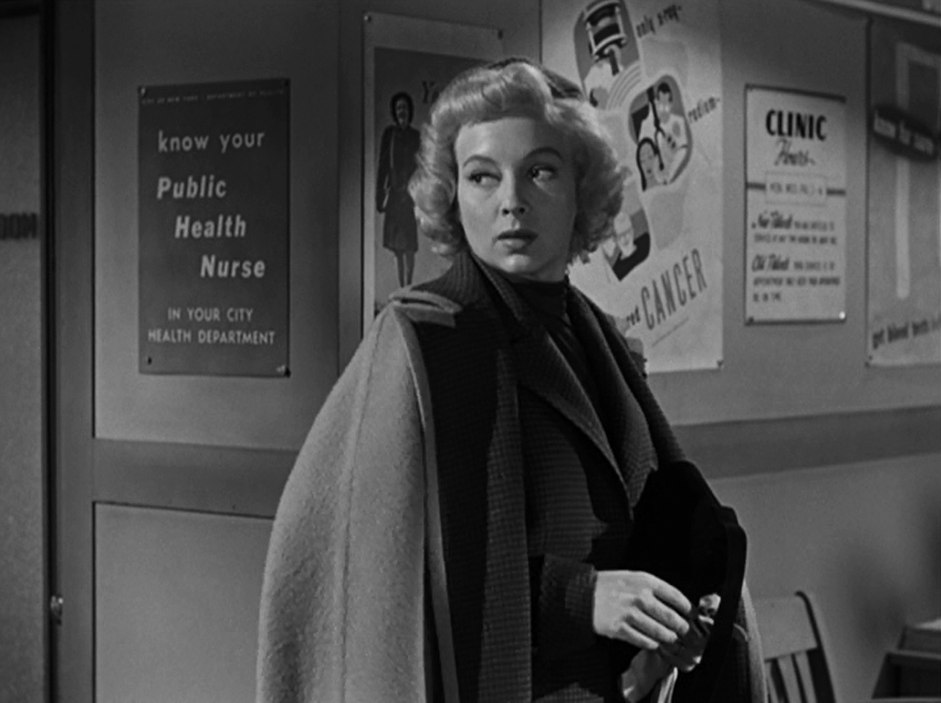 Beverly Washburn is a name few of us know—unless, perhaps, you are a sci-fi and horror film buff.  Born into a family with a vaudeville background, she was a child model and making movies by the age of six.  You may remember her as the neighbour girl in the 1957 Disney film Old Yeller or as a regular on Loretta Young’s TV program.

The Killer That Stalked New York was Beverly’s first film and she mentions what a fluke it was that she was ever cast.  Her agent kept sending her on auditions but without any screen credits, the filmmakers didn’t want to take a chance casting her.  But of course, without a chance, she was never going to get her first role.

While she and her mother were sitting in the lobby for her audition for tonight’s film, they were given a script.  When her mother read the description for the character Beverly was auditioning for, she was sure her daughter wouldn’t get the part, solely based on her physical attributes.  Beverly was blond and blue eyed and Walda Kowalski was described with long brown hair and brown eyes.  But always a supportive mother, she told her daughter that although she wasn’t quite what the studio was looking for, she should just go in and do her best.

But before it was Beverly’s turn to audition, a family acquaintance, stuntman, actor and Sally Field’s stepfather, Jock Mahoney walked by and noticed them.  When they told him Beverly’s dilemma, he took a moment to go in to speak with the producer, someone he knew, talking her up and telling him that Beverly already had many credits under her belt.  Basically, without Mahoney’s baloney, Beverly would not have gotten the role.  And with this being a speaking role, she now had a film credit to add to her resume.

Meanwhile, Evelyn Keyes was dealing with a lot of personal stress while she was making tonight’s film.  She married four times in her life and was going through a divorce from her third husband, John Huston.  And once her employer, Columbia head Harry Cohn, got wind that she was again single, he harassed her continually.  Known for his crudeness, he was rather graphic when he talked about what he thought her relationship was with Kirk Douglas, whom he highly disliked and whom Evelyn was only platonically involved with.  She had this underlying idea that Cohn, perhaps even herself, was unconsciously steamrolling her along the road of sabotaging her image with her audience by having her portray characters such as a deaf social worker in Mr. Soft Touch followed by her role in The Killer That Stalked New York. 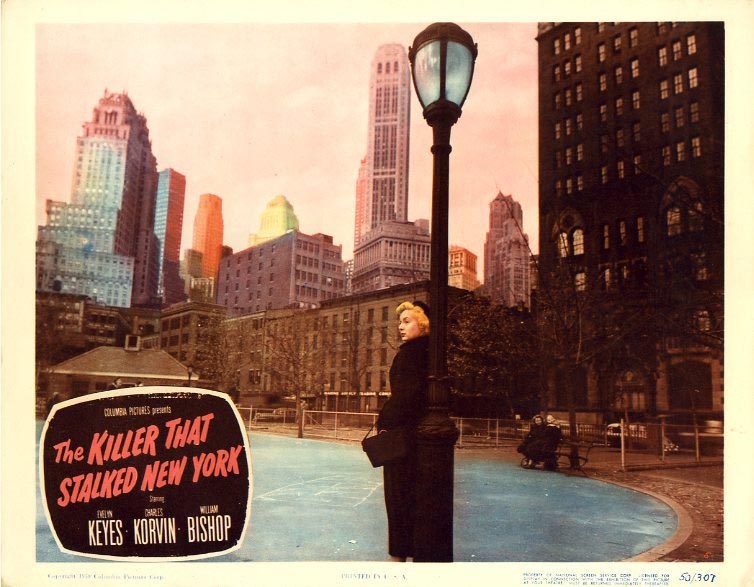 Plotline: Sheila Bennett returns to New York City from Cuba following a seemingly successful diamond smuggling mission. Unbeknownst to her; to her treacherous husband and sister; to the T-man tailing her; to her doctor; and to millions of innocent New Yorkers going about their daily business, Sheila is making an attempt on each of their lives by means of something else that she brought back from Cuba—the deadly smallpox contagion.

Background: The film’s basis is an actual 1946 smallpox scare, as a result of which millions of New Yorkers received free vaccinations. Come April of 1948, Hearst’s International-Cosmopolitan Magazine had published an article written by Milton Lehman titled Smallpox, the Killer That Stalks New York, that documented the ordeal, and upon which the script for The Killer That Stalked New York was based.

Harry Essex’s script made quite a few adjustments to history—all in the sacred and irreproachable name of dramatic effect. In actuality, it wasn’t a bombshell blonde of a diamond smuggler that introduced the disease into The Big Apple, but a male exporter of leather goods returning from Mexico, named Eugene LaBar. Though he did in fact spread the virus throughout an area of New York City, prompting about 5,265,000 vaccinations, LaBar and a young pregnant woman named Carmen Acosta were the only confirmed casualties of the outbreak.

Essex’s script did maintain a few historically valid details. New York City Mayor William O’Dwyer was, indeed, performing duties as umpire at a neighbourhood boys’ baseball game when commissioners arrived to discuss the outbreak with him; pharmaceutical companies really did run out of single dose vials before releasing the vaccine in bulk, against medical regulations; and an Army Medical Center Laboratory in Washington, D.C. had to provide the smallpox diagnosis because, as a doctor in the film states, “There are only two or three labs in the entire country that have specialized personnel to do it. It’s an immensely complicated procedure.”

Unfortunately for Columbia, Fox brought out Elia Kazan’s Panic in the Streets around the time The Killer That Stalked New York was wrapping. Though Kazan was not yet at the heights to which A Streetcar Named Desire (1951) and On the Waterfront (1954) would take him, he had already won a Best Director Oscar for Gentleman’s Agreement (1947), and his brilliant craftsmanship was evident in Panic. This, along with the nearly identical plot material (Panic featured the bubonic plague), prompted Columbia to delay Killer’s release for another six months, when Panic’s run would be over. But as Jeff Stafford of TCM.com writes, “They needn’t have bothered since most critics and moviegoers at the time considered The Killer That Stalked New York little more than a typical B-movie. Bosley Crowther in The New York Times dismissed it, writing “…unfortunately, the script of Harry Essex, based on a factual magazine piece, has a bad tendency to ramble…. And the performances of the principal characters, while adequate, have little punch…a potentially but not sufficiently intriguing film.”

The film may not stand out, nowadays, as a first-rate film-noir, but it is an interesting exercise to foil Evelyn Keyes’ Sheila Bennett against all the other femmes fatales in the genre. The diamond-smuggling, disease-ridden Bennett is a Dangerous Dame like any other: She isn’t at all what she seems; she’ll do just about anything to fulfil her (typically wealth-driven) desires; she’s alluringly beautiful, smart, and charming; and she traps men in dangerous and compromising situations.

But she’s the first one to do it with smallpox.