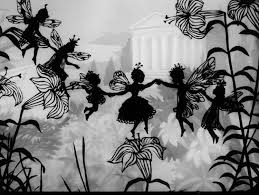 The Cure, Papegeno, & Film and Reality

A satire on the cures of steam rooms and massage, this comedy has fast action, subtle pantomime and examples of Chaplin’s graceful agility. Although his makeup in this film is the traditional one of the Tramp, Chaplin does not play the part of that pathetic figure, but of a wealthy eccentric.

This print is one recently acquired for the Canadian Film Archive by the Central Office of the NFS Ottawa from the National Film Library of the British Film Institute, London. This silhouette fantasy by Lotte Reiniger is probably one of the best examples of her charming and virtually unique craft. Based on themes from Mozart‘s opera, The Magic Flute, it shows how Papegeno, the cheerful bird-catcher is able with the help of his bird friends to kill the serpent; and how his lover Rapagena is returned to him on the back of an ostrich. The sets are cut out of black paper and the movable parts are cut from thin black cardboard. These parts are articulated by wire hinges in order to make for a large variety of movement.

Cavalcanti attempts the difficult task of describing the development of the realist approach to films from their inception fifty years ago until the commencement of the war. This he does by giving a linked series of excerpts from some fifty different films.

The progress of the art of the film may be said to lie in its development away from the theatre. Thus we see in Part One how much the early films relied on theatrical themes and technique.

Part Two shows how news reels ran parallel with this trend. But there is no imaginative use of the material. Of special interest in this section is Ponting’s With Scott in the Antarctic (1913) which is probably the first long film of a documentary nature.

Part Three deals with documentaries of far-off lands and includes beautiful excerpts from such films as Man of Aran, Moana, Grass, Nanook of the North, and Voyage Au Congo.  A film like Pays du Scalp is an ethnological study and many films which might loosely be described as “romantic“ because they deal with remote lands have a particular relevance to our own society – as is shown by books such as Freud’s Totem and Taboo, Thompson’s Aeschylus and Athens, and similar studies. Moreover, Grass, from which we see the wonderful scene of the crossing of the river, deals with the biannual trek of the Baktyari tribe in North West Persia in a continuous quest for food for their flocks — a classic of realism.

Part Four deals with the sociological development of the documentary of life at home and has a special appeal to those interested in the art of the film. We are shown sequences from Rien Que Les Heures and Berlin – note the rhythm achieved by the cutting; The General Line (the milk separating sequence is one of the most famous in film history) – note the long still shots of everything waning for the coming of the water, and then the quicker cutting as the trickle of water becomes waterfalls and torrents: then the final awakening to life of the waiting groups, with even the corn dancing for joy; Zuider Zee – observe the brilliant cutting which achieves a terrific climax as the gap is bridged; Le Mile, with its use of trick photography, slow with rapid motion, and the beautiful contrast achieved by the juxtaposition of the runner in slow motion and clouds in rapid motion; Crifters – see the beauty of motion created largely by abrupt cutting of movement; and many other short extracts.

Part 5, “Realism in the Story Film,” starts well with an old Swedish film and The Covered Wagon. Then we have the artificialities of Tom Mix against naturalistic backgrounds. Following are three contrasts Potemkin and Zola showing a chronological advance in each case. But the next “contrast” is really a comparison only, showing that the theatrical theme and treatment are still extant in modern films, and this scene, Love from a Stranger (1936), is wildly funny since there is no attempt on the part of its director to produce a cinematic conception or even to tone down the acting to filmic needs.

In conclusion, there are three excerpts from modern films which show the infusion of documentary method into story films. Kameradschaft is an excellent example. La Grande Illusion is satisfactory. Farewell Again may, however, be considered a weak example. ~ John Carreau, Montreal Branch NFS.

The Programme Committee wishes to thank members who submitted evaluations on Potemkin. It is important to have your reactions and suggestions as a guide to future programmes, and the National Film Society, Ottawa, will use the information for the benefit of film appreciation groups in Canada. Evaluation forms will be distributed at each showing and they may be dropped into the Evaluation Box which will be in the lobby of the theatre after the performance, or mailed to 255 Grenadier Road.

The Evaluation on Potemkin results in a description of the film as “excellent” and that it makes most present day films “static, polite and feeble.” On the other hand, this film was criticized for its slowness inworking up the mutiny; the sequence dealing with the march of the towns-people to the harbour was felt to be “too staged” and the magnitude of the crowds incredible and overdone. The editing was at fault in its habit of repeating shots and cutting was not done on movement, rather movement was allowed to overlap (an example of this was the woman’s ascent of the Odessa Steps with the child in her arms.) In spite of faults, the emotional impact of the film was felt to be powerful and Potemkin can still be classed as an”outstanding work of cinematic art.”

One evaluation criticized the exhibition of such an ancient film and showed impatience with the idea of screening any films other than modern ones. It is just possible that some other members may agree with this reaction. lt is this possibility which prompts us to consider the function of a Film Society, such as our own group.

This matter will be dealt with at length in a further Bulletin which we plan to have ready for distribution to members on the evening of our fifth performance Monday, March 14, 1949.

REQUESTS FROM MEMBERS. It has been requested that we repeat the Canadian colour shorts, Fiddle-De-Dee, The Loon’s Necklace, and La Poulette Grise. This we will be happy to do, on future programmes.

Members will be interested to know that Imperial Oil Ltd. has bought the Canadian rights to The Loon’s Necklace and have given the prints to the Canadian Education Association for distribution to the Departments of Education and the National Film Board circuits.

Please join us at Diana Sweets 188 Bloor for an informal discussion after the film showing.