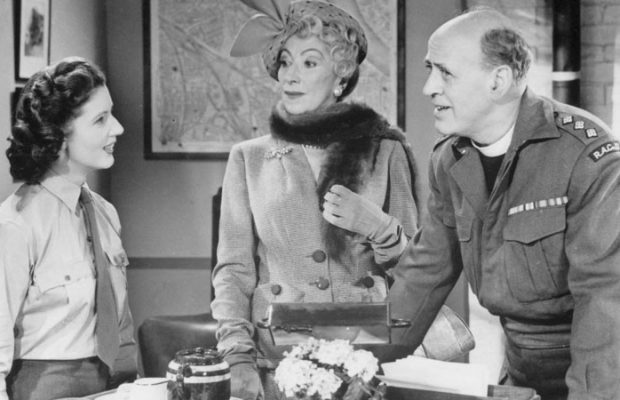 Toronto Film Society presented Folly to Be Wise (1953) on Monday, March 19, 1990 in a double bill with Valley of Song as part of the Season 42 Monday Evening Film Buffs Series “B”, Programme 7.

Alastair Sim puts on the garb of an Army padre who has to organize entertainment for the troops.  He is let down by a concert party, and on the inspiration of his secretary, organizes a “brain panel”.  This includes a local artist and his wife, a professor who is staying with them, a doctor, a labour MP and naturally, the village’s titled lady.  The panel is moving along with only moderate success, until the secretary plants a question seeking advice on marriage.  This leads to a free-for-all between the husband and wife, and the plot moves on from there.

Most critics agreed that the transfer of the James Bridie play “It Depends What You Mean” to the screen was less than successful.  The New York Times notes: “The British Production team of Frank Launder and Sidney Gilliat is attempting to make a mountain out of a mole-hill.  But while they do not succeed in building into towering proportions the fragile theme of what makes a marriage tick, a thoroughly professional cast, abetted by some  sparkling lines, has given this airy charade enough chuckles to make it all seem worthwhile.”

Variety notes: “Little attempt has been made to transform this James Bridie play into a moving film.  There is almost no action, with one incident occupying the major part of the running time.  Launder and Gilliat, who are noted for their “hep” treatment, have dissipated first class talent with a production which will make little impact at the box office, either locally in Britain, or in the United States.”

There is, however, universal praise for the performance of Alastair Sim as Captain Paris.  It is termed “sedately polished and genuinely funny” by the New York Times.  Again, there is general agreement that a veteran, polished supporting cast has lifted greatly a film which could easily have been much less enjoyable than it came out. 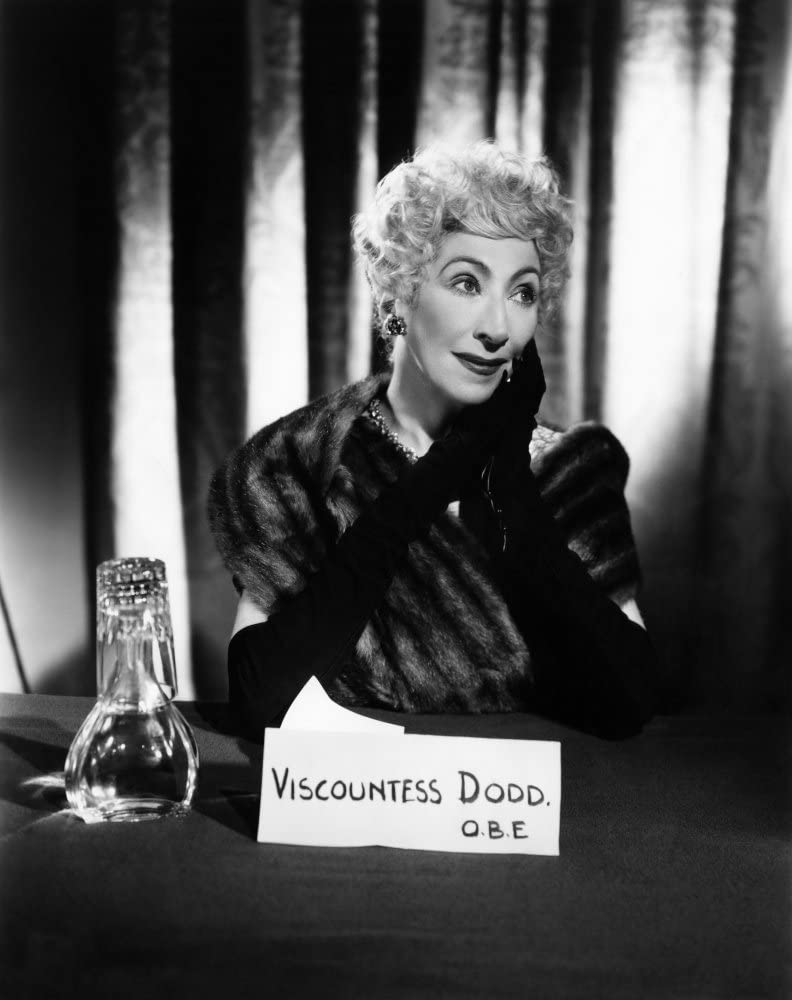 Alastair Sim was born in Scotland in 1900, and made his stage debut in a London production of “Othello” in 1930.  A year later, he made his first appearance on the New York stage debut in “The Venetian”, with a touring Old Vic company.  In the five years before he took to the stage he had been a Fulton Lecturer in Elocution at New College, Edinburgh.  His film debut came in 1935 in Riverside Murder.  During the Second World War he toured with entertainment services.  He was named a Commander, Order of the British Empire, and died in 1976.  The list of outstanding Sim films could go on forever…and ranged from comedy to drama.  His 1951 portrayal of Scrooge in the film of the same name, is one of the most remembered of his performances.  Another is his appearance as Miss Fritton/Clarence in the 1955 Belles of St. Trinians, as well as the Laird in Wee Geordie; Hawkins in The Green Man (1956); Miss Fritton again in Blue Murder at St. Trinians (1957), Stephan Potter in School for Scoundrels (1960) and Cutler Walpole in The Doctor’s Dilemma (1959).

Roland Culver was born i England in 1900, spending a lengthly time on the London stage, including a three year run in “French Without Tears”.  His films included Night Train to Munich (1941), shown last season by TFS, Quiet Wedding (1942), also shown by TFS, Life an Death of Colonel Blimp.  In 1946, he went to Hollywood to appear in To Each His Own for Paramount, Down to Earth for Columbia and The Emperor Waltz for Paramount.

Director Frank Launder was born in England in 1907 and was a civil servant who became a stage actor.  He collaborated on screenplays and wrote original stories for many films, including Rome Express, Friday the Thirteenth, and the Laurel and Hardy Yank at Oxford, The Lady Vanishes, Night Train to Munich and Young Mr. Pitt.  He was producer and co-author of the screenplay for The Rake’s Progress, the first film made by his producing company in association with Sidney Gilliat.  He was also director of The Blue Lagoon.