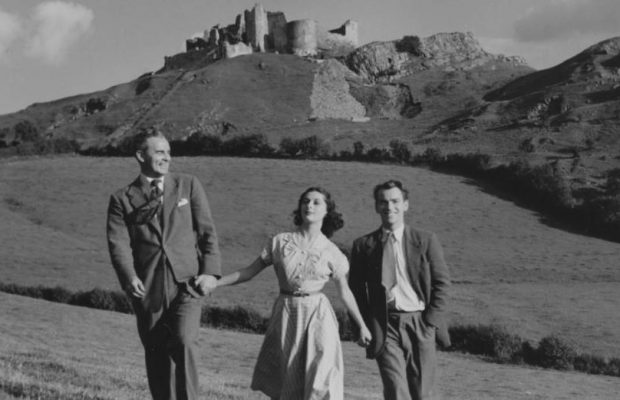 Toronto Film Society presented Valley of Song (1953) on Monday, February 19, 1990 in a double bill with While the City Sleeps as part of the Season 42 Monday Evening Film Buffs Series “B”, Programme 6.

This British-made “tempest-in-a-teapot” story turns into more of a “chaos in the choir loft” situation, in a film rarely seen, and a film not known by many.

The setting is a small Welsh village in the early 1950’s, where time has stood still, where residents are still referred to by their surname and profession (as in Griffiths Minister, Lloyd Undertaker or Bessie Milk).  London is the “big city” a long way away, which Granny remembers as having “so many people” on her choir visit many years ago.  The two family lines which dominate are the Davies and the Lloyds, and as the film unfolds, it becomes more like the Hatfields and the McCoys.

It all starts innocently enough as Geraint Llewellyn (Clifford Evans) returns home from his job at the head office of an insurance firm in London.  His answer to the townsfolk when they ask him when he will return to London is firm…and short…”never”.

However, when circumstances see him take over direction of the parish choir, he probably is ready to change his mind in a hurry.  The uprooting of the slightly shaky-voiced contralto who has sung the main part in the annual “Messiah” presentation by the choir sets off an explosion which reaches every nook and cranny of the town…from grocer to undertaker.  It finally takes two of the “young folk” to bring the elders to their senses, end that feud, and bring the film to a happy ending.

This is a film which Hollywood would not, and dared not have attempted.  The story comes from what was a treasure trove of material in the 1930’s and 40’s and into the 50’s…the radio play.  Beautiful location shot, haunting choral selections and the aura of innocence of the entire production make it truly a delight out of the film vaults.

The film depends heavily on the characterizations of the village residents.  There are those who side directly with family lines, those who are neutral, and those who try to treat the situation with reason.

Clifford Evans (born 1912) was a Welsh stage and screen performer whose film career began in 1935.  He is well-suited to the role of the choir-master who, in his days in the big city has forgotten how veering from the norm can upset the residents of his home village.  Other film credits of note include Love on the Dole (1941), The Foreman Went to War (1942) and his last listed performance on the big screen in SOS Pacific (1959).  He became known to television viewers in the well-produced series “Stryker of the Yard”, in which he played the title role.

Mervyn Johns takes lead billing in this film.  He was born in Wales in 1899, and started his stage career in 1923.  Johns was the father of the popular and elegant British actress Glynis Johns, and was married to Diana Churchill.  And, he somehow had time to be a practising dentist.  His role as the somewhat harried Minister is low-key, but pivotal in the movie.

Both Maureen Swanson and John Fraser, the young couple of this film, made their film debuts in Valley of Song.  Swanson (born in 1932) was a leading actress in the 50’s and 60’s, then retired after a short career.  Her films include Moulin Rouge (1953), A Town Like Alice (1956) and Up In the World (1956) with Norman Wisdom.

Although her billing is almost lost, Rachel Roberts makes a key contribution to the film as Bessie Milk (Lewin), the gossipy woman who would rather see her cart of milk turn sour than miss an opportunity to pass on the latest dirt.  Still a decade away was the classic performance in This Sporting Life, and it was another decade before the teaming with Malcolm McDowell in O Lucky Man.  Valley of Song was the first film appearance for Roberts, who was born in Wales in 1927.  She had been married to actor Alan Dobie, and from 1962 to 1971 was the wife of Rex Harrison.  In 1960, her role in Saturday Night and Sunday Morning brought her international acclaim.

Roberts’ career branched into television in the mid- to late 1970’s, as she was featured on the Tony Randall Show, and in the mini-series “A Man Called Intrepid”.  Film awards included the 1950 Best British Actress Award for Saturday Night and Sunday Morning, an Oscar nomination as Best Actress for This Sporting Life in 1963, Best British Actress for the same picture, and British Academy Best Supporting Actress for Yanks in 1979.  Rachel Roberts committed suicide in 1980. 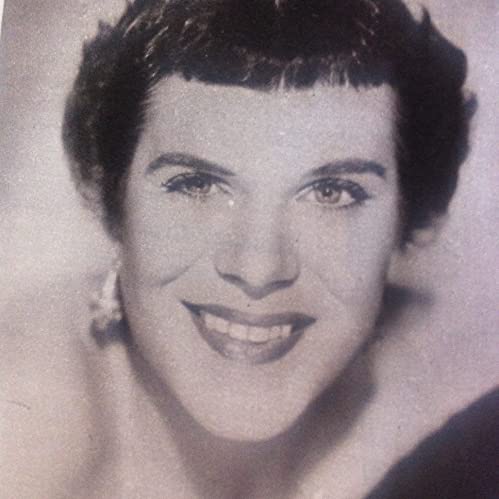 Director Gilbert Gunn was born in Glasgow, and after gaining experience as a playwright, composer and play producer, he entered the film industry in 1935 as a screenwriter.  His work as a director was with smaller studios such as Spectator and Merlin films, and his list of credits will hardly bring any motion picture blockbusters to mind.  They include Tyneside Story, Men From the Sea, The Star and the Sand, Routine Job, Country Policeman and Return to Action.

(Watch for a very brief later appearance in the film by Kenneth Williams as Lloyd Haulage Junior.  Williams was to go on to make a career in more than a dozen of the “Carry On comedy series.)