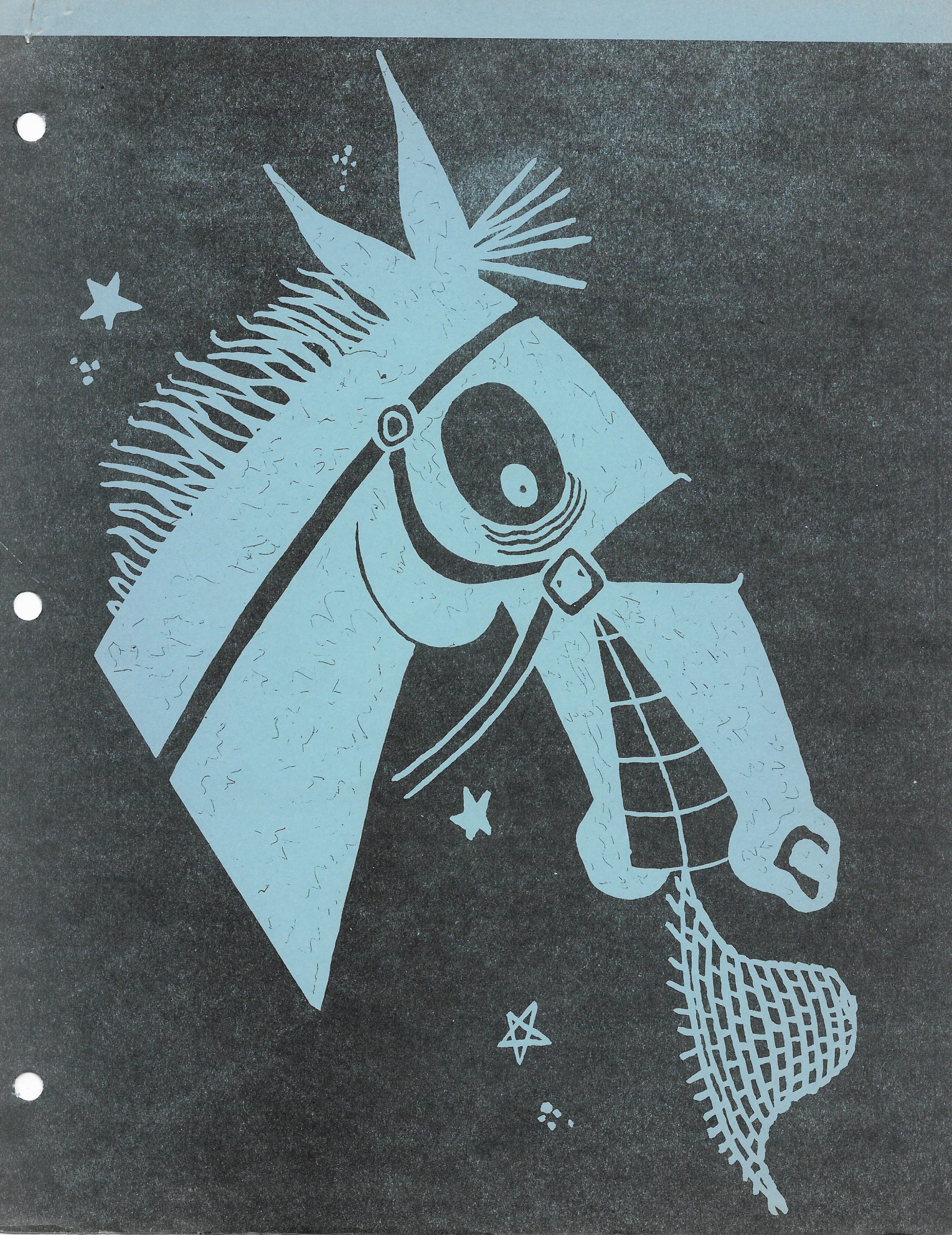 Produced for the American Institute of Planners on a Carnegie Grant, The City has become one of the most celebrated and successful of American documentary films.  Briefly and graphically it described the change-over from the American village of a hundred years ago to industrialism and to an urban life hurried, crowded, confused, one step removed from chaos.  Unquestionably the metropolitan sequence was the most successful single part, with its dry, ironic documenting of the contradictions of megalopolitanism.  …Here, and it was just about the first time, the contrasts had a point, a point which was made by the brilliant editing.  The film came under fire from various quarters, largely because of glossy idealism in its town-planning solution and the inconclusiveness of its end:  ‘Two ways of living: each of them is real, each of them is possible – the choice is yours.’  Actually this was the only statement that could be made, not only because of sponsorship limitations but also because of audience thinking. 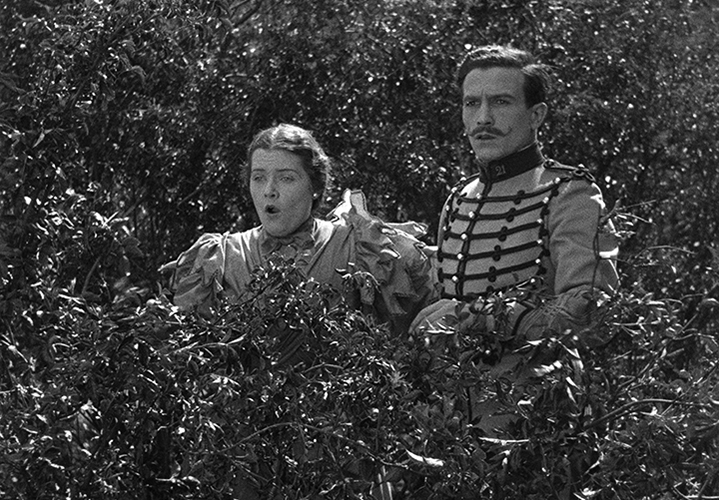 The Italian Straw Hat–a gay and detailed mockery of the French bourgeoisie in the 1900’s–was René Clair’s first major work and established his maturity as a film-maker.

For Clair the 1851 stage farce by Labiche and Michel, on which he based his script, had a particular appeal.  He had already clamored for a return to the primitive in films. In The Italian Straw Hat he was able to make a picture staged and costumed in the period of the cinema’s birth which even looked as though it had been filmed in 1895.  Studio-produced though most of the exteriors are, scene after scene painstakingly and brilliantly captures the very atmosphere and flavor of pictures taken 30 years earlier, when the Lumière employees walked out of their factory at lunch-time and were eternally caught and recorded by the motion picture in a sunlit moment of time.  Here the casual pedestrians and onlookers, who are seen watching the harrassed bridal party arrive or depart from City Hall or home, seem to have stepped straight out of older films, while even the ubiquitous dogs which strayed into almost all early productions not put in a faithful appearance again.  (MMA)

Out of an extended chase for a young lady’s hat (originally removed from her head by a horse), a pyramid of situations evolves, providing the motivation for Clair’s incredible collection of 1895 bourgeois characters.  The search for the hat, whose loss has unwittingly compromised the owner, becomes an excuse to thrust all kinds of pompous, self-important people into undignified situations.  Characters and settings are purposely stylised, costume and domestic habit are made an immediate derisive means of identification, so that as in a pantomime, one associates for formidable, middle-aged maiden aunt with her quivering chignon and massive buttoned boots, the Hussar uniformed like a toy soldier with the excessively waxed moustache which he threateningly strokes, the heavy husband with the mustard bath in which he always seems to be relaxing his feet while his wife is off on a jaunt.

Clair learned from Chaplin, for whom he has the greatest admiration, the value of “building” and timing his visual gags.  Throughout the film his remarkable gifts for visual narration reduce subtitles to a minimum.

As a piece of story telling the film moves slowly enough, but it contains so much carefully contrived humour and is so well acted by the excellently chosen cast that it survives repeated viewings.  “That the film is both too slow and too long for popular entertainment I have no doubt”, writes Roger Manvell, “and the characters of the officer, the fainting wife and the bridegroom’s sorrowful valet become repetitive and tedious…….  It is right to survive as one of the richest and most meticulously made comedies of the silent period of film-making, almost in fact, without equal, except for the best work of Chaplin and Lubitsch.”

A synchronized score from phonograph recordings will accompany the film.

In addition to this, 20 invitation cards to a bilingual discussion at which La Belle et la Bête will be re-screened will be available on a first-come-first-served basis at the Information Desk in the lobby at the regular T.F.S. meeting Nov. 9th.  The discussion will take place Friday, Nov. 13, at the National Film Board, 70 Yorkville Ave; La Belle et la Bête will be rescreened at 7.45 p.m.  Will those who hold double memberships please inform their partners of these two opportunities.

MEMBERS’ EVALUATION ON The Set-Up

PROS:  “A minor–no, a major masterpiece; fine, steely, brilliantly brief treatment; not a loose end, extraneous word or shot, or rough edge”— “The best film expose on boxing conditions; much superior to Stanley Kramer’s highly rated Champion“— “Superb! one of the best to come out of Hollywood in years”— “Enjoyed it very much”— “Fascinated by it, would like to see it many times; one of the best films ever turned out, in every respect”— “Powerful and devastating; as a film with a point of view which it puts over with no pandering to box-office elements, it is admirable; its picture of Paradise City as a world of evil and Stoker, the man who refuses to succumb to it, is full of horror and pity, inferring a comment on the world today; for including this American film in its programme, the Society is to be congratulated”— “A well made average film”— “A beautifully integrated piece of work.”

CONS:  “Subject and setting repellent; left with odd feeling of humiliation that I am a unit in a society where such behavior and practices are commonplace; I realize their existence, but not an uplifting or educational experience to see humans degraded”— “Like most American films, insincere”— “Brutal; not worth seeing; my first objective in seeing a movie is to be entertained”— “I don’t want to see another like it”— “Utter rot; worst film I’ve ever seen; an orgy of masochism and sadism, mental and moral cowardice; if this represents U.S. achievement they can keep their films on their own side of the border; this is the last straw; the Film Society has betrayed me!”

THINGS LIKED:  “Complete lack of pretension; construction of screenplay; Robert Ryan’s performance and the small parts brilliant”— “Very real; players seemed actual people; as in High Noon no scene too long or short; perfect editing”— “Absolute realism, absence of usual Hollywood sweetening; cast well chosen, acting natural”— “Portrayal of crowd characters perfect, not exaggerated as a visit to a match would verify”— “Unswerving honesty, strong dramatic structure, technical perfection”— “Atmosphere of sordidness, sadistic enjoyment of crowd, very good points”— “Highest standard of production and photography; impressions created were realistic and definite”— “Photography and direction created suspense and excitement”— “Excellent direction and acting”— “Excellent atmosphere, characters, photography”— “Compels interest in problems of characters not ‘usual’ for movies, in section of North American life repugnant to the majority; probably the only true motion picture which conforms to the classic laws of drama, e.g. unity of time and place; a unique film, made as a result of its director’s view point, not derivative nor part of a ‘school'”.

THINGS DISLIKED:  “occasionally mawkish lines of wife”— “Audrey Totter as the wife, weak”— “Story sordid without relief; any point of moral lost in excitement of fight sequence; too much play for primitive box-office appeal”— “Subject not worthy of the excellent treatment”— “Theme revolting and disgusting in every respect”.

Critic & Film on The Overlanders:  “Very intereting but not as impressive as the average short film; this probably as it should be”— “I’d like to see the rest of The Overlanders: is it possible to obtain the film for the Society?”— “An excellent idea; could we see the film and the ‘critic on the film’ on some future programme?  This I think would double interest”— “Excellent, but analysis unnecessary”— “Simple and straightforward film requires no special comment”— “After film on Odd Man Out, a great disappointment; gives one no incentive to see Overlanders‘.”

His First Flame:  “Disliked it; too long drawn out with little effective comedy, and no characterization or introspection to make up for it”— “I hope there is Harry Langdon classic such as this shown at future meetings; comedy like that never ages”— “Absolutely wonderful; are there more?”— “Wonderful entertainment; saved evening rom slough of depression”— “Interesting to see mime, but so little good that picture hardly worth while”— “Interesting in comparison to present day films”— “A few good gags; Langdon more pathetic than funny, nonetheless a great comedian; by far the best film on the programme”.

Rome, 11 O’Clock:  The most impressive film shown here for some time.  Director Guiseppe De Santis evidences a technical skill, a compassion for people and social consciousness that should absolve him of the charge of mere sensationalism.  If you missed this at International Cinema you can eventually see it at the Pylon on College St. which shows most Italian films.  It’s worth watching for.  The Final Test:  Another amusing and moving Terence Rattigan-Anthony Asquith collaboration; Jack Warner and Robert Morley are capital.  The Actress:  Wholly charming screening of Ruth Gordon’s play ‘Years Ago’, played with easy skill by Spencer Tracy, Jean Simmons and Teresa Wright.  Two novels somewhat softened for the screen but still providing good film fare.  The Cruel Sea:  a well-made and worth, if not inspired, British naval saga; and From Here to Eternity:  a terse, engrossing job by Fred Zinnemann and certainly the least starry-eyed view of U.S. Army life in Hollywood history.  Genevieve:  One of the brighter and fresher British comedies, with an unusual all-harmonica musical background by Larry Adler.  Stalag 17:  Billy Wilder’s expertly staged P.O.W. comedy-melodrama has an even more unique core, consisting almost entirely of drum rolls!  Gengis Khan:  An exotic item that fascinated me.  A Philippine movie, primitive and barbaric, full of violent action and whole-hearted Oriental acting— and, incidentally, knowledgeable camera work.