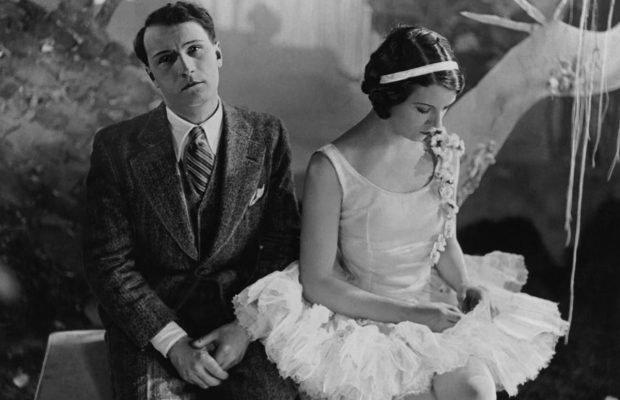 RE SOUND QUALITY AND PROJECTION OF FILMS – All films are tested for clarity of sound and for picture quality before every Exhibition Meeting. Warning has always been given in the programme notes on the few past occasions when it has been necessary to accept a faulty print rather than miss the chance to see an important film.  The distorted sound and difficult-to-read subtitles at the first meeting of the season were most unfortunate but not the fault of the prints used.  The Museum has since had its projectors corrected.  It should be made clear also that the projectors are NOT operated by members of the Society but by professional projectionists.  Members are invited to send in suggestions and comments about projection and are assured that they will be passed on for the guidance of those concerned.

Rien Que Les Heures was a forerunner of the modern documentary and the first to explore the uses of rhythmical editing.  Concerned with the passage of a single day in Paris, it preceded Ruttman’s Berlin: The Symphony of a Great City which similarly attempted to combine images of life in a city in an emotionally satisfactory sequence of movements.  “Rien is uneven and rather lacking in warmth, and in spite of is fine compositions and its fluency, stops short of being a masterpiece; but its influence has been considerable.  Later, of course, this type of film was sofrequently imitated that the whole approach has become a cliché – but that, with a fresh imagination, it still need not be, was recently demostrated by the Swedish director Sucksdorff in his Rhythm of a City.”  (The French Avant-Garde by G. Morrison in Sequence 5)

Cavalcanti began his film career as an art director in Paris where he became famous for Rien Que Les Heures.  In the early ‘thirties he was enlisted in Grierson’s documentary movement and carried the experimental attitude of the avant-garde, particularly with regard to sound, into the British documentary–Night Mail, North Sea, Song of Ceylon.  Under Michael Balcon in the ‘forties he produced or directed Yellow Caesar, The Big Blockade, The Foreman Went to France, Went the Day Well?, Greek Testament, Halfway House, Champagne Charlie; later he directed one of the sections of Dead of Night and Nicholas Nickelby.  Cavalcanti is now living in South America where he was born. 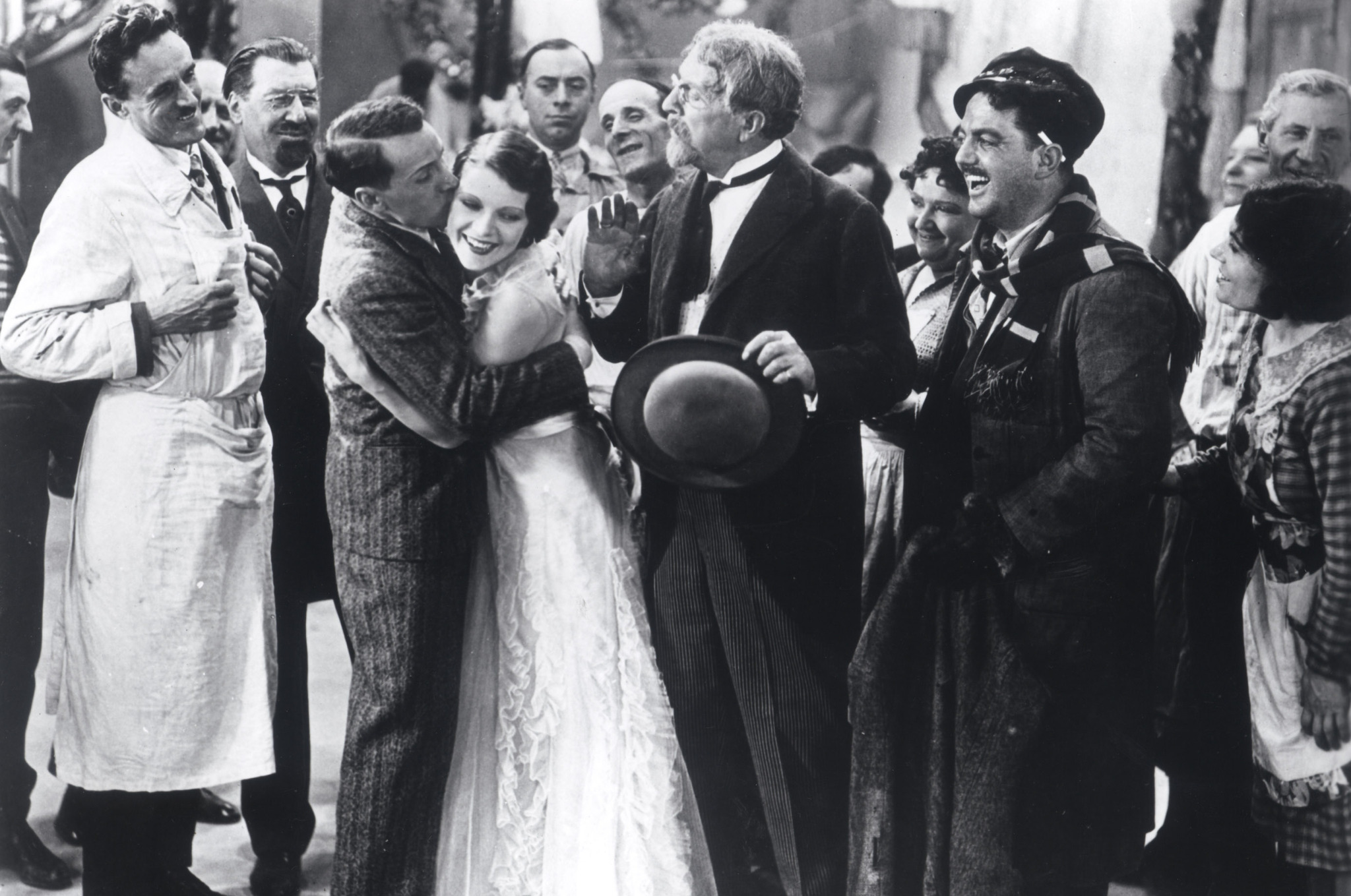 Le Million is a bright and brilliant film, full of wit and fun, and very, very ably directed.  The story is a delightful trifle (a mixture of satire, slapstick and fantasy).  ..In lesser hands Le Million would have been a comedy.  In clair’s it has become a fairy tale.  There is magic in it.”

When the silent film learnt to talk it went through a painful transition, prolonged and ugly as such chrysalis stages usually are.  Then suddenly there appeared, sure, gay and fully-fledged, one brilliant butterfly–René Clair.  ..Clair light-heartedly juggled with sound, made it sing, dance and play the fool.  Already a silent film craftsman of genius, who, in Les Deux Timides and The Italian Straw Hat showed a timing and invention of visual gags equalling Chaplin’s .. he refused to let his camera assume the fixed stare of other sound films, and simply added sound to his already impressive bag of tricks.  Thus his first sound films, Sous Les Toits de Paris and Le Million rely little on dialogue.  .. At the beginning and end of Le Million there are uproarious chase sequences which owe their impetus to the fact that, with dialogue confined to occasional cries of surprise or rage, there is nothing to interrupt the torrent of comic business.  ..

Clair goes further: he uses sound to enrich the comedy.  The music–a succession of captivating tunes–comments on the action: the players move or march to it, they burst into song without warning.  When Michel is carted off to prison, an invisible singer mocks him ad increases his rage; his rival, Prosper, who has just sent him there, is troubled with a melodious conscience.  During the operatic scene, this kind of invention is seen at its subtlest and most charming.  While a vast tenor and soprano bawl out a love-song on stage, the real lovers are hiding behind the scenery, and their flirting acts out the words; when the lyric speaks of the moon and falling leaves, it is a property moon and paper leaves that we see.  And of course, there is the famous visual pun .. (in which–at the climax of the pursuit for the coat containing the precious lottery ticket on the stage of the Opera House–American “football films” of the period are burlesqued.  If one can remember the early gangster films, pre George Bancroft, their take-off will be appreciated in Clair’s handling of the gangster and his minions.)

The use of sound in counterpoint rather than in supplement to the images was revolutionary in 1930, and its full implications have yet to be acted upon by today’s craftsmen.  A truly international sound film, Le Million dispenses with overprintd English subtitles because none are needed to clarify its story.

Unvavorable comments: “bordered on farce to too great a degree” — “some scenes melodramatic” — “confusing for non-French speaker” — “climax of dance overdone” — “continuity jumpy” — “story disjointed” — “story line lacked cohesion” — “one of the most ridiculous films I have ever seen; has no place in repertoire of a Society” — “Renoir’s ‘exile’ to Hollywood highly understandable” — “Gallic banality” — “very disappointed; farcical way in which subject treated makes it impossible to regard as social study but only, as Renoir himself called it, a ‘divertissment’, and rather a poor one” (this last from a French member) — “I am not at all sure just what Renoir’s intentions were, but if he actually intended a serious social study I feel he failed woefully as one never really gets to know the characters and the whole thing erupts into sheer slapstick farce toward the end” — “You pulled a bloomer!”

Two members (favourable) compared the film with Scott Fitzgerald’s works, one mentioning The Beautiful and the Damned, the other The Great Gatsby.

Severe criticism of the SOUND at this whole showing was widespread–also of difficulty of seeing subtitles.

The Undefeated and A Dog’s Life:  Admiration and enjoyment of these films appeared unanimous on forms turned in.

Seven Days to Noon: Roy and John Boulting’s tense, topical and beautifully shot and edited thriller; as close to the perfect movie as you’re likely to see in some time.

A Place in the Sun:  George Stevens’ earnest, skilled and moving attempt to film Dreiser’s An American Tragedy.

Teresa:  Another of Fred Zinneman’s searching, compassionate movies about contemporary humanity’s problems; not quite as good as The Search or The Men but worth-while.

Watch for – Chance of a Lifetime, “an out-of-the-rut, agreeable, enterprising and modes film about a factory taken over by the workers, and their eventual relieved acceptance of the boss’s return” (Coming to the Studio Theatre).

NEXT EXHIBITION MEETING:  DEC. 10:  Buster Keaton in The General, Animules and Christmas Under the Sun