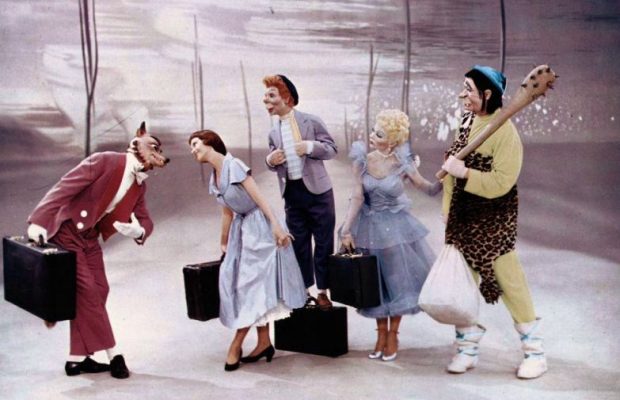 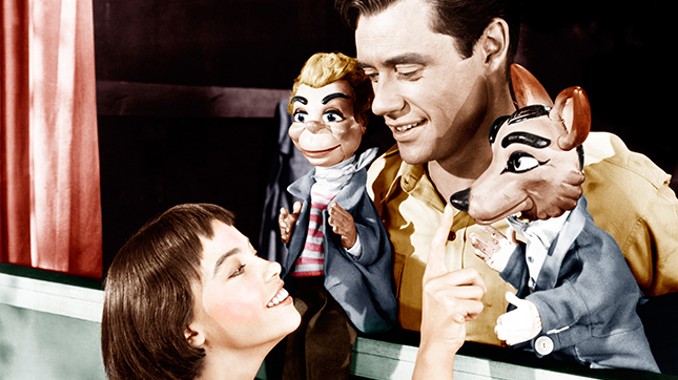 At last, the simplicity and freshness which the little French actress, Leslie Caron, showed in her screen debut in An American in Paris has been captured again in a film.  This time it is in Metro’s Lili that the elfin and winsome dancing star with the odd little face and the mobile figure once more demonstrates her youthful charm.  And the consequence is that she helps Lili to be a lovely and beguiling little film, touched with the magic of romance and the shimmer of masquerade.

To be sure, it is not she entirely who deserves admiration and praise for the sweetness of this little picture.  Helen Deutsch, who composed its fairy fable from a story by Paul Gallico about an orphan girl and a puppeteer in a French carnival deserves her portion of the praise, for she has put together a frankly fanicful romance with clarity, humor and lack of guile.  Charles Walters, who prepared the simple dances and directed, deserves his portion too, and Edwin H. Knopf, who produced for Metro, should likewise take a bow.  He has maintained a touch of quiet authority and a unity of design in the whole thing.

Certainly the various craftsmen who designed the carnival sets, as spangled and gay in Technicolor as such things invariably are; the fellows who did the tinkling music and the others who moved the puppets and such, as well as those who handled the filter lenses on the color cameras, should get a nod.  It is in the pictorial mountebankery and the waltzing music of the accordions, written by Bronislau Kaper, that a good bit of the charm resides.

And, of course,, we are not overlooking the attractiveness of Jean Pierre Aumont as the amiable carnival magician with whom the little orphan first falls in love; nor the razzle and dazzle of Zsa Zsa Gabor as this gentleman’s assistant and secret wife, nor the poignant austerity and confusion of Mel Ferrer as the crippled puppeteer.  They all contribute personal tone and color, as do Kurt Kasznar as a loyal friend to the pitiful puppet-master and others in lesser roles.

But we still must return to Miss Caron as the focus of warmth and appeal in this delicate entertainment that relies very largely on her charm.  For it is her patent air of naive credence, her bright smiles and the softness of her voice that win full belief and affection for her lonely orphan girl.  It is her childish manner with the puppets that seals the fragile bond of wistful communication that forms the critical hinge of the plot.  Ant it is her grace and beauty in the ballets and her initial signing of the song, “Hi-Lili, Hi-Lo”, that gives vitality to these otherwise banal little things.

Thank goodness, it’s not necessary to wonder what Lili would be without Miss Caron.  She’s in it and it’s a lovely little picture.  Let’s hope she may have many more. 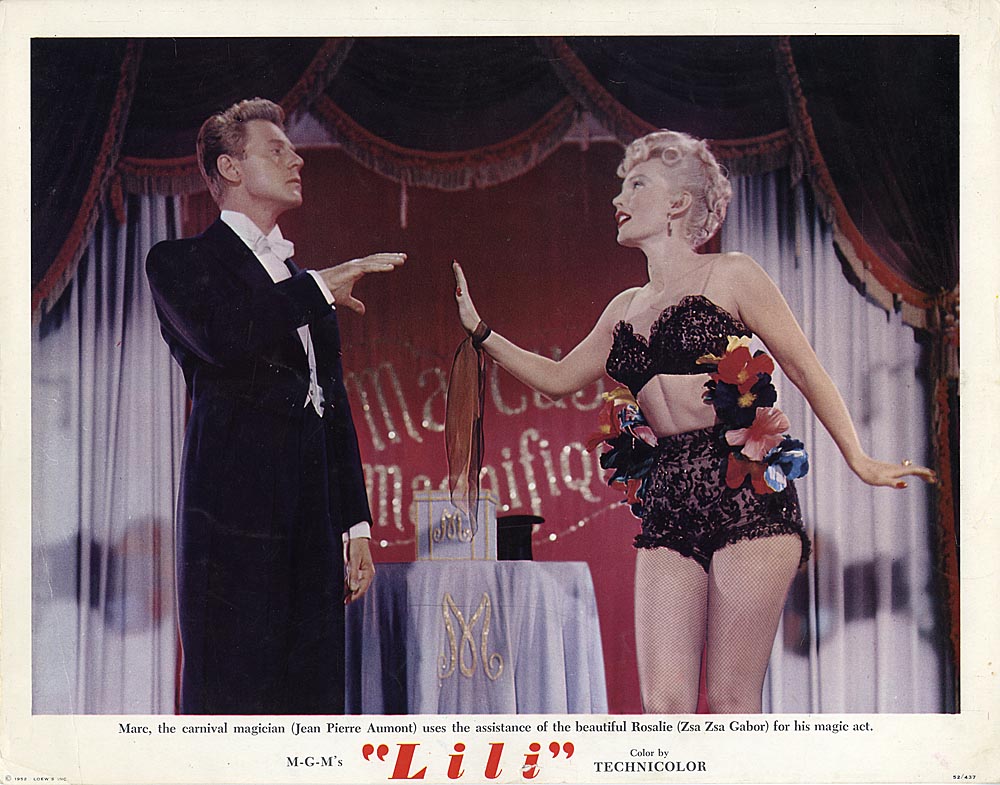 This ingenuous little fable of an orphan girl and a crippled puppeteer in a rag-tag-and bobtail French carnival possessed the simple grace and charm of a spontaneous fanciful creation within an artful and clever theatrical frame.  It was exceptionally adroit and tasteful cinema, combining color design, music, ballet and very fragile and touching characterizations by Leslie Caron and Mel Ferrer.  Miss Caron, indeed, was the magic creature on whom the whole masquerade turned.