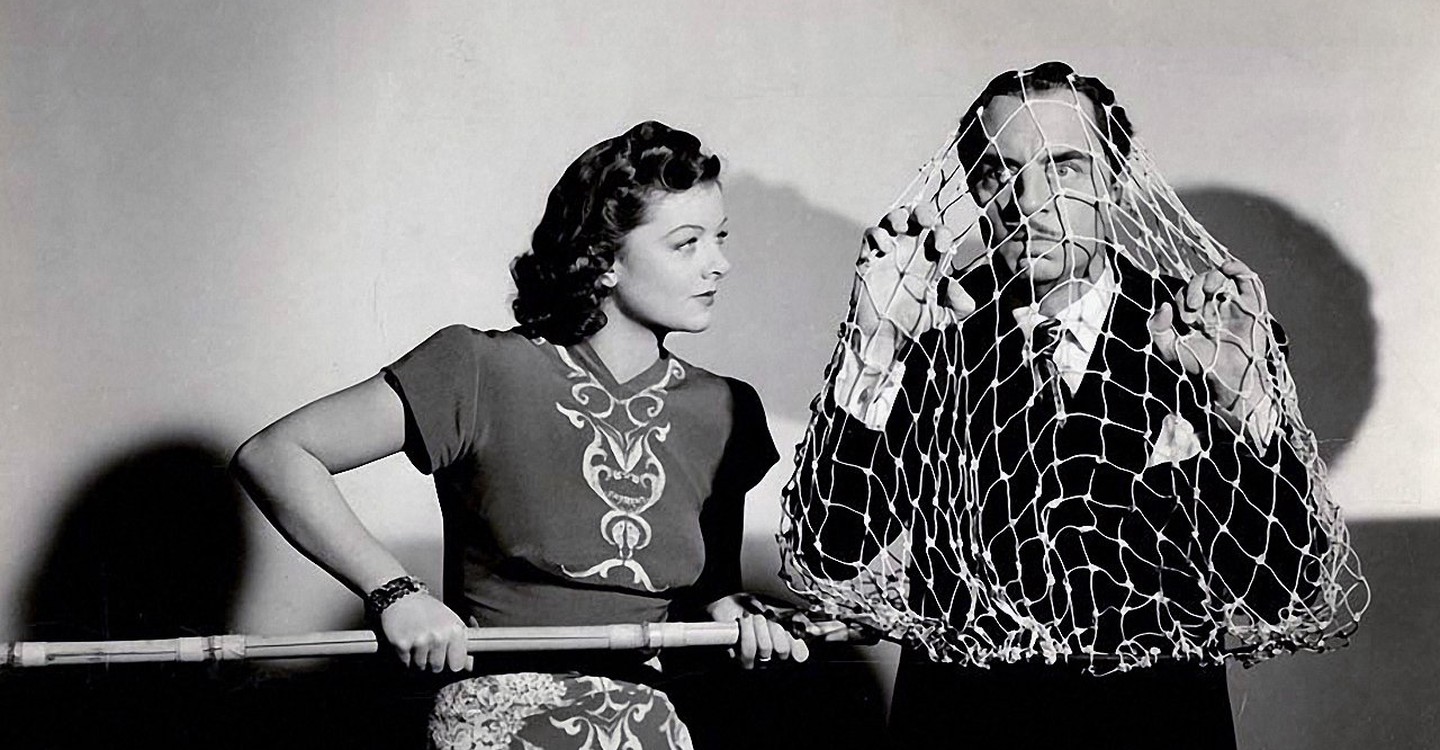 Love Crazy, William Powell and Myrna Loy’s tenth film together as a team out of an eventual 14, was welcomed with rave reviews when it opened in the troubled climate of 1941.  Critics and audiences alike seemed to appreciate the film’s light-hearted mood.  Bosley Crowther wrote in The New York Times: “The steady progression toward insanity which has been perceptible in the William Powell-Myrna Loy films is climaxed by a perfect consummation in their latest.  Everyone who worked on the picture must have trained rigidly on a routine of old slapstick comedies and a diet of loco weed, for most of the wacky tricks ever used have been tossed into it.  Miss Loy never looked nattier and Mr. Powell never acted such a nut.  What more could anyone want?”

William Powell and Myrna Loy play Steven and Susan Ireland, a happily married couple celebrating their fourth wedding anniversary when they are interrupted by the unwelcome arrival of Susan’s mother (Florence Bates at her entertainingly obnoxious best).  Steven soon wanders out in search of other entertainment and runs into an old flame (Gail Patrick).  Complications ensue and soon his wife is threatening to divorce him.  Determined not to lose her, Steven seizes on the fact that she can not proceed if he is declared insane.  He succeeds in convincing those around him that he is insane, only to find himself clapped into a sanitarium and faced with the still more difficult task of convincing those around him that he is sane.  He eventually escapes by shaving off his moustache and disguising himself as his own sister, convincing his wife to relent and take him back.

As one critic noted, Love Crazy succeeds primarily due to “Powell’s great ability as a farceur.”  The sequence with him got up in drag, while a far cry from his usual appearance as a suave villain or a debonair leading man, is a comedy classic.  Myrna Loy provides the perfect dignified foil for his madcap antics.  In 1936, Loy had been crowned “Queen of the Movies” as Hollywood’s top female box office attraction, a status she owed largely to her successful pairing with Powell in The Thin Man (1934) and other films that followed. 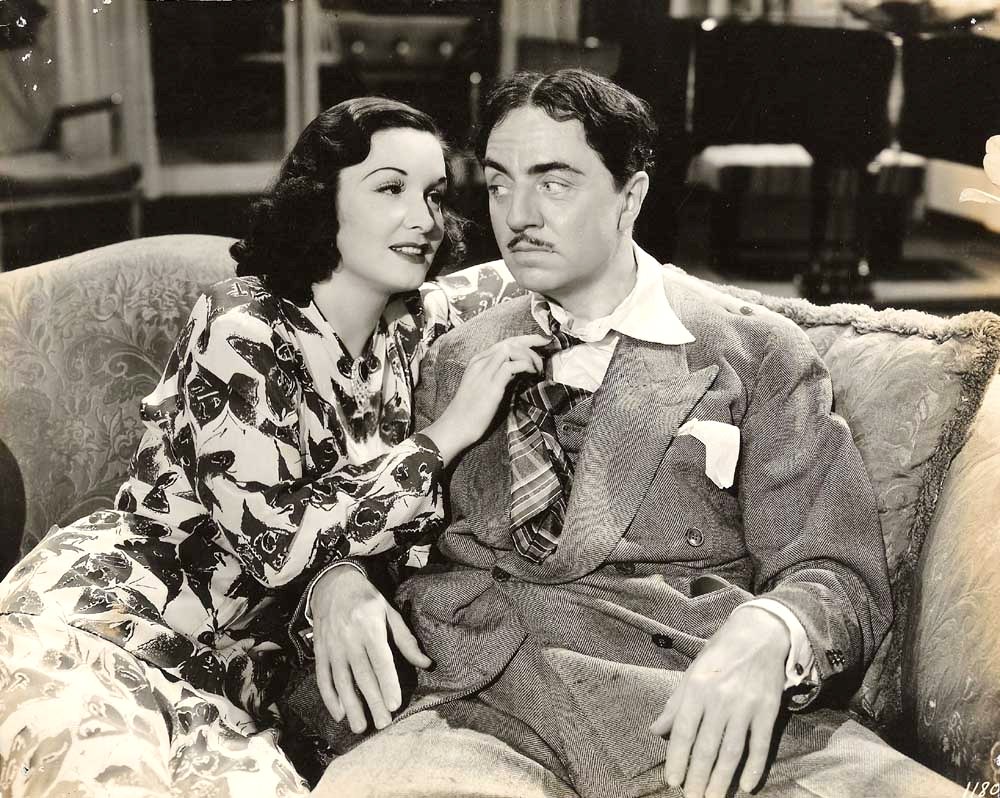 Several of the supporting players in Love Crazy are also worthy of mention.  Gail Patrick made a career out of playing wicked women, following her arrival in Hollywood as a finalist in Paramount’s search for the ideal “Panther Woman.”  Florence Bates had been discovered by Hitchcock for the role of Joan Fontaine’s employer in Rebecca (1940).  Elisha Cook, Jr., who appears here as an elevator boy, went on to fame as a small-time gangster in The Maltese Falcon (made in this same year) and The Big Sleep (1946).

The director of the film, Jack Conway, is once again dismissed by Andrew Sarris who maintains that “few of his films are worth mentioning even in passing.”  It is noticeable, however, that he had previously directed Powell and Loy in the highly successful Libelled Lady and was also responsible for the 1935 version of A Tale of Two Cities.