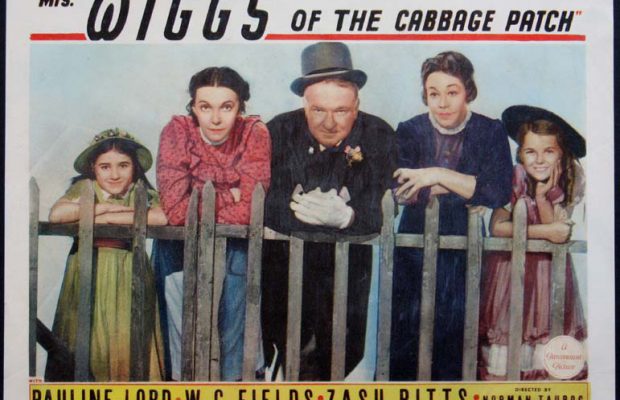 Toronto Film Society presented Mrs. Wiggs of the Cabbage Patch (1934) on Monday, February 12, 2018 in a double bill with My Little Chickadee as part of the Season 70 Monday Evening Film Buff Series, Programme 5.

He had an unhappy childhood with an abusive father  (though he may have later exaggerated this) and ran away, briefly, from home at the age of 11. He had little formal education, but he was a great reader in later life with an especial admiration for Charles Dickens, and had what was probably his best film role as an ideal  Mr Micawber in the 1935 MGM  David Copperfield.

He showed early skill as a juggler and was employed as a professional entertainer in his teens, later appearing frequently in the Ziegfield Follies as  a juggler and comedian. He also toured America, South Africa, Australia and Europe, including a performance at Buckingham Palace. He was often called “the world’s greatest juggler”, and introduced juggling sequences into several of his films.

He starred on Broadway in the musical comedy Poppy in 1923, and appeared in D.W. Griffith’s silent film of this called Sally of the Sawdust, in the role of a small town con man.

He later made 13 sound films for Paramount, including International House and one of his best films, It’s a Gift (1934), often writing his own scripts for the comedy routines and basing them on his stage performances, establishing his own film persona as a mild mannered, largely passive man, driven to irritation and even rage by the behaviour of his wife and family and other relatives and even complete strangers. He had a fondness for alcohol, which he exploited for publicity purposes and used for comic remarks in some of his films, but his heavy drinking led to a decline in his health and problems with his career, forcing him to abandon  films for a time and work on radio instead, returning to film over a year later and fighting with producers and directors over the content and staging of his films. His last starring film was Never Give a Sucker an Even Break, made for Universal in 1941, though he made brief appearances in other films. He died in 1946 at the age of 66.  Despite his reputation (partly fostered by himself) for hating children, he was fond of his own son and grandson and was well liked by child stars such as Freddie Bartholomew and Gloria Jean that that he worked with. 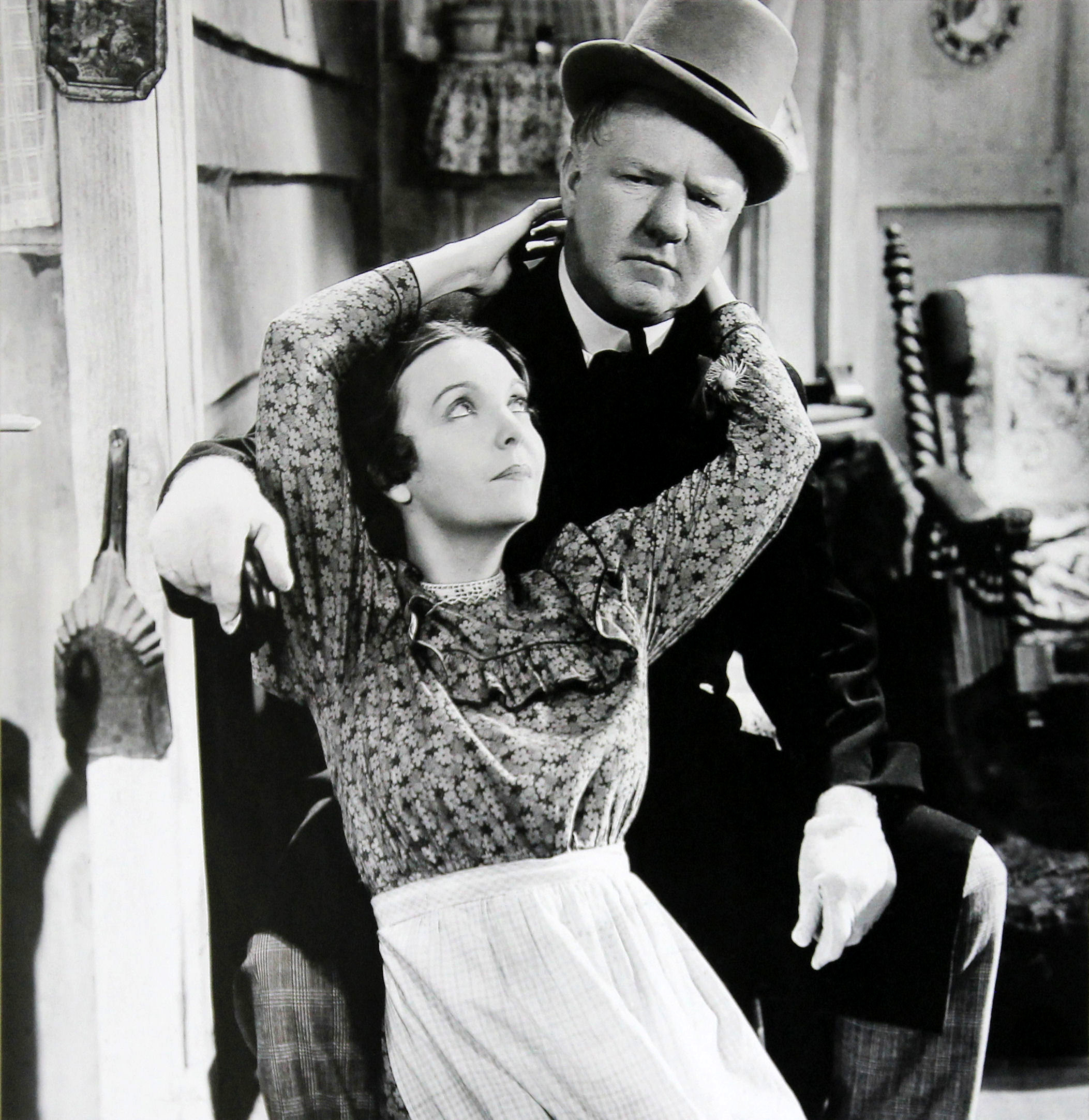 Mrs. Elvira Wiggs has had an exhaustive screen life, first appearing in a 1914 movie directed by Harold Entwistle and starring Blanche Chapman.  In 1919, an Adolph Zukor production starred Mary Carr. A title change in 1926, Lovey Mary was directed by King Baggott and starred Mary Alden.  Following tonight’s version came 1942’s final attempt in the Mrs. Wiggs saga, directed by Ralph Murphy and headlining Fay Bainter.  I have no idea why the original melodrama was so popular for so many.  It is not at heart a comedy; at least it wasn’t until W.C. Fields was cast. Norman Taurog had directed Fields a few years earlier, in If I Had a Million, and after seeing the rushes for Mrs. Wiggs, he decided the show definitely needed a comic lift. It got that, and more, in the interplay between Fields and ZaSu Pitts.

A typically Fieldsian moment on the set occurred during a particularly troublesome scene.  After many retakes, the film ran out, so Taurog cut production: “Camera reloading.” Fields headed for his dressing room.  After a few minutes to reload the camera, Taurog shouted, “Company onstage!”  Everyone returned.  Then, the sound machine ran out of film. Taurog yelled, “Cut, sound reloading!” Fields again headed to his dressing room.  After a few more moments, Taurog called, “Company onstage!”  Everyone returned except for Fields. Taurog set up the scene and noticed the star’s absence.  “Where’s Bill Fields?”  From the dressing room came, “Fields reloading!”

Pauline Lord (1890-1950), born in Hannaford, California, was a stage actress from age 13.  She became a major star as Eugene O’Neill’s Anna Christopherson in “Anna Christie” in 1921, but Blanche Sweet was chosen to play the screen Anna in 1923.  By 1930, Miss Lord was too old for the sound version when Garbo talked!  Her screen début was in tonight’s film, but as W.C. Fields was also in the film, hardly anyone remembers her.  Her only other screen appearance was in 1935’s A Feather in Her Hat.  She returned to the stage.  The veteran trouper died of a heart ailment while touring as Amanda Wingfield in “The Glass Menagerie”.