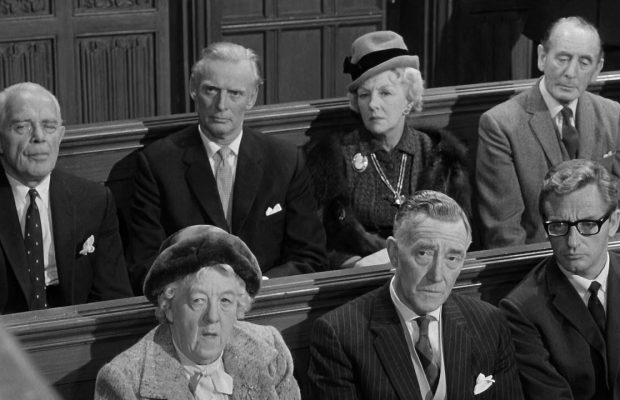 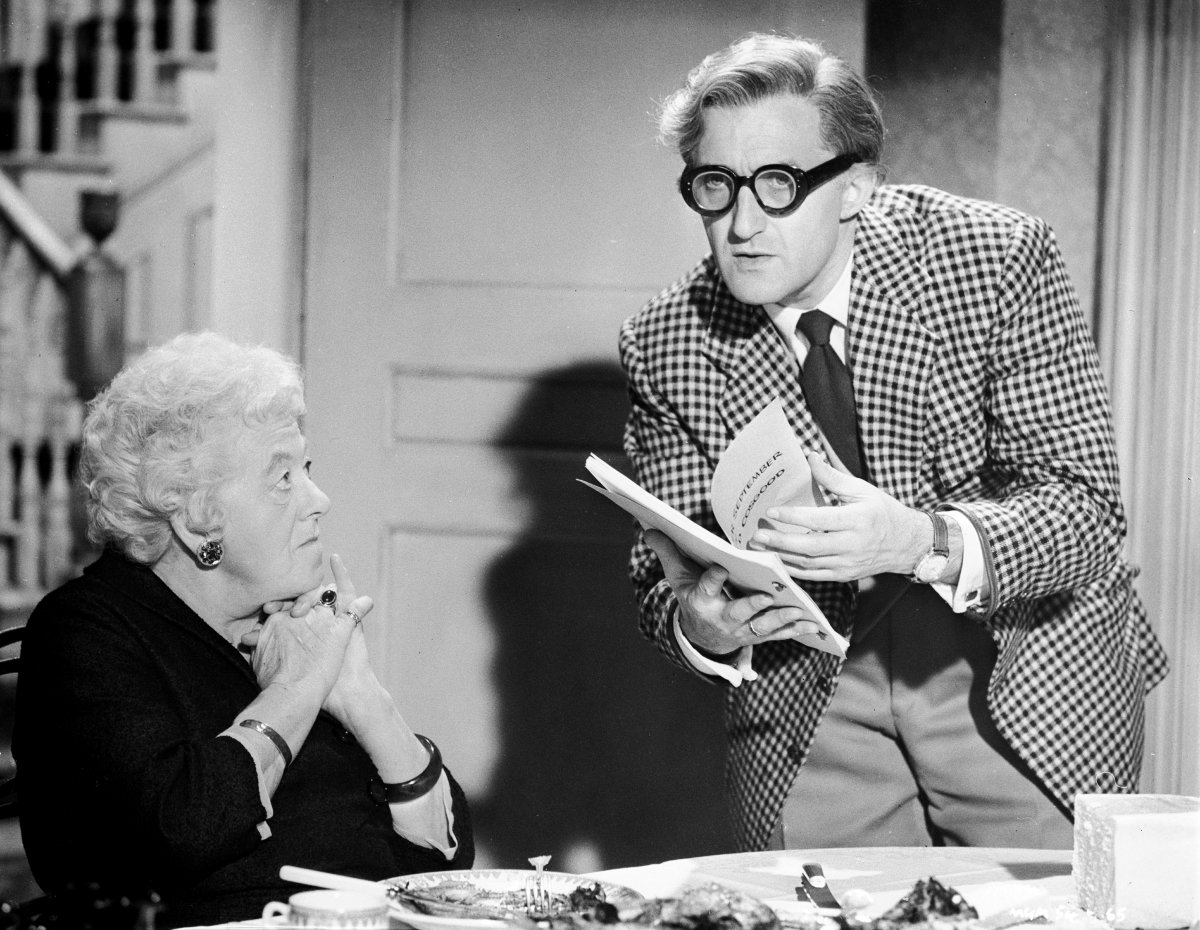 No other reason is needed to screen Murder Most Foul than as a celebration of the talents of one of the cinema’s greatest character actresses, Margaret Rutherford.  Perhaps the four Miss Marple films (Murder She Said, released in Great Britain in August of 1961; Murder at the Gallop, April 1963; and Murder Ahoy, July 1964) were not the best works of Agatha Christie put to film (Rene Clair’s And Then There Were None of 1945 and Billy Wilder’s Witness for the Prosecution in 1958 were the obvious contenders for that title), nor were they the most glamorous (Murder on the Orient Express in 1974; Death on the Nile in 1978, and The Mirror Crack’d in 1980 qualified for that distinction), but they were certainly the most amusing.  In each of the Miss Marple films, Dame Rutherford was an indomitable spinster, with a ‘beagle’s nose for crime’, who, though only an amateur sleuth, solve the crimes far ahead of her professional competition.

In Murder Most Foul, Dame Rutherford is a member of the jury listening to the evidence against an accused villager of murdering Mrs. McGinty; it is Miss Marple who hangs the jury, and subsequently joins a provincial acting company to prove the murderer was really an actor…All four Miss Marple films were directed by George Pollock, a pedestrian director distinguished by little else in his career, other than a routine remake of Christie’s “And Then There Were None”, entitled Ten Little Indians, in 1965.  Murder Most Foul, though third in the series, was released in New York over a year after it was produced, to generally downbeat reviews.  The first Marple films received positive response from the critics, and were strong box-office material; buy the time of the third and fourth pictures, press and public reaction had definitely waned.  (Footnote: Stringer Davis, Rutherford’s husband since 1945, appeared in all four Marple films as her timorous aide.)