Toronto Film Society presented One Hour With You (1932) on Sunday, February 3, 1985 in a double bill with People Will Talk as part of the Season 37 Sunday Afternoon Film Buffs Series “B”, Programme 7.

When Ernst Lubitsch came to America, he realized that his success would depend on making typically American films, primarily based on money or sex.  As the title suggest, the latter element provided the basis for this remake of the very successful silent film The Marriage Circle (1924).  Lubitsch is generally credited with having brought a continental flavour and a sexy sophistication to Hollywood films, and One Hour With You presents all of the suggestive farce and racy frivolity which led to Llubitsch being called the “boudoir diplomat”.  In his own defense, the director claimed: “I let the audience use their imagination.  Can I hope it if they misconstrue my suggestions?”

Although obviously imbued with the famous “Lubitsch touch”, One Hour With You has been the source of controversy about the role of George Cukor.  Depending on whom you believe (and Cukor has even contradicted himself), Lubitsch was forced by prior commitments to have Cukor direct part (or most) of the film.  Cukor, feeling entitled to “co-director”, was forced to accept credit as “dialogue director” by Paramount in an out-of-court settlement which left him free to join RKO Studios.

Lubitsch introduced a new form of sophisticated comedy by using the operetta form, mixing spoken and sung verse with witty dialogue and asides to the audience to form a mischievous satire of human weaknesses.  Part of the Lubitsch touch involved a fascination with objects, filmed in detail as a counterpoint to the development of the characters’ emotions.  The bow-tie scene and the place-card shuffle in One Hour With You best reveal this characteristic attention to detail.  As does the musical score by Oskar Straus which is timed and themed to every gesture and situation.  The title song is reprised thematically to reveal the various pairings of the characters with typically Lubitsch subtle irony. 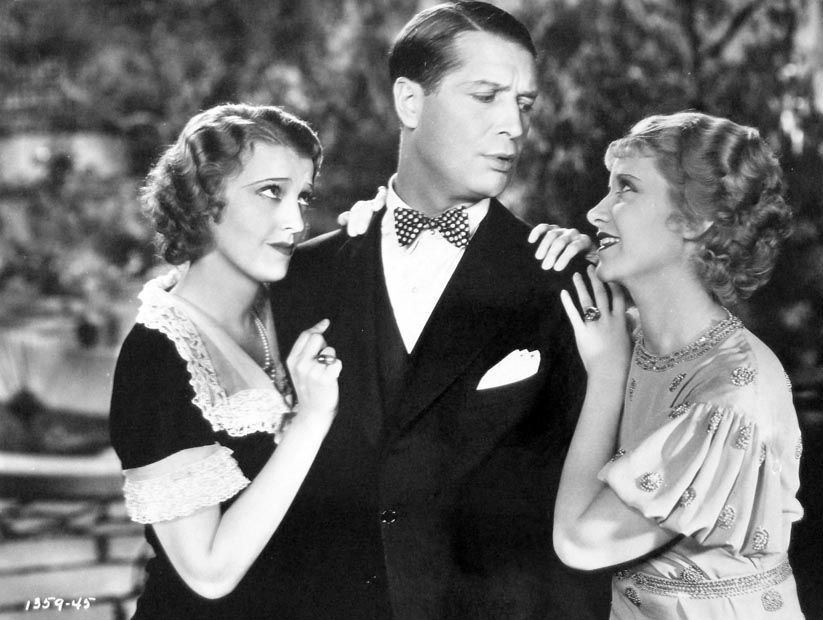 In the casting of Chevalier and MacDonald (the Florence Vidor and Monte Blue roles of the silent version), Lubitsch continued the happy formula of the previous hit The Love Parade (1929) and this combination of bawdiness and coyness added the sparkle that engaged the audience.  Jeanette MacDonald, who credited Lubitsch with developing her screen personality, felt that he “could suggest more with a closed door than all the hay-rolling you see openly on the screen nowadays, and yet he never offended”.  The teaming of the “Iron Butterfly” with Maurice Chevalier, although later troubled due to “star-ego” problems, was completely successful in this film, in part due to the blend of MacDonald’s engaging charm with Chevalier’s suggestive sang-froid.  Lubitsch admired the debonair actor’s talent for making “even the most scabrous situation acceptable”.  Genevieve Tobin (in the role for which Lubitsch originally wanted Kay Francis) proved her comedic talents as the saucy, naughty Mitzi and was thought to almost steal the picture from MacDonald.  The two male foils to Chevalier, Charlie Ruggles and Roland Young, provide just the right amount of humourous counterpoint to the sophisticated and suave Chevalier: Ruggles as the hilariously inept would-be lover and Young as the cheated husband.

As an example of Lubitsch’s musical comedies “of immortal facetiousness” (David Shipman, The Great Movie Stars), One Hour With You displays all of the elements of the superb style of the man who, according to Jean Renoir, “invented the modern Hollywood”.  Lubitsch’s inimitable invention (“I’ve been to Paris, France and I’ve been to Paris, Paramount.  I think I prefer Paris, Paramount…”) was to be an influence on many directors, among them J.L. Mankiewicz, who said, “He went head and shoulders above everyone in the field of sophisticated high comedy”.