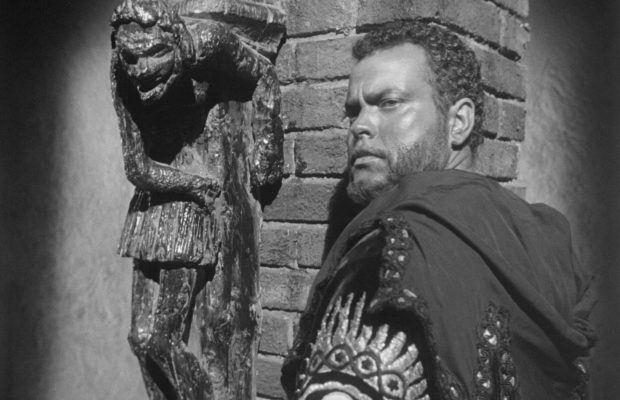 Produced by the National Film Board of Canada.

Now that our regional achievement, the Ontario Stratford Festival, is so thoroughly established, it should be interesting to see again something of the beginnings of this enterprise.  The preparations for the initial tent theatre’s opening are shown in this vintage NFB production.  Alec Guinness and Irene Worth are seen only informally, probably for contractual reasons, but there is a revealing glimpse of Sir Tyrone Guthrie–that amiable enfant terrible–at rehearsal.

“My mother had a mail call’d Barbara;
She was in love, and he she lov’d prov’d mad
And did forsake her.”

“My Desdemona…
Perdition catch my soul
But I do love thee!  and when I love thee not,
Chaos is come again.” 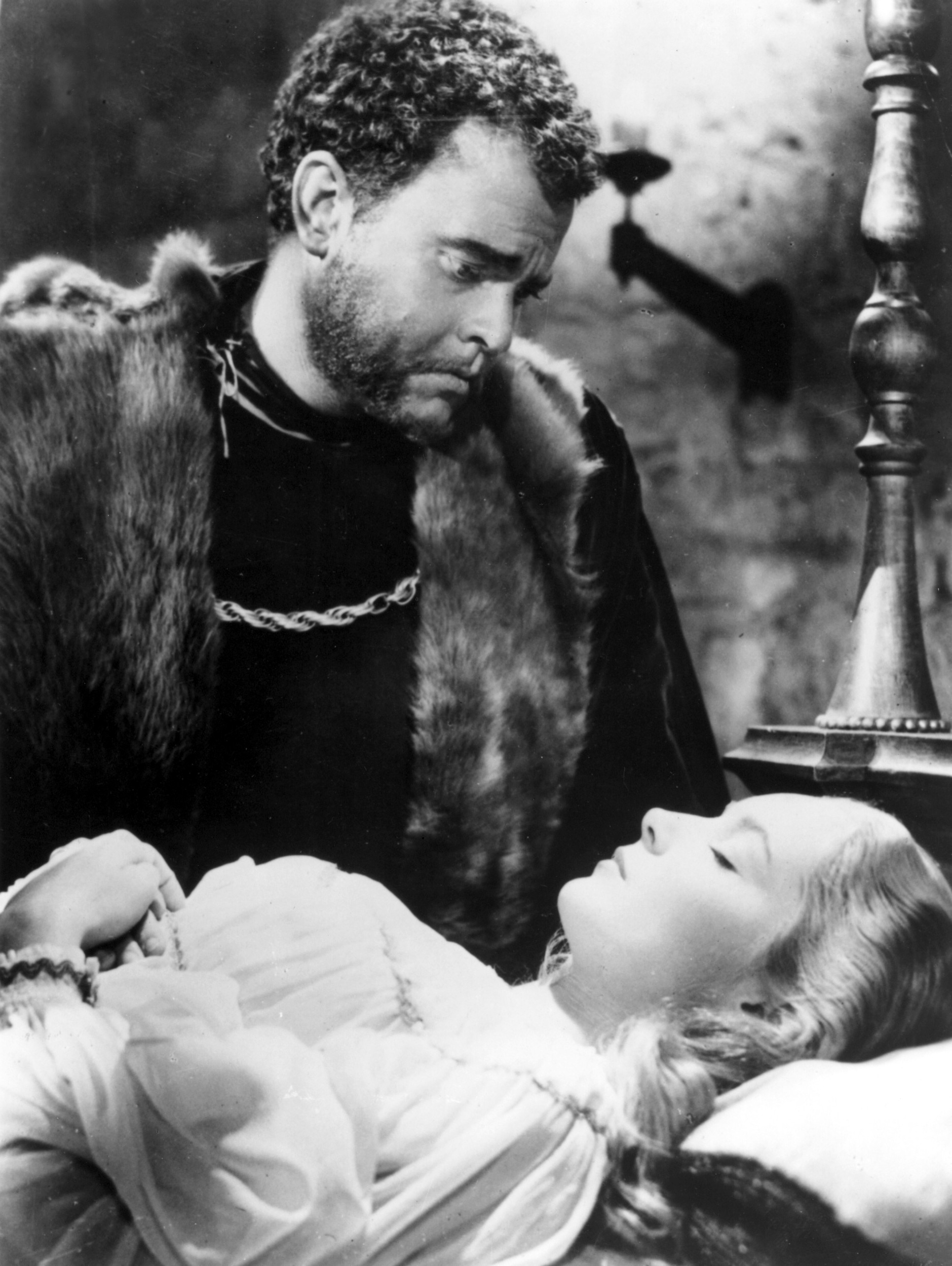 As befits a sexual tragedy, Shakespeare’s Othello is a play shot through with heat.  Alone among the four great tragedies its action takes place in a warm climate and the imagery, whether lovely or terrible, pulses with hot blood.  Welles’ most obvious and excellent “lift” to the drama has been the provision of rich, sun-burnished locations, to recreate Venice and Cyprus from a bygone age.¹

Othello, the Moor of Venice was written circa 1604 and based on stories by an Italian author named Cinthio.  Shakespeare’s use of existing plots in the majority of his plays has been often enough noted.  In his day it was common practice for dramatists to beg, borrow or steal material from all manner of sources, to an extent unthinkable under the modern laws of copyright.  Let’s not imagine, though, that Shakespeare merely took old situations and put new words to them.  His genius is in fact nowhere better shown than in the care and canniness with which he altered and refined his sources.  We take it for granted that his stories, per se, should be quoted from, adapted, paralleled, but his skill made his versions as definitive as they are.  Here is an example of emendation from the play.  Shakespeare read in Cinthio of a soldier who loved his lord’s wife but, being unsuccessful in love, turned his thoughts to her destruction.

But Iago’s “convincing” motive for villainy is removed in the reworking and he becomes a deeper and stranger person in consequence.  Shakespeare’s Iago loves even more casually than he hates and he is motivated at a tangent (by shades of jealousy, ambition, pride plus–I think, for this is not explicit–a puritan dislike of sex which makes his frank talk about it stem from disgust, not relish).²

Orson Welles is a many of many parts but audacity colours all of them.  Without that gutsy quality, he might never have completed this film which was made over several years, with shooting done piecemeal in various places, Ireland and Italy included.  He and his close friend are clever writers as well as clever actors: Michael MacLiammoir has described the extraordinary methods of filming in a witty “diary” of the production called “Put Money in Thy Purse” (a quote, of course, from Iago).  This explains blandly that, when costumes failed to arrive for one sequence, Welles decided to switch the setting to a Turkish Bath.  The audacity spoken of shows throughout in the attitude which makes Othello mere argil for the hands of Orson, the potter, to shape.  He has minced the the text and rearranged the pieces.  But that’s not fully the point.  Particularly, he has fragmented the Shakespearean conception into a mosaic of effects and emotions; all energetically realized, and some brilliantly.  One has not, at the end, seen an Othello performance, good or bad.  One has seen the introductory funeral cortege of Othello and Desdemona, with Iago’s grisly punishment–and the killing of Cassio among the untidy dynamics of the bathing scene–and some stirring high-altitude tempting on castle walls–and much more invention and drive.  A reaction to the film can, however, be tested against my belief that one has also seen the best contribution in Fay Compton’s staunch and completely conventional Emilia.