Toronto Film Society presented Stolen Harmony (1935) on Monday, December 8, 1986 in a double bill with Remember the Night as part of the Season 39 Monday Evening Film Buffs Series “B”, Programme 4.

After Bolero and Rumba (both with Carole Lombard), George Raft, the tough guy with the nimble feet, attempted another dance picture, but without the Valentino Latin lover image.  This time he plays an ex-convict out to make good with Ben ‘Yousah’ Bernie’s Band.  Part gangster melodrama and part musical, Stolen Harmony gets under way when bandleader Bernie hears a prison concert and takes note of saxophone playing convict #3076 (Raft).  When Raft is released, he is hired by Bernie and joins his group in a cross country tour of one night stands.  En route, Raft tumbles for the charms of group performer Grace Bradley and when her dancing partner is too drunk to perform, Raft takes his place on the ballroom floor, scoring, naturally, an immediate hit.  When the band’s receipts are lost in a holdup, Raft is accused of being a participant in the caper, and is forced to leave the tour.  It remains for perpetual underdog Georgie to redeem himself in the final shootout. 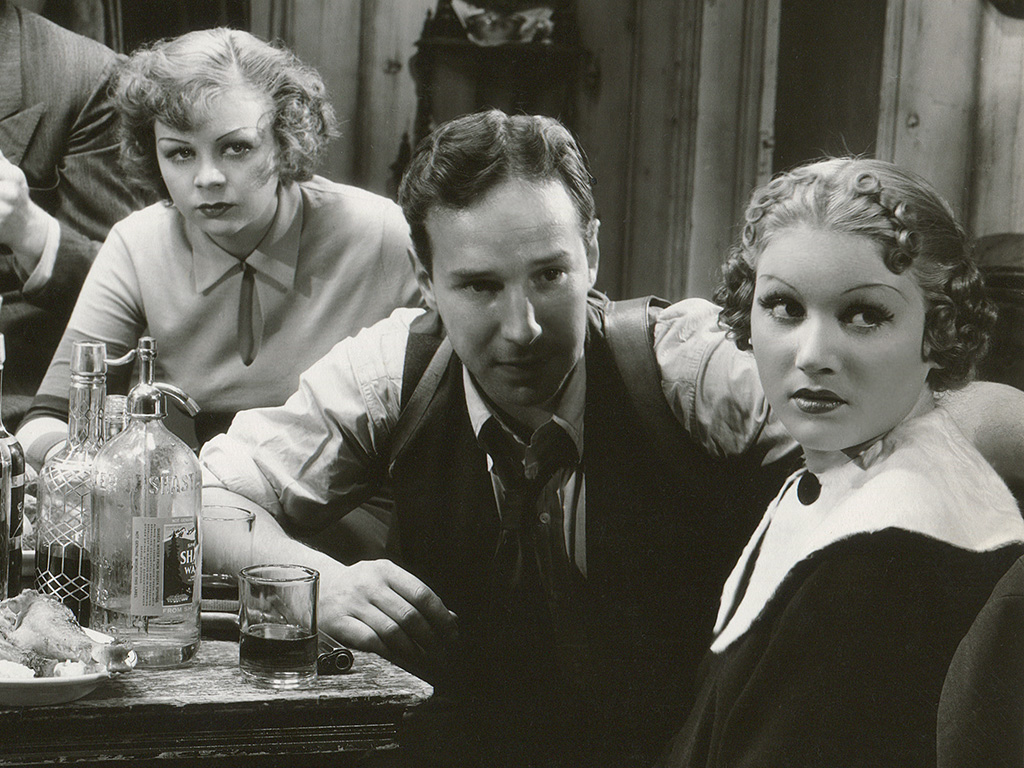 Because of the gunplay, Stolen Harmony had to undergo considerable censorship editing before release in some states.  A relaxed Raft was still his usual saturnine self in “an implausible role that stretches his acting talents to the breaking point.” (New York Herald-Tribune).  Variety insisted in its review that it did not look like Raft in some of the dance numbers, that, in fact, it appeared he had used a double.  Ben Bernie “the ol’ Maestro,” who headed one of the top bands of the 1920s and early 1930s, had gained more popularity with his radio show and was ready for his big breakthrough–motion picture exposure.  (He had previously appeared in Paramount’s 1934 Shoot the Works.)  But he was short-shrifted in Stolen Harmony.  In fact, the bulk of the band playing section, including his renditions of “Would There Be Love” and “Let’s Spill the Beans,” were tossed together in one lump segment.  The real star of the film, above and beyond Lloyd Nolan as the imperious hood who has the band kidnapped in order to provide himself with a personal concert, is the fabulous omnibus on which Bernie’s crew travels.  The double decker monster, more wondrous than the overnight bus vehicle in Babes in Arms, was equipped with spacious sleeping quarters, a bar cabaret, and rear observation platform.  As writer James Robert Parish observed in his book The George Raft File: “Greyhound bus passengers never had it so good!”

In addition to the above-mentioned Nolan, the cast has some wonderful mugs from gangland films, including Ralf Harolde, William Pawley, Leslie Fenton, and Jimmy Cagney’s brother William Cagney.  Raft, in an attempt to repay Jimmy for getting him a role in Taxi, asked that William be used in a small role.

Director Alfred Werker began his career at the old Triangle Studio in 1917.  His films include House of Rothschild (1934) with George Arliss and the best of all the Sherlock Holmes’ films–The Adventures of Sherlock Holmes (1939) with Basil Rathbone.