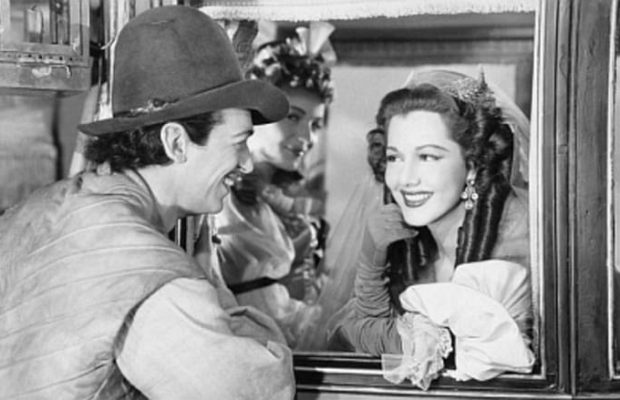 Toronto Film Society presented The Exile (1947) on Sunday, January 11, 1987 in a double bill with Scaramouche as part of the Season 39 Sunday Afternoon Film Buffs Series “A”, Programme 6.

The Exile was German-born director Max Ophuls’ first American film and was a minor but important first step in his Hollywood career.  David Quinlan in The Illustrated Guide to Film Directors refers to him as a director “mostly of elegant romantic melodramas.  Many of Ophuls’ most memorable films contain a series of actions forming a logical chain, sometimes leading to a decisive and inevitable conclusion, but often–in a formula much-beloved of filmmakers–a chain of circularity.  Ophuls’ own tracking cameras–he was a master of movement–follow this line of thought, caressing in amorous moments, prowling in times of tension.  There is little more thrilling in the cinema than sophisticated use of the mobile camera–Donen, Hitchcock and many other directors in Hollywood used it to advantage, though never with such skill, intelligence or imagination as Ophuls.” 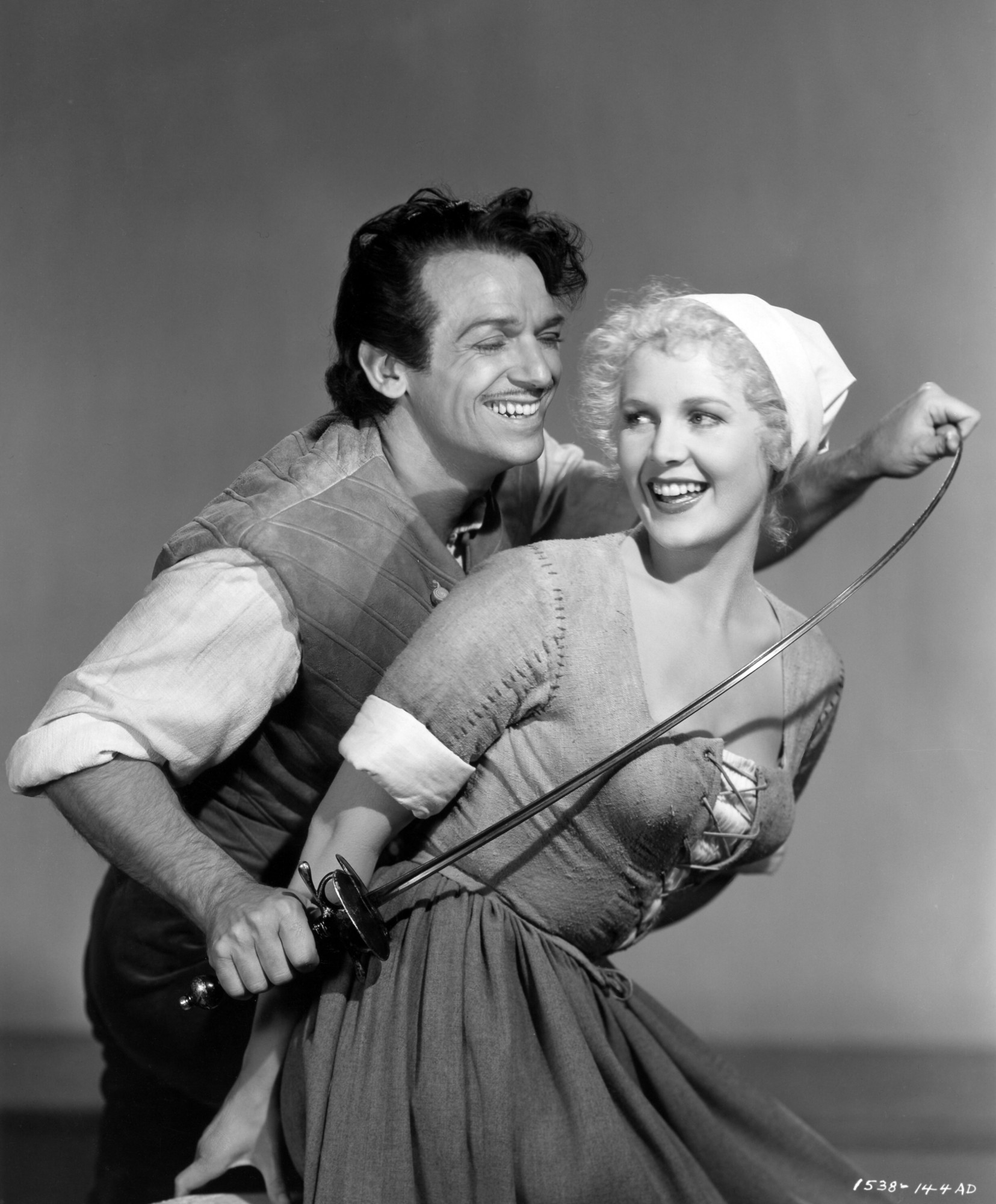 In an interview with Jacques Rivette and Francois Truffaut, published in a 1978 BFI booklet and edited by Paul Willemen, Ophuls had this to say about tonight’s film:

OPHULS:  After four years of unemployment, I was able to work, thanks to a friendly gesture–a great gesture of friendship–by Robert Siodmak.  …he said to me: ‘If you want to go back to Europe and find work, you must have made at least one film in Hollywood, or else no one will have confidence in you.’  Siodmak was much listened to at this time, thanks to the enormous success of The Killers and he did what was necessary to give me a chance at Universal.  And that’s how, within a week, I was hired to make The Exile with Douglas Fairbanks, Jr.  Douglas produced the film himself, and I shot it with the greatest possible freedom.

OPHULS:  Really?  I had very little faith in that film.  Douglas became a great friend, right from the moment we first met.  He told me that this would probably not be the kind of film that people expected of him, but that we would enjoy ourselves.  In fact, we did have great fun making the film–perhaps a little too much, because frequently I found myself shooting a scene without knowing who was drawing a sword against whom, why they were fighting, why killing….  In short, I found it hard to follow.  I think that shows in the film, but I greatly enjoyed working with Fairbanks, because in the film he played the part of a very relaxed and joyful man, with a very pure and lively imagination.

JR/FT:  Moreover, it’s the film in which he is most reminiscent of his father.

OPHULS:  Is that so?  His father was a real cult figure for him.  We spent weekends with him watching his father’s old movies, and he told all kinds of stories about him.  I think it’s a pity that tradition of fairy-tale-like adventure films went out with the talkies.  There’s much more adventure than fairy-tale  in that genre of film nowadays.

JR/FT:  You also had fun with the sets: the barge in the Dutch countryside, the windmill…

OPHULS:  Yes.  The sets for The Exile were made by a man who had never worked in the cinema before–I can’t remember his name for the moment–and who had come from the theatre.  Experts kept saying to him: “But sir, your sets are from the threatical.’  And he replied timidly–he was small and very pale: ‘Well, why not?’  Douglas saw things the same way and I think that comes through in the sets.

In a review of The Exile in the New York Times, December 26, 1947 Howard Thompson opined: “As the royal leader of that harried and down-at-the-heel band of cavaliers awaiting the Restoration in 1660, Douglas Fairbanks, Jr., makes a properly regal and devil-may-care if not too athletic a king.  Paule Croset, an interesting newcomer, is charming and beautiful as the flaxen-haired Dutch farm lass with whom he falls in love and in whose inn he finds sanctuary.  Henry Daniell, as the villainous Roundhead sent to seek out and slay the banished ruler;  Nigel Bruce as Charles’ chief aide, and Robert Coote, as a ham actor who impersonates the king, are adequate in supporting roles.  Oddly enough, Maria Montez, who is nominally co-starred with Fairbanks, makes only one, and justifiably brief, appearance as a titled, amorous acquaintance of Charles.  Having chosen to film the work in Sepia, Mr. Fairbanks has given it a pleasant pastoral tone.  But he speaks a line more facilely than he writes it.”  (As a note of interest, Anglo-Swiss actress Paule Croset changed her name to Rita Corday in the 1950s but it still didn’t help her career.)