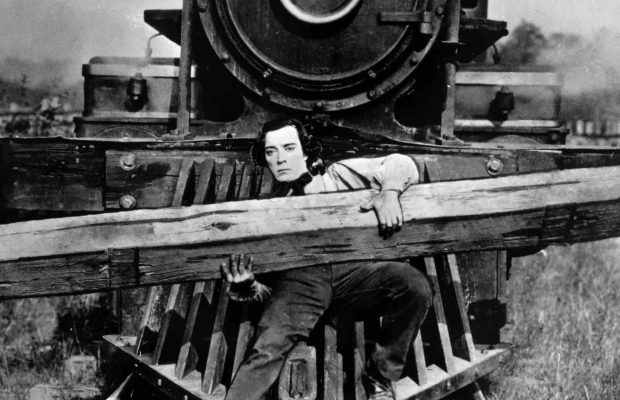 An Evening with Buster Keaton

“There is no question that Buster Keaton, among other things, was a surrealist even before surrealism.  Such fantasy!  Not even a Pirandello ever conjured up such extraordinary visions.” – Albert Lewin

Among Buster Keaton’s “firsts” were his use of “natural” speed (16 frames per second projected at the same rate, rather than the speeded-up 12 frames per second projected at 16) and his use of masses of peple in organized patterns of rhythmic action (the latter introduced with this movie).  Besides these qualities, this short also has a distinct documentary flavour and the usual assortment of highly dangerous stunts done without doubles or trick photography.

“Had Keaton made a long, solemn picture, very avant-garde, very realistic (and of course very sexy), along the story lines of Sherlock, Jr., it would, beyond any question, long ago have been hailed as a serious message.  Keaton did not do the serious picture because he is too serious and because he is an artist.  His art is the art of the clown.” – Rudi Blesh

Certainly one of Keaton’s greatest features, this abounds in visual magic, tremendous inventiveness and the usual incredible stunts–during one of which (the train sequence) Buster actually broke his neck.  These stunts were all real–even, although it seems absolutely impossible, the pool sequence.  Buster did use a double for the motorcycle sequence–so that he could double for the actor doing the even more dangerous part of the cop! 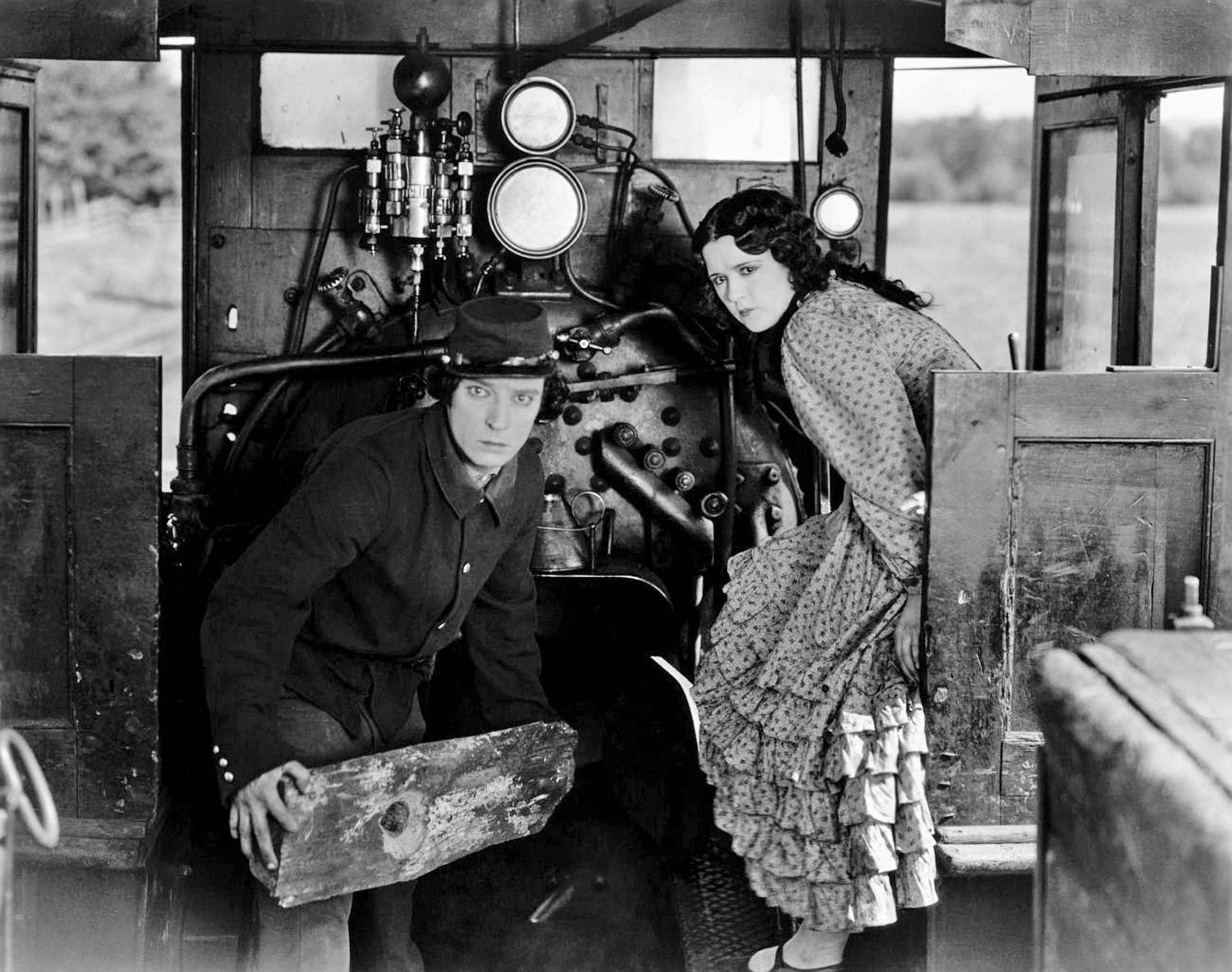 Generally acknowledged today as Keaton’s masterpiece, The General did not quickly attain this rating.  While certain critics of its time appreciated its qualities, notices were rather mixed, some feeling it an ambitious but misguided attempt at a “big” picture, others questioning the taste of some incidents in the battle scenes.  In my own home-town of Winnipeg (admittedly notorious for its strange treatment of many films!) The General wasn’t even accorded a first-run showing, “premiering” in an obscure neighbourhood house.  Even after World War II, when Buster’s films were first shown at Toronto film societies, people were wont to say “Well yes, I liked The General, but not as well as The Navigator“.  Yet with repeated viewings, The Navigator perhaps begins to lose a bit of its magic; The General seems better each time one sees it.  Apparently it was one of Keaton’s own two favourites, and its reputation among film historians and critics has steadily grown.  A triumph of a special kind was achieved when, after a screening at a Stratford Film Festival, a young doorman who had never seen a silent movie declared it “the best picture I’ve ever seen”!  It is, by the way, based on a true incident of the Civil War, since dramatized in an excellent Disney “live-action” feature, The Great Locomotive Chase.  Few if any other films on the period, however, could match or surpass The General‘s care and authenticity in historical reconstruction.  James Agee thought the photography “within hailing distance” of the work of Matthew Brady.

Lest all the above fails to suggest that The General is funny, let me hasten to assure you that it is–killingly so, with quite possibly the greatest number of complex and brilliantly constructed gags to be seen in any feature film.  But who needs to say it–on this very evening you’ll be busy finding all that out for yourself.