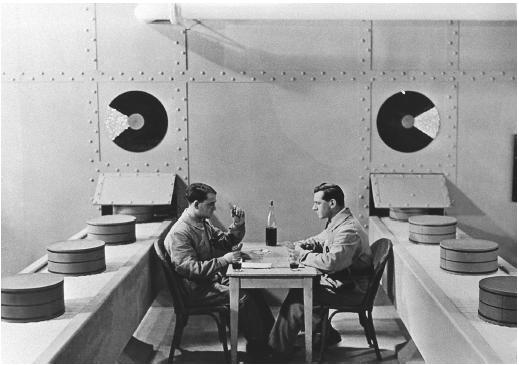 Harold Lloyd’s first comic character was called Willie Work.  His second, of which this is an example, was Lonesome Luke.  The Lonesome Luke movies also launched the career of Bebe Daniels.  Luke’s Movie Muddle was made near the end of the series because in 1917 Lloyd launched his third, and greatest, comic character, the earnest young man wearing lensless horn-rimmed glasses.

This short stars Lloyd in his “glasses” characterization.  Harold Lloyd made the astonishing total of 500 movies, which grossed the equally astonishing sum of $30,000,000.  Unfortunately, Mr. Lloyd’s decision to withdraw Safety Last (which placed tenth in the international critics’ poll) after its showing in the Ottawa Festival of Laughter has left us without a feature of his to show.  However, these two shorts illustrate two stages in the early career of one of the great comic talents.

Although it is not too well known today, both Laurel and Hardy had successful movie careers before they teamed up.  We will be presenting several examples of their individual work, plus a large sampling of their team efforts.  Half a Man is one of the best examples of Laurel as a solo comedian, shipwrecked on an island with a bevy of man-hungry female sailors! 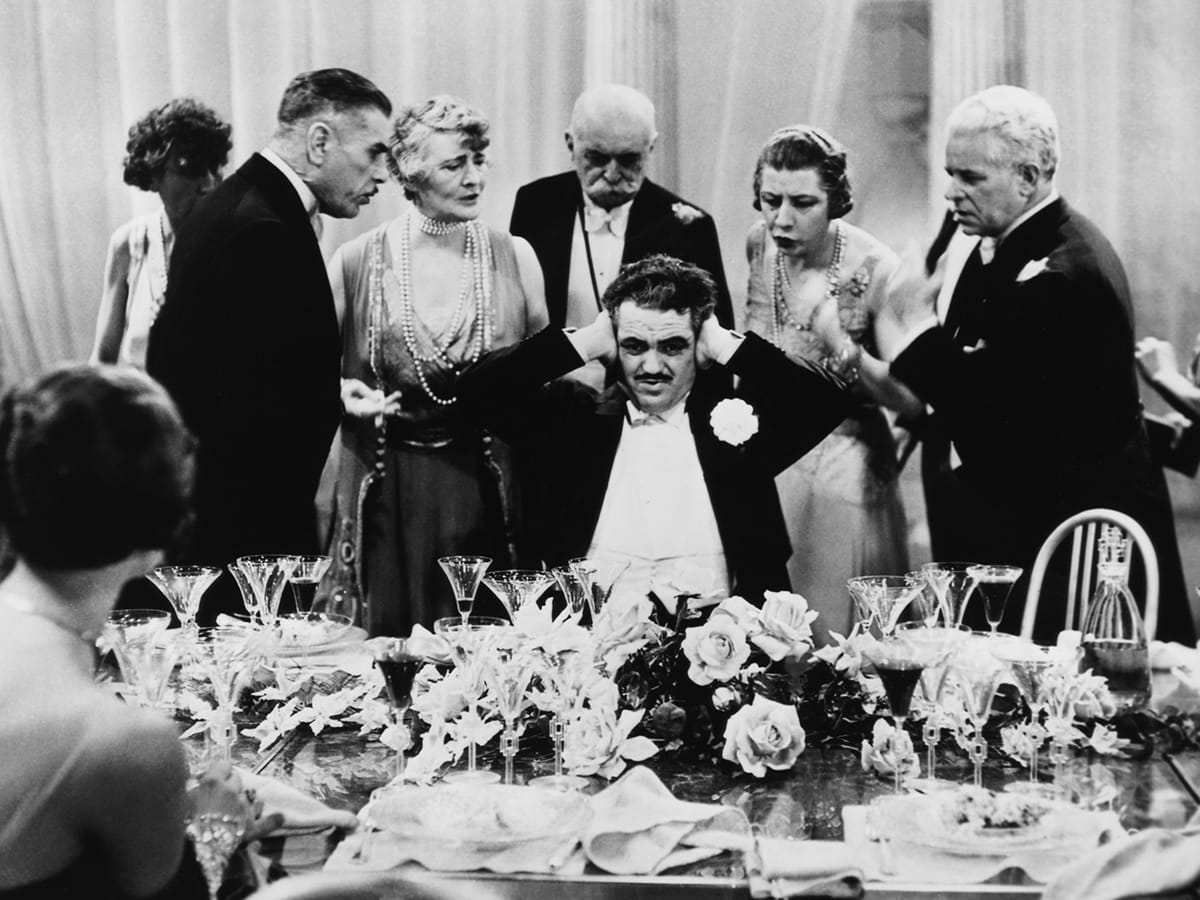 It seems a shame to pass over the career and works of René Clair so lightly, for he along with one or two other financially successful directors have been so obviously good that no one really sat down to estimate just how much in debt to them the world of motion pictures is today.  However, for the sake of these notes for our Summer Series, the purpose is best served by taking quotations directly from Georges Sadoul, whose brief biography of Claire and notes on A Nous la Liberte seem to be the sources from which everyone else has quoted.  According to Sadoul, therefore (although paraphrased): Clair is the most French of all French filmmakers.  According to Clair himself, he was extremely left-wing at the time when he had just made the very successful Le Million.  So when asked for another “success”, he came up with A Nous la Liberte, in which “I wanted to fight the machine which was enslaving man instead of contributing to his happiness”.

The plot (in rough) is concerned with two friends in prison who plan to escape.  One gets out, the other is caught.  Through a series of accidents the first becomes the owner of a phonograph factor so large in scale that its employees, like its machines, are automatons.  The second escapee is caught and hustled into a job in the factory…and from there the plot develops.

Much has been made of the similarities between A Nous la Liberte and Chaplin’s Modern Times, which came later.  According to Georges Charensol (and possibly Roger Régent), Clair was not at all put out when told that Chaplin’s film resembled his own in certain ways.  He is reported to have refused to take part in any action by the Tobis company against United Artists, and is further reported to have said, “All cinema is indebted to Chaplin.  We are all offsprings of this man, whom I admire, and if he has been inspired by my film it is a great honour for me”.

Of all the great directors, René Clair is the absolute master of atmosphere.  This is eveident in all of his films, from the unforgettable Sous Les Toits de Paris on to the equally unforgettable Porte des Lilas.