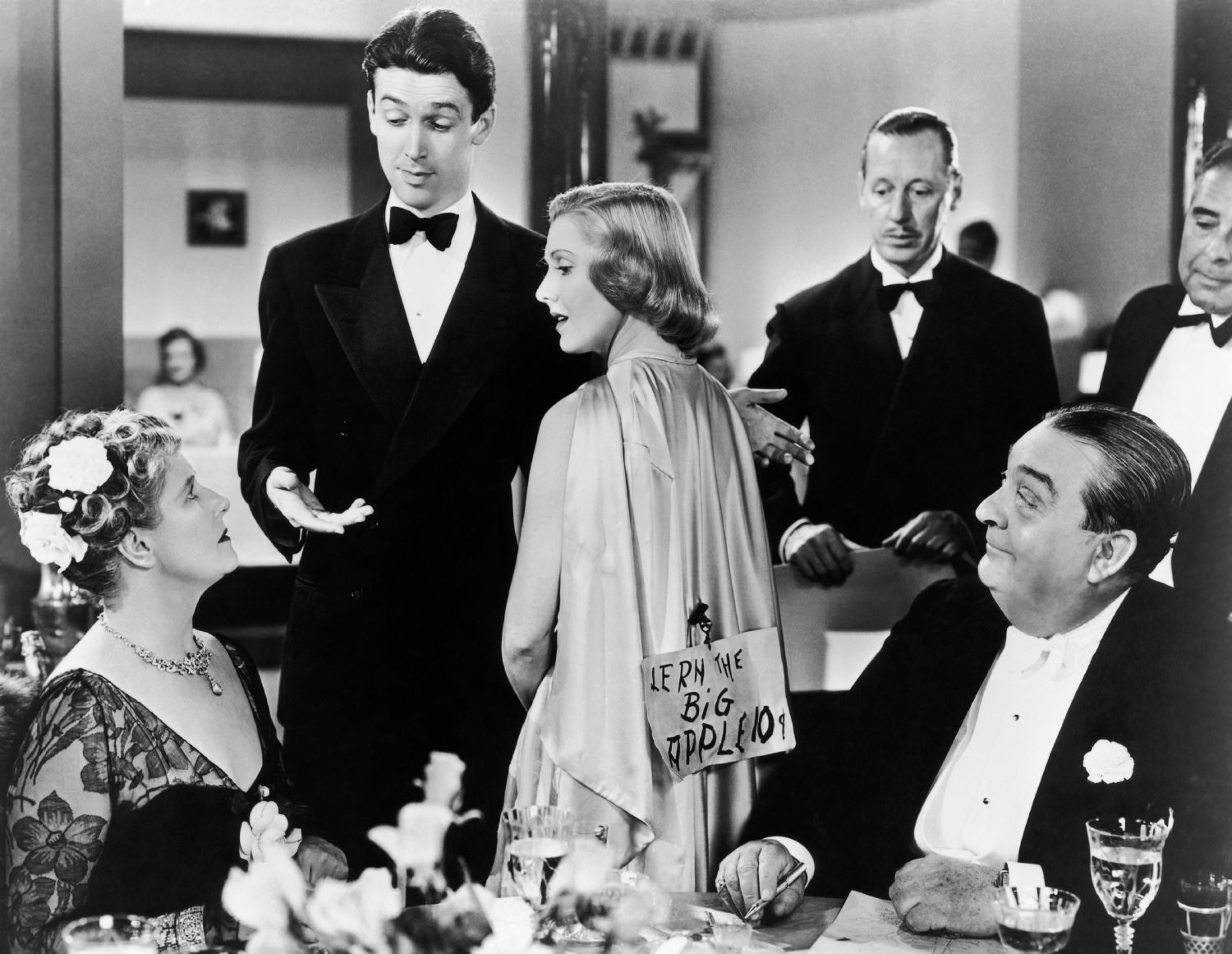 We see tonight two comedies from the immediate pre-World War II years, the heyday of American film comedy.  Yet neither is a true “screwball,” the dominant comic genre of the period.  The essence of screwball comedy is in its twitting of the rich, but its basic respect for wealth.  Thus the heroines of Easy Living, My Man Godfrey, or Midnight cannot be expected to marry paupers; their impoverished lovers turn out to be millionaires in disguise.  Holiday and The Philadelphia Story go so far as to celebrate the rich at their most attractive and idle best; the anti-establishment diversions of the heroines are brought back into line at the end.  The programmatic line for screwball comedy at its purest might be Lady Bracknell’s: “Never speak disrespectfully of society, Algernon.  Only those who can’t get into it do that.”

Such values are the very opposite of those of that champion of the little man, Frank Capra, and in You Can’t Take It With You he turns Kaufman and Hart’s highly successful comedy of manners into one of his many Depression movies, in which the Forgotten Man is lauded, and the malefactor of great wealth relentlessly pilloried.  In the play, Mr. Kirby is a businessman, an embodiment of the American work ethic set against Grandpa Vanderhof’s non-work ethic.  Capra makes Anthony P. Kirby a tycoon, who is even out to take away the Vanderhof home as a site for more factories; and he casts in the role his favourite actor of plutocratic villains, Edward Arnold, who would play a corrupt political boss in Mr. Smith Goes to Washington, and the vicious–if anyone in the world of “Capra-corn” may be called vicious–presidential candidate in Meet John Doe.  Capra also introduces a character not in the play at all–the toymaker Poppins, whose “pixilated” qualities not only fit easily into the Capra world, but also obliquely put the comparison between the entrepreneur who works to make money, and the little man who works at his craft for love and fun.  Certainly the play, as the title makes clear, rejected the accumulation of money for its own sake, and thoroughly approved the fun-loving, eccentric family which “goes on about the business of living in the fullest sense of the word.”  But it did so without quite cartooning the American moneyed class. 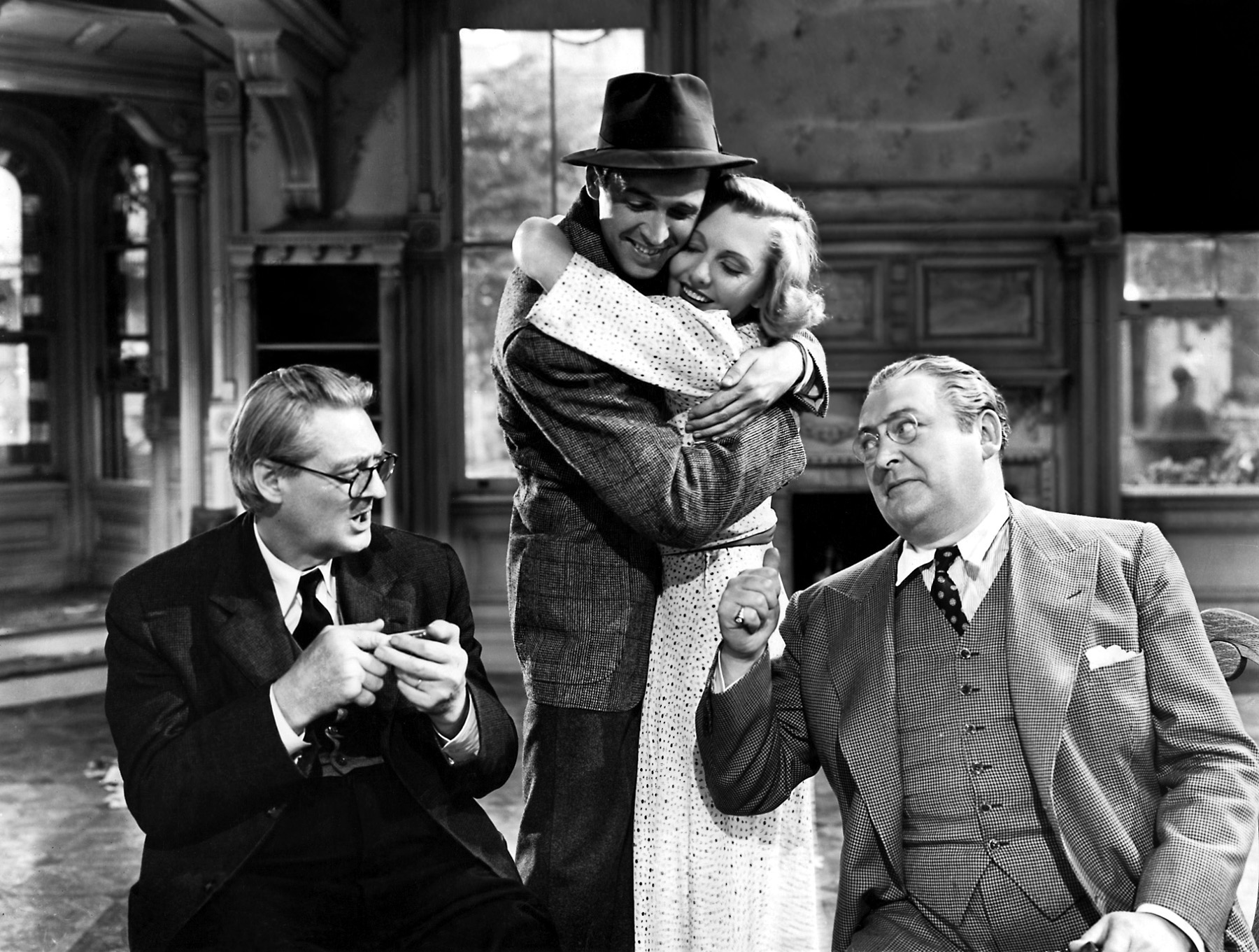 The values of screwball comedy are at an even greater remove from those of The Ghost Breakers, where the literary unit is not the Kaufman-Hart witticism, but the Bob Hope wisecrack.  The heroine is an heiress, but her inheritance is an old dark castle in the West Indies, filled with ghosts, zombies, buried treasure, and even a murderer.  This film belongs not to social comedy at all, but to the “old dark house” genre, so called for James Whale’s film of 1932, but deriving primarily from Paul Len’s send-up of the horror film, The Cat and the Canary of 1927.  Leni’s film, based on a play which made only slightly less fun of the contemporary vogue for such stage horrors as were contained in The Bat, was remade three times, and in its second remake, directed by Elliott Nugent in 1939, had been a comedy vehicle for Bob Hope, not long from the Big Broadcast of 1938, and Paulette Goddard, not long from Modern Times.  Nugent’s version went beyond Leni’s (which was of course silent) in its use of the wisecrack.  (“I hate these great big empty houses,” says Goddard.  “Didn’t you ever play vaudeville?” Hope replies.)

The Cat and the Canary had had Hope and Goddard as heirs to an eccentric millionaire, attending the reading of his will in his castle on the Hudson.  The Ghost Breakers has Goddard as the heir to a Caribbean castle, with Hope fleeing the States with her, pursued by gangsters he has exposed in a radio broadcast.  Since this kind of film is incomplete without a comic black stereotype, his knees a-tremble at the mere mention of ghosts, the radio commentator has with him his valet, played by Willie Best, than whom no black actor of his day showed comic terror “better.”  (His performance is offset by that of an actor who cornered the “fearsome black” roles of his period, Noble Johnson of The Mummy and King Kong.)  All the paraphernalia of mysterious hands, ghosts, zombies and the rest, are finally shown to be a cover for something less mysterious, but more sinister, all manipulated by the least likely suspect, as in The Cat and the Canary.

The Ghost Breakers is also based on a play, and had been filmed twice before: with H.B. Warner in 1915, and with Wallace Reid in 1922; it would be made again with Martin and Lewis in 1953, as Scared Stiff.  The director of both the 1940 and 1953 versions was George Marshall, who in a fifty-year career did his best work in comedy, directing especially Hope and Lewis (though his best film is no doubt Destry Rides Again).  But more important than the director of The Ghost Breakers is the team of cinematographers, designer and musical director, all of whom had worked on The Cat and the Canary in the previous year.  Hans Dreier, Lubitsch’s favourite art director, had designed some highly atmospheric locales before, most notably in the Mamoulian-March version of Dr. Jekyll and Mr. Hyde; Charles Lang, too, for instance, had shot Death Takes a Holiday; and Ernst Toch carried over his haunting score from The Cat and the Canary. 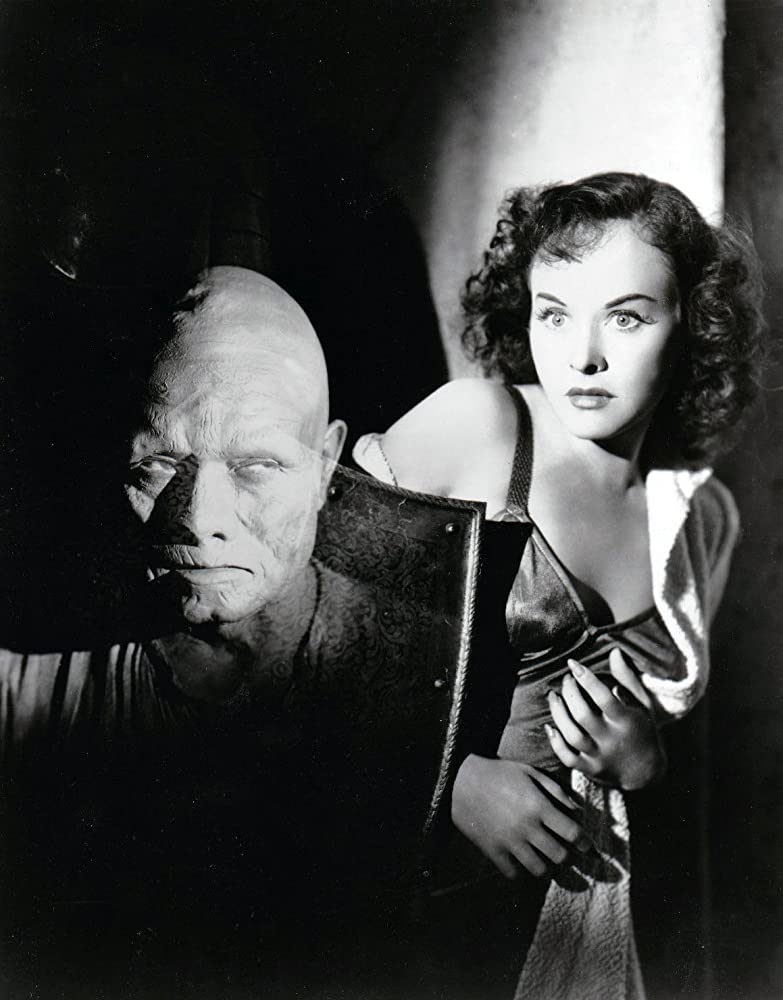 Capra too, of course, like most major directors, worked with a team.  In You Can’t Take It With You, and perhaps in the three or four films before and after it (It Happened One Night to Meet John Doe), that team is functioning at the height of its powers.  This was the fifteenth film Joseph Walker had photographed for Capra; it was the ninth on which Robert Riskin had been involved with the screenplay; for Dmitri Tiomkin, who had scored Lost Horizon, it was the second of five major films of Capra’s for which he would write the music.  Walker and Riskin were both nominated for Academy Awards, as was Spring Byington, and You Can’t Take It With You won the Best Picture Oscar for 1938.  (Kaufman and Hart’s play had won the Pulitzer Prize two years before.)

The final difference, therefore, between tonight’s two films might be the difference between a film by a major director with the full studio panoply supporting it, and an array of stars and character actors, and a relatively low-budget film which boosted a major comic talent on its way.  Hope’s next picture would be the first of the “Road” series.