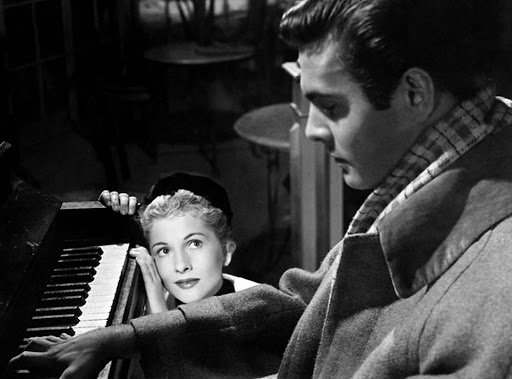 Toronto Film Society presented Letter From an Unknown Woman (1948) on Sunday, April 24, 1983 in a double bill with The Mortal Storm as part of the Season 35 Sunday Afternoon Film Buffs Series “A”, Programme 10. 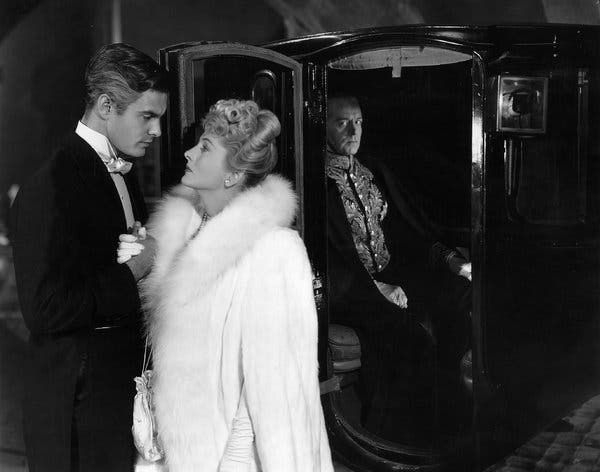 During the ten-year wartime and post-war period that the great European director, Max Ophuls, stayed in the U.S.A., he made only four films: The Exile (1947), Letter From an Unknown Woman and Caught (both 1948), and The Reckless Moment (1949).  Of these, Letter From an Unknown Woman is today considered a masterpiece, but at the time of its release even it was generally scorned (in the USA) or ignored (in Britain).  For the anglophone audiences of 1948 it was, quite simply, too continental for ordinary consumption.

In the early 1940s Max Ophuls had cut an eccentric figure in Hollywood.  In his social travels, he had met the writer Howard Koch, who had made his name originally on Orson Welles’ Mercury Theatre of the air, where his 1938 “War of the Worlds” adaptation had made unique cultural history.  Subsequently, Koch had written the scripts for such films as Wyler’s The Letter (1940), Hawk’s Sergeant York (1941), and Curtiz’s Casablanca (1943).  Consequently, it was only normal that when Koch’s old Mercury Theatre friend, John Houseman, was seeking a writer to adapt a Stefan Zweig story for filming by the production company formed by Joan Fontaine and her producer husband William Dozier, he should turn to his old radio colleague.  Similarly, at first dismayed with this Viennese romance, Koch eventually thought of the European chique of Ophuls’ earlier work.  The Doziers agreed to have Ophuls direct, and the finished film is a model of fruitful film-making collaboration among consummate artists.

The Zweig story of a romantic young girl who dedicates her total love to a cynical and shallow musician has been handled with particular respect for the period atmosphere of Vienna and Linz.  Howard Koch’s script employs the first-person narrative to give the proper lyrical flow to the heroine’s recollections.  And Ophuls’ camerawork patterns itself after the consciousness it is communicating, providing, through its various rhythms, visual statements of the heroine’s longing, fulfilment and ultimate disillusionment.

Two features of the script were specifically added by Ophuls–to Koch’s delight.  Both additions add a touch of bitter-sweet Ophuls irony.  It was Ophuls’ idea, for instance, to have the lovers take an imaginary voyage past moving images in an amusement park, thus symbolizing, simultaneously, the romantic dreams of the heroine and the fraudulence of their fulfilment.  It was also Ophuls’ idea to people the orchestra that is playing for the lovers’ waltz with plulmp women who munch on sausages and complain about the overtime.  Prosaic reality constantly threatens moments of the purest poetry.

The sets of the film are so right that one forgets that they’re from the Universal lot–including the Frankenstein village.  In the same way, the score, which fully exploits Franz Liszt’s piano work, “Il Sospiro”, enhances without intruding. 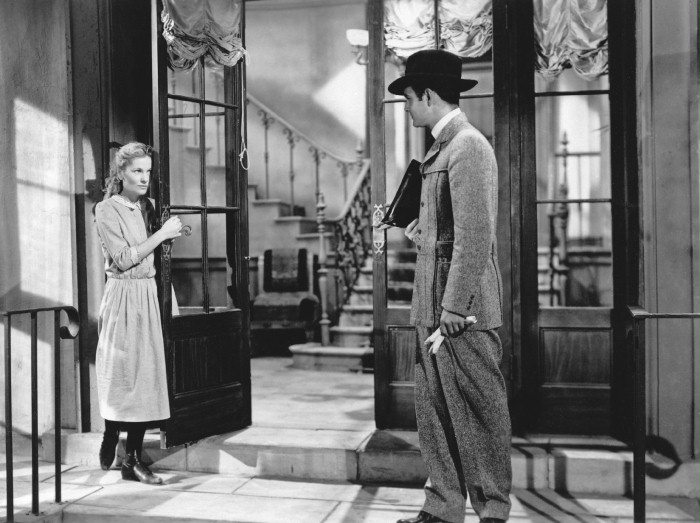 As for Joan Fontaine’s portrayal of the tragic heroine, many consider it her finest performance, her Hitchcock roles notwithstanding.  She was then 30 years old; but in kekeping with the then-current trend, she is required to age from 15 to 29.  The diminutive Fontaine’s scenes as a young girl seemed to satisfy all but the Harvard Lampoon who called her performance the “Worst Deception” of the year.  Although Louis Jourdan, the young European heartthrob of post-war Hollywood, exudes his reliable handsome charm, his credibility is doomed from the start, inasmuch as the musician is required to forget a woman of exquisite beauty and sensitivity of Lisa Berndle as played by Joan Fontaine.

Fontaine’s original intention in undertaking production was to make a film that could be frankly both a “woman’s film” and a work of art.  (Some critics who have been pleased with the film have expressed surprise that it is–except for Fontaine’s production credit, some inevitable actresses, and the musical score–a product of male collaboration.)  How fortunate she was to have, in Koch, a writer who could feel the impact of repetition (Note the return to the same stairways and the scenes in the railway station) and especially, Ophuls’ gliding camera.  James Mason may have once facetiously said of Ophuls’ camera movement:

“A shot that does not call for tracks
Is agony for poor dear Max,
Who, separated from his dolly,
Is wrapped in deepest melancholy.”

But Koch and Ophuls together, in serious artistic terms, give curious credence to Lisa Berndle’s line: “I know now–nothing happens by chance.  Every moment is measured–every step is counted.”  With people like Koch and Ophuls doing the counting and measuring, great works of art are born!