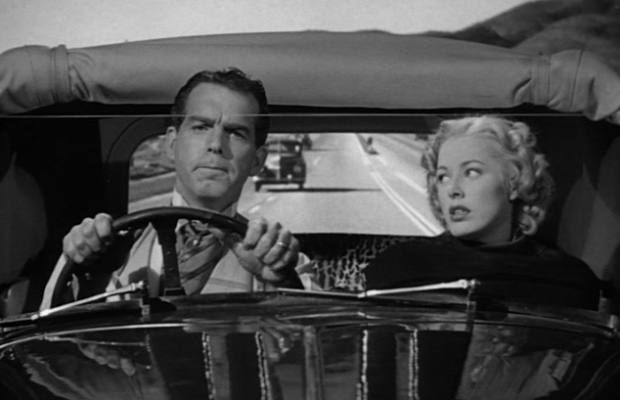 Toronto Film Society presented A Millionaire for Christy (1951) on Monday, February 3, 2020 in a double bill with The Bride Comes Home as part of the Season 72 Monday Evening Film Buffs Series, Programme 5.

Of the three leads in the film A Millionaire for Christy, Richard Carlson is today probably the least recognized, in spite of an impressive body of work. He appeared in 56 movies between 1938 and 1969. Between 1953 and 1975, he appeared in many television shows, including the lead role in the TV western McKenzie’s Raiders (1958-59). He wrote and directed a number of episodes, as well. His TV directing credits include The Man and the Challenge and Men into Space (both 1959), as well as five episodes of The Detectives Starring Robert Taylor (1961-62). His writing credits include episodes for Schlitz Playhouse and Kraft Theatre, as well as three episodes of O’Hara, US Treasury (1971-73). His television appearances over the years include roles in many of the most popular series, including Perry Mason, Bonanza, Rawhide, The Loretta Young Show, Wagon Train, and Burke’s Law, among others.

Carlson was born in Albert Lea, Minnesota in 1912. He attended the University of Minnesota, majoring in drama. He wrote and directed a number of plays before graduating cum laude with a Master of Arts degree. After an unsuccessful attempt at running his own repertory theatre in Saint Paul, Minneapolis, he moved to New York to pursue a stage career. Between 1935 and 1938 he acted in a number of plays, with his debut being Three Men and a Horse. He acted alongside Ethel Barrymore in The Ghost of Yankee Doodle (1937-38) and Whiteoaks (1938). In 1937 he wrote and staged his play Western Waters. Unfortunately, it only ran for seven performances. His other Broadway credits are Now You’ve Done It (1937) and Stars in Your Eyes (1939). His move to California and involvement with The Pasadena Playhouse gained him notice by the film industry. His first role was in David O. Selznick’s comedy The Young in Heart (1938). That film established his career as the romantic male lead or juvenile lead in films made by MGM, Universal, and Paramount. His female co-stars included: Lana Turner in These Glamour Girls and Every Other Inch a Lady, aka Dancing Co-Ed (both 1939); Anne Sheridan in Winter Carnival (1939); Lucille Ball in Too Many Girls (1940); and Donna Reed in The Man from Down Under (1943). He also acted alongside Cary Grant in The Howards of Virginia (1940); Bob Hope in The Ghost Breakers (1940); Charles Laughton in The Man from Down Under (1943); and Abbott and Costello in Hold That Ghost (1941). 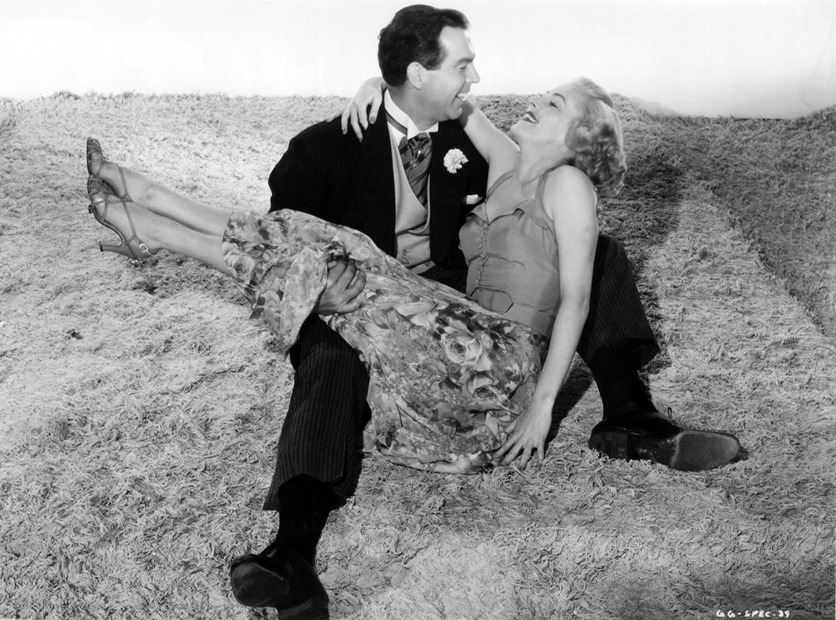 Like many of his contemporaries, he put his acting career on hiatus during World War II, when he joined the US Navy in 1943. When he returned to Hollywood, he took to writing when his film career was slow to establish. He had supporting roles in So Well Remembered (1947) and The Amazing Mr. X (1948), and the lead in Behind Locked Doors (1948), a film noir directed by Budd Boetticher, who went on to direct many well regarded western films. In 1950 Carlson co-starred with Deborah Kerr and Stewart Granger in the very successful King Solomon’s Mines. During the filming in Kenya and the Belgian Congo, he wrote a series of articles for The Saturday Evening Post under the collective title “Diary of a Hollywood Safari”. Despite the success of King Solomon’s Mines, Carlson remained a supporting actor, only appearing as the lead in the low-budget movies Whispering Smith Hits London and Retreat, Hell! (both 1952). It wasn’t until 1953, with his appearance in the science-fiction film The Magnetic Monster, that his career once again blossomed. Science-fiction and horror films became immensely popular in the 1950s, and Carlson starred in some of the best of the genre. He had the lead roles in the 3D movies The Maze (1953), It Came from Outer Space (1953), and Creature from the Black Lagoon (1954). The success of his movies earned him the male lead opposite Barbara Stanwyck in All I Desire (1953). He then directed and starred in the science-fiction movie Riders to the Stars (1954). He directed the westerns Four Guns to the Border (1954) and The Saga of Hemp Brown (1958), both starring Rory Calhoun, as well as Kid Rodelo (1966), in which he also co-starred.

Richard Carlson is often confused with the actor Hugh Marlowe, to whom he bears a striking resemblance. Marlowe also starred in some popular science-fiction films of the 1950s, so the confusion is understandable. Like a few of his Hollywood contemporaries, Carlson married only once. He and Mona Carlson were married from 1939 until his death in 1977. They had two children. For his contribution to the entertainment industry, Richard Carlson has a star on the Hollywood Walk of Fame.

Douglass Dumbrille, who plays J.C. Thompson in A Millionaire for Christy, was born on October 13, 1889 in Hamilton, Ontario. After a brief stint working as a bank clerk in his hometown, he caught the acting bug and departed for the States to hone his craft in various stock companies. At one point he owned an onion farm, but sold out in 1924 after making his Broadway debut as Banquo in Macbeth. Dumbrille spent the rest of the 1920s enjoying modest fame on the Great White Way, acting and singing in a variety of stage productions. He even appeared in an historical silent short, The Declaration of Independence (1924), portraying Thomas Jefferson. Dumbrille joined the rush of Broadway actors heading to Hollywood that occurred after the introduction of sound on film. The tall, distinguished character actor with the mellifluous voice became renowned for playing suave villains and the occasional snivelling coward. His proper film debut came in 1931, giving sea captain Gary Cooper the gears in His Woman. From there, he went on to appear for decades in a multitude of movies, most of them A-listers. He was one of Barbara Stanwyck’s pushovers in Baby Face (1933); a mobster who menaces Warner Baxter and Myrna Loy in Broadway Bill (1934); and, most notoriously, the evil Mohammed (“We have ways of making men talk!”) Khan who tortures Gary Cooper and Franchot Tone in The Lives of a Bengal Lancer (1935). One of his rare “good guy” roles was playing Athos in The Three Musketeers (1939). Dumbrille was a cast member in six Best Picture Oscar nominees: I Am a Fugitive from a Chain Gang (1932), The Lives of a Bengal Lancer (1935), Naughty Marietta (1935), Mr. Deeds Goes to Town (1936), Julius Caesar (1953), and The Ten Commandments (1956). On the flipside, he also had his moments being a comedic foil, taking pot-shots from the likes of the Marx Brothers, Abbott and Costello, and Bob Hope.

Moving easily into TV in the 1950s and 1960s, Dumbrille appeared on The George Burns and Gracie Allen Show (1950) and with fellow Canadian Raymond Burr on Perry Mason (1957), as well as on The Untouchables (1959), Laramie (1959), and Petticoat Junction (1963). His last role, at the age of 76, was playing a doctor in an episode of Batman (1966). Dumbrille died of a heart attack a few years later, in 1974. He was survived by his second wife, Pat, the daughter of his close friend, character actor Alan Mowbray. Despite the 42-year difference in their ages, the couple got along well together and, in Dumbrille’s own words: “We don’t give a continental damn what other people think.”

Robert Carson, born on June 8, 1909 in Carman, Manitoba, plays the uncredited role of a police officer in A Millionaire for Christy. His other film credits include Red Snow (1952), The Ten Commandments (1956), and Hawaiian Eye (1959). If he looks vaguely familiar, it’s because he was movie star Jack Carson’s older brother.