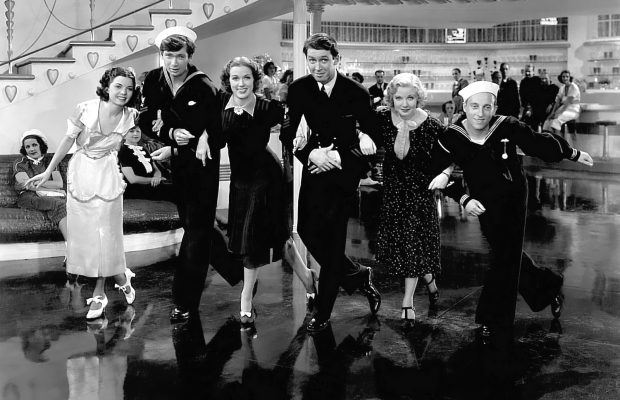 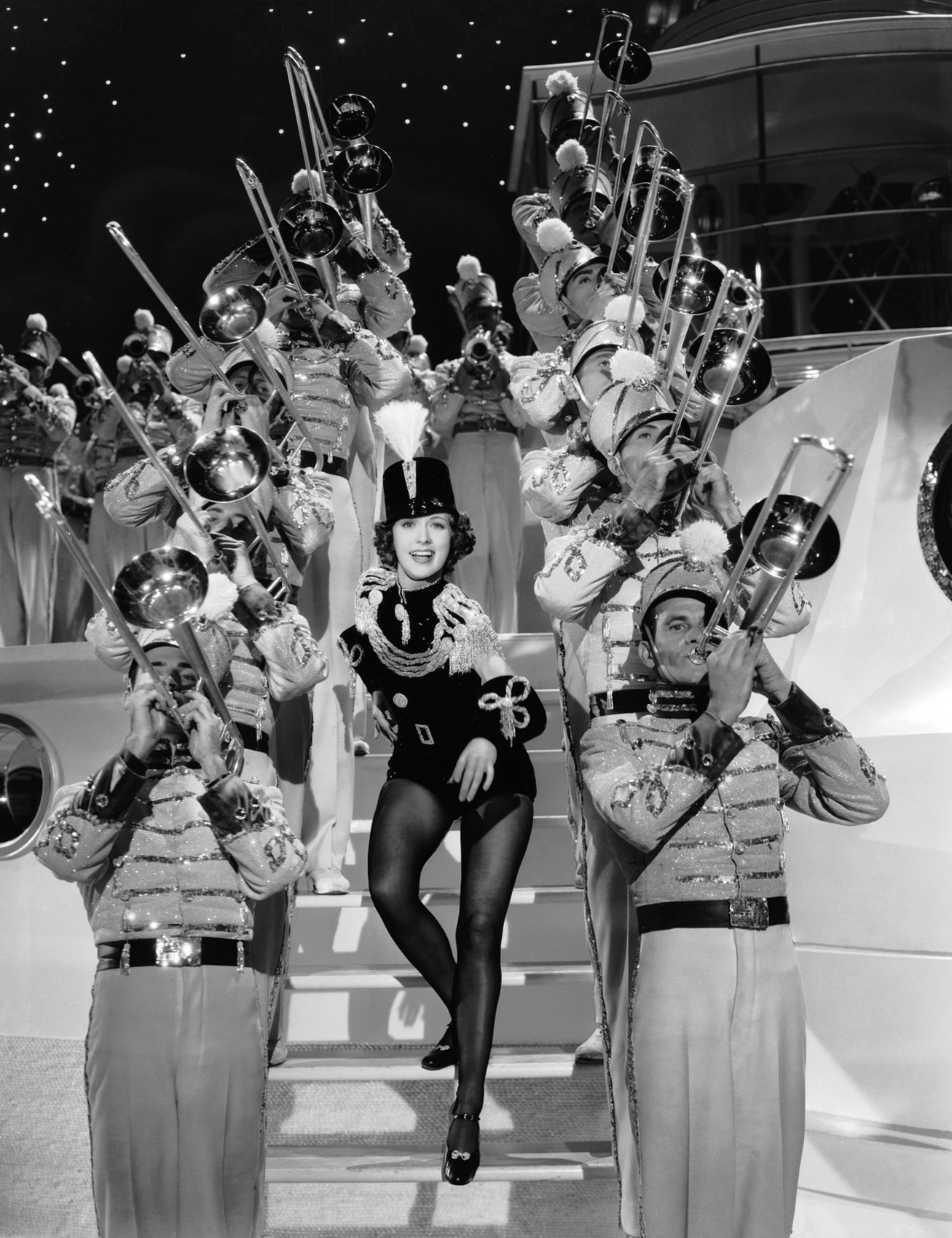 The success of the original That’s Entertainment three years ago rested largely, so far as the female stars were concerned, on the adorable shoulders of Judy Garland.  However, there were supporting artistes of no small appeal.  Many people had forgotten how crazily entertaining the aquatic acrobatics of Esther Williams could be.  How anybody could forget that is puzzling but still….  In the case of Eleanor Powell, much of the audience had not had a chance to forget or remember what they had never known.  This lively, peppy lady’s films had scarcely or never been revived since her relatively early retirement from the screen after the not commercially sensational Sensations of 1945.  Tonight’s film is possibly her best–although the following year’s Rosalie runs it close–and also showcases the charm of the young James Stewart, whose modest strictures on his own singing in That’s Entertainment can be taken with a pinch of salt, for vocally he’s really rather good.  It’s a nicely unexpected touch, by the way, that the romantic “Easy to Love” number which he shares with Miss Powell should be followed by a little comic coda featuring Reginald Gardiner as a choreographed cop.  Just to bring things full circle, Easy to Love was used as the title of Esther Williams’ 1954 Cyprus Gardens epic–the one where Busby Berkeley went mad with speedboats.

Eleanor Powell remained silent about her career until recently, when she spoke with frank intelligence to English superbuff John Kobal.  From two interviews published in the magazine “Focus on Film” in 1974/75, we take the following behind-the-scenes analysis of what, on screen, looks so easy: –

“I would try to think up something that is still tapping but with something else.  After all, you can’t just come out and tap.  With Born to Dance, they had me up so high I was way up to the top of the roof of the tallest stage we had at MGM, and they had a big boom camera following me.  I had to learn from a fireman that if the pole’s too long when you come down, you twirl like firemen do when they come down.  But I couldn’t go round, I had to be with the camera.  And I didn’t want to go round!  I wanted to do it the hard way–one leg and one arm held out.  These were the exciting things.”