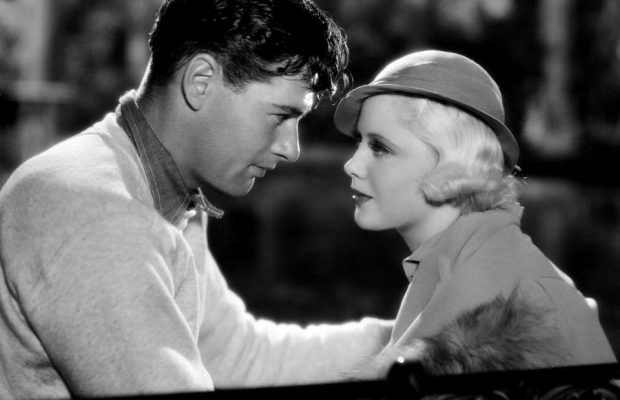 Films about collegiate life were a staple on Hollywood’s movie menu throughout the twenties and the thirties.  Paramount in particular had a penchant for pictures dealing with football heroes, cheerleaders, sorority pranks, sex-obsessed students and Sis Boom Bah in general.  In the twenties Paramount gave us such productions as The Campus Flirt (1926) with Bebe Daniels, The Quarterback (1926) with Richard Dix, Rolled Stockings (1927) with Louise Brooks and Richard Arlen, Swim, Girl, Swim (1927) with Bebe Daniels, Varsity (1928) with Buddy Rogers and Mary Brian, The Wild Party (1929) with Clara Bow, Fredric March and Jack Oakie, and Sweetie (1929) with Nancy Carroll, Helen Kane and, again, Jack Oakie who would turn out to be the screen’s most persistent campus figure.  In the thirties Paramount presented Touchdown (1931) with Oakie and Arlen, Horsefeathers with the Marx Brothers, Hold ’em Yale (1935) with Cesar Romero, Buster Crabbe and Patricia Ellis, Campus Confessions (1938) with Betty Grable, and Million Dollar Legs (1939) with Betty Grable and Buster Crabbe–PLUS a whole series of films with “college” in the title, including College Rhythm (1934) with Joe Penner and Jack Oakie, College Scandal (1935) with Arline Judge and Kent Taylor, Collegiate (1935) with Joe Penner, Jack Oakie and Betty Grable, College Holiday (1935) with Jack Benny, Burns and Allen, Martha Raye and Mary Boland, College Swing (1938) with Burns and Allen, Martha Raye, Bob Hope and Betty Grable, and this afternoon’s film College Humor with Bing Crosby, Richard Arlen, Burns and Allen, Mary Carlisle and the inevitable, but always welcome, Jack Oakie. 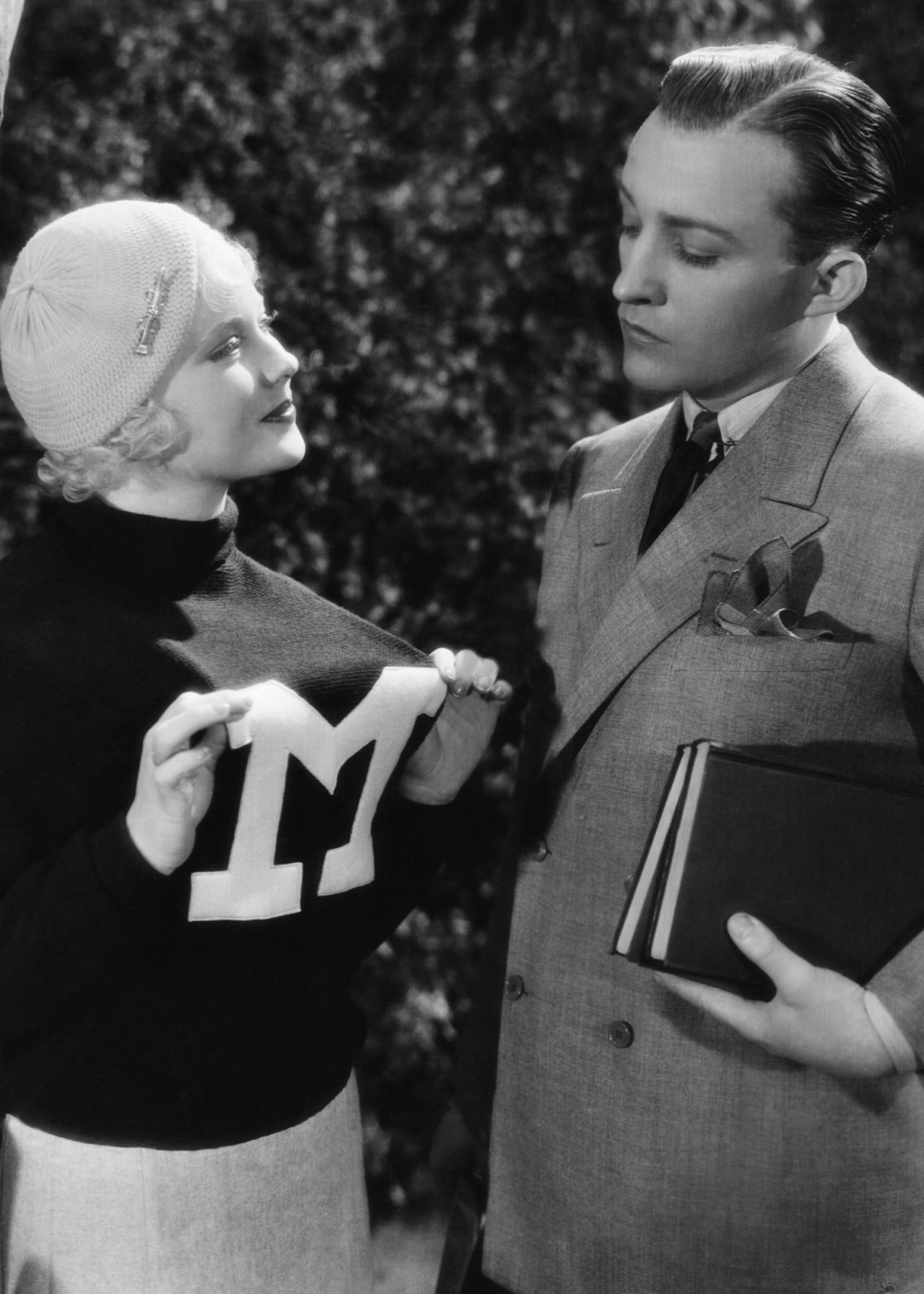 An enjoyable mixture of songs and comedy, College Humor has Professor Bing Crosby, (who advises his students to “Learn to Croon”) being actively pursued by beautiful young coed Mary Carlisle, much to the chagrin of the resident “Big Man on Campus,” football hero Richard Arlen.  Although this film contains all the standard ingredients of a typically campy thirties college picture (including a trumped-up glorified football game in the final reel), College Humor and the Marx Brothers’ Horsefeathers are perhaps the only two college films produced during the thirties that can still be fully enjoyed and appreciated.  One of the reasons is the good cast, Bing Crosby, in his second starring role, exhibits the easy-going, good-humored manner and relaxed singing style that kept him a top star for three decades, and he receives valiant help from the always agreeable and personable Dick Arlen, the always humorous Oakie, and, especially, George Burns and Gracie Allen as the operators of a nutty catering service.  The score too is a top one–with three of the songs being major hits.  But the principal reason for the film’s success is that it does not approach its subject in a very serious manner.  This in turn is due to the expert direction of Wesley Ruggles.  Ruggles who started his Hollywood career in 1914 with Keystone was the brother of gifted comic Charlie Ruggles, and his history has been sadly neglected by movie historians.  (Andrew Sarris does not rate him a line in his book of directors.)  Among Ruggles’ films are such hits as The Plastic Age (1925) with Clara Bow, Cimarron (1931) with Richard Dix and Irene Dunne, No Man of Her Own with Gable and Lombard, I’m No Angel (1933) with Mae West and Cary Grant, Bolero (1934) with George Raft and CArole Lombard, The Gilded Lily (1935) with Claudette Colbert and Fred MacMurray, Valiant is the Word for Carrie (1936) with Gladys George, I Met Him in Paris (1937) with Claudette Bolbert, the uproarious True Confession (1937) with Carole Lombard, Fred MacMurray and John Barrymore, Sing You Sinners (1938) with Bing Crosby and Fred MacMurray, Arizona (1940) with Jean Arthur and William Holden, and See Here, Private Hargrove with Robert Walker.  Quite an impressive lineup.