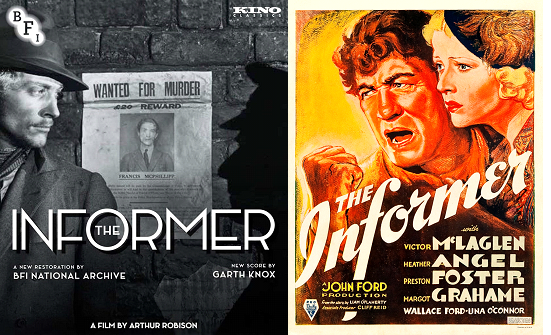 Perhaps the most surprising thing about tonight’s double bill of The Informer is that while John Ford’s 1935 remake has received high critical acclaim, the Arthur Robison original remains virtually unknown.  Surprising because some critics and theorists argue that the original is a better film with greater depth, complexity, and irony than the rather simplistic remake.

Made only six years apart the two films present quite different versions of Liam O’Flaherty’s novel about an IRA member, Gypo Nolan (Lars Hanson, Victor McLaglen) who informs on a colleague for a reward of twenty pounds.

The major differences between the two films are in the motive for Gypo’s betrayal of Francis/Frankie McPhillip (Carl Harbord, Wallace Ford), and the events that lead up to his own inevitable destruction at the hands of the IRA.  In the original the reason for the betrayal is one of personal jealousy.  But it’s a jealousy that ends in an ironic twist for Gypo as he gives his blood money away and himself becomes a victim of jealousy.

In the Ford remake the motive has a greater sense of mythology.  Gypo’s motive is money, but money to take him away from the poverty only barely hinted at in the earlier film.  It’s Gypo’s passport to America; to the new land; Ford’s promised land in so many of his films.  There is no ironic twist in the plot, and Gypo become the victim of his own inescapable fate.  His money is simply whittled away by his “friends” and he is left with nothing.

For all their differences the two films have many similarities, not the least of which is their style.  Both films were made close enough to the silent era to reflect back on the genre and make use of it.  The original starts out as a silent films (sound effects excepted) and switches to a sound film about two-thirds of the way through.  Strangely enough the Ford film almost follows suit, with minimal dialogue, the first of which is spoken ten minutes into the film. 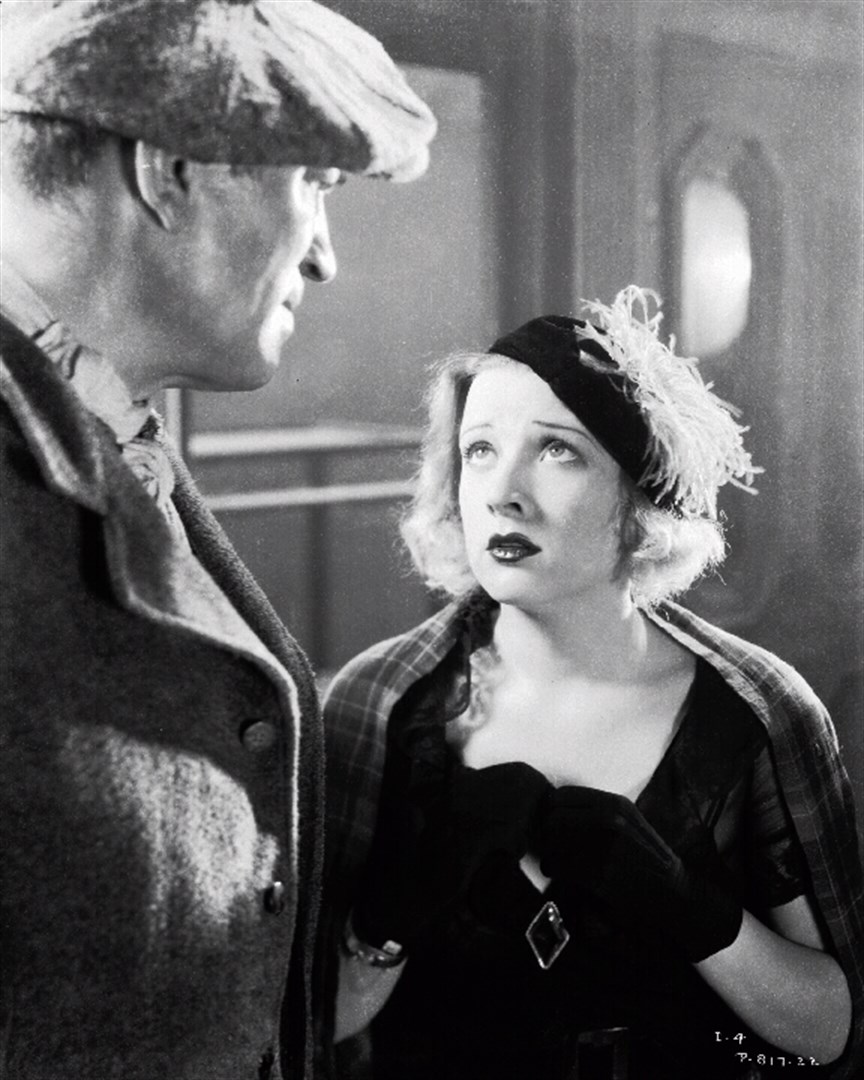 The visual style of both films owes much to the school of German Expressionism.  Robison himself was an Expressionist film maker and made Warning Shadows in Germany in 1923.  His use of expressionist lighting, shadows, and silhouettes is carried over into The Informer.  Ford too is influenced by the expressionists.  His fog-shrouded streets are pierced by shafts of light from street lamps and the foreboding shadow of McLaglen’s Gypo.  In both films Gypo’s fate is sealed from the outset by the expressionistic lighting and shadows that close in on him and highlight his inability to control his own destiny.

Exactly which of the two films is the better we leave for you to judge.  This is a rare opportunity to see them both together and compare, and it’s one that we hope you will find rewarding.