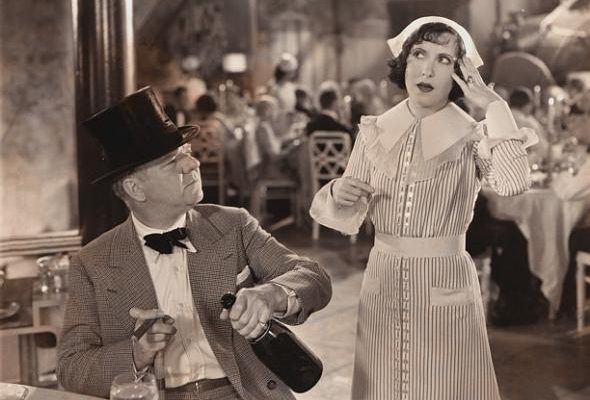 Although the much-married Peggy Hopkins Joyce receives top billing in International House, the film is dominated by second-billed W.C. Fields who receives scant footage in the first half of the movie but takes command of the second half so completely that he turns it into a Fields day.  The flimsy plot concerns a television machine, herein called a “radioscope,” which is thrown open to international bidding by its Chinese inventor (Edmund Breese).  Among the bidders who come to Wu Hu, China to obtain the rights to the invention are General Petronovich (Bela Lugosi), the Russian representative who is wildly jealous of his ex-wife Peggy Hopkins Joyce, and Tommy Nash (Stuart Erwin), a dim-witted American who gets mixed up with gold-digging Miss Joyce, but who is really in love with Carol (Sari Maritza), daughter of the British representative Sir Mortimer Fortescue (Lumsden Hare).  The most important character, however, (certainly from the audience’s standpoint), is Professor Quail (Fields), who clambers into his plane “The Spirit of Brooklyn,” (loading it with enough liquor to sustain him on his journey), an flies over pagodas and other Oriental architecture, ultimately landing, by error, in the grounds of the International House in Wu Hu, site of the television demonstration.  “Is this Kansas City, Kansas, or Kansas City, Missouri?” Fields inquires of the harassed and prissy hotel manager, Franklin Pangborn.  “Wu Hu!” calls back the irked Pangborn.  Fields sizes him up with an expression of distaste, and removes the flower from his own lapel.  “Don’t let the pansy fool you,” he replies somewhat icily.  Fields soon gets mixed up with Miss Joyce who has taken a “genuine” romantic interest in him now that she has heard he is a millionaire.  When the jealous Lugosi and his cronies arrive on the scene, Fields and Joyce attempt a getaway in Fields’ midget car which results in a marvelous slapstick chase–the small auto careening all over the hotel, through the lobby, up in the elevator, down a fire escape, (the matching up of model scenes with full-scale action is very skillfully done), upstairs, and finally onto the roof where the car trundles directly into Fields’ plane.  As they rise into the air and safety, Miss Joyce discovers that she is sitting on something strange.  She rises to reveal a litter of nondescript kittens.  “I wonder what their parents were?” she asks of Fields.  “Careless, my little cup cake, careless,” replies the great one. 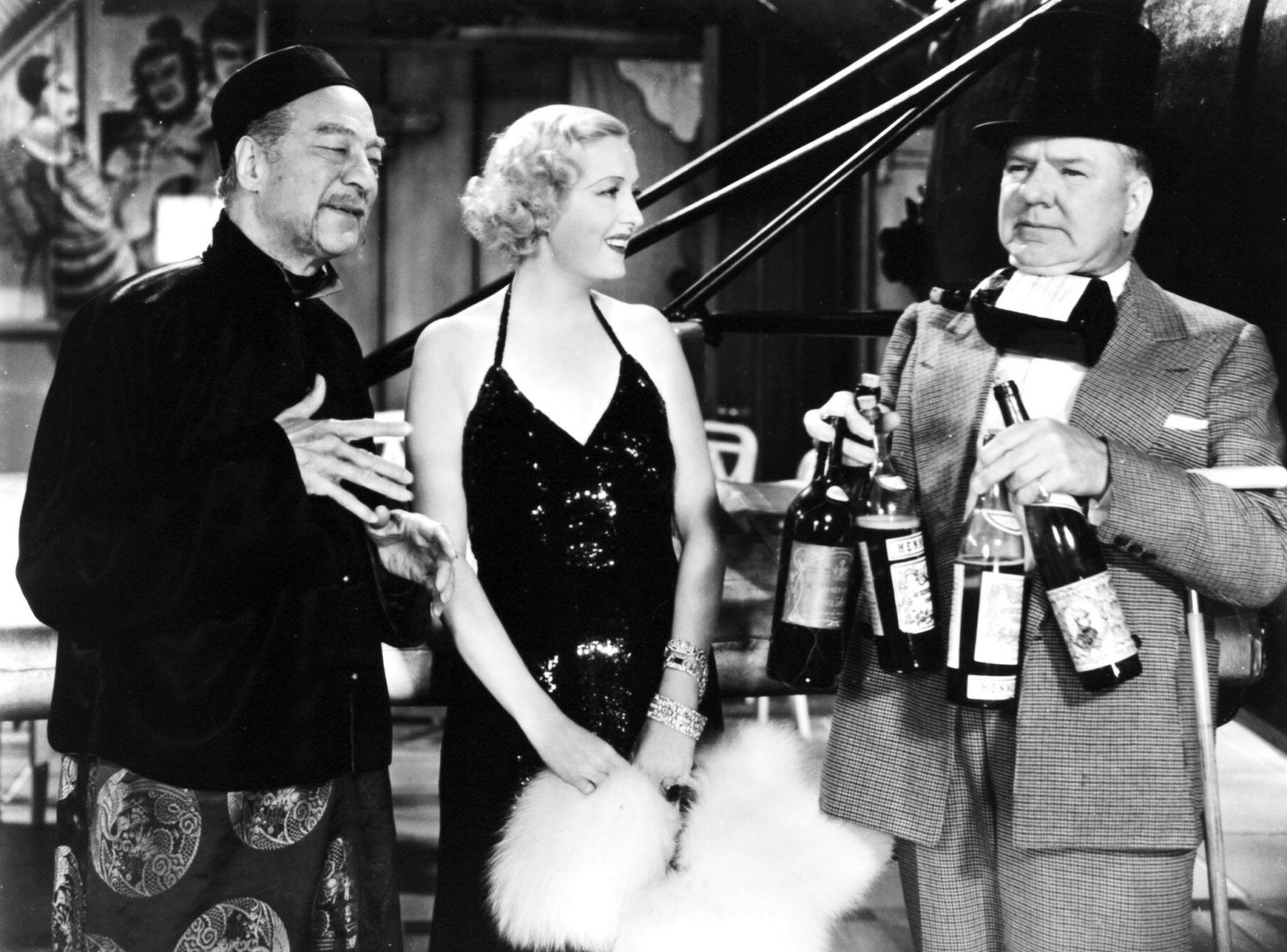 A handsome film with luxurious sets, some ingenious special effects and the aforementioned slapstick finale which must have been expensive to stage, International House is constructed along the lines of mammoth vaudeville show, ringing in the guest stars and their specialty numbers by means of the television gag.  Rudy Vallee is in for a song.  Cab Calloway with his orchestra does an eyebrow-raising number called “Reefer Man”–a paean of praise to the joys of marijuana smoking.  Radio team Stoopnagle and Budd, very popular in the early thirties but antiquated now, do a comedy skit, and Baby Rose Marie, (who grew up to appear on the Dick Van Dyke Show as Rose Marie), renders what William Troy in The Nation described as “a positively distressing version of a very much grown-up torch song.”  Unlike the other radio personalities, burns and Allen are part of the plot, as the hotel’s doctor and nurse respectively, and next to Fields contribute the most fun to the film.

Probably inspired by Busby Berkeley, the one big production number–“She Was a China Tea-Cup and He Was Just a Mug” (by Ralph Rainger and Leo Robin) has comedian Sterling Holloway as its dancing principal.  In it, the girls, representing coffee-pots, cups and saucers are sparsely dressed in cellophane and transparent silks–and the extremely mobile camera, swinging overhead or gliding along the floor through archways of perfectly matched legs, makes the most of these.

International House re-united Fields with his old director Eddie Sutherland, (one-time husband of Louise Brooks), for the first time since Tillie’s Punctured Romance (1928) and augured well for their future collaborations.  But as famed film historian William K. Everson states in his book The Art of W.C. Fields, (from which much of this information was obtained): “Alas, however, that collaboration was not maintained on Field’s next picture, Tillie and Gus, (directed by Francis Martin), the one picture above all others where he really needed a director, for this was the first of his talkie features to be constructed as a Fields vehicle.”