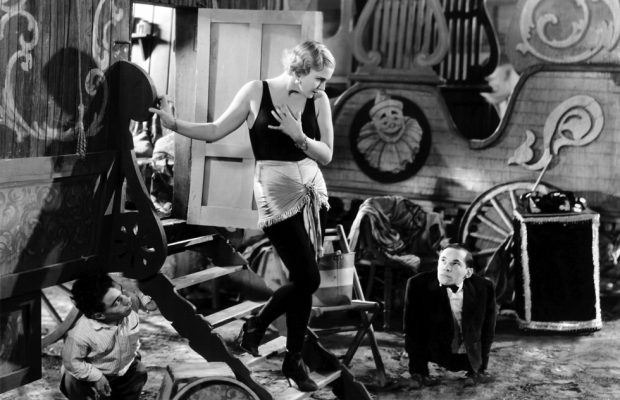 Toronto Film Society presented Freaks (1932) on Monday, March 22, 1982 in a double bill with Victim as part of the Season 34 Monday Evening  Film Buffs Series “B”, Programme 9. 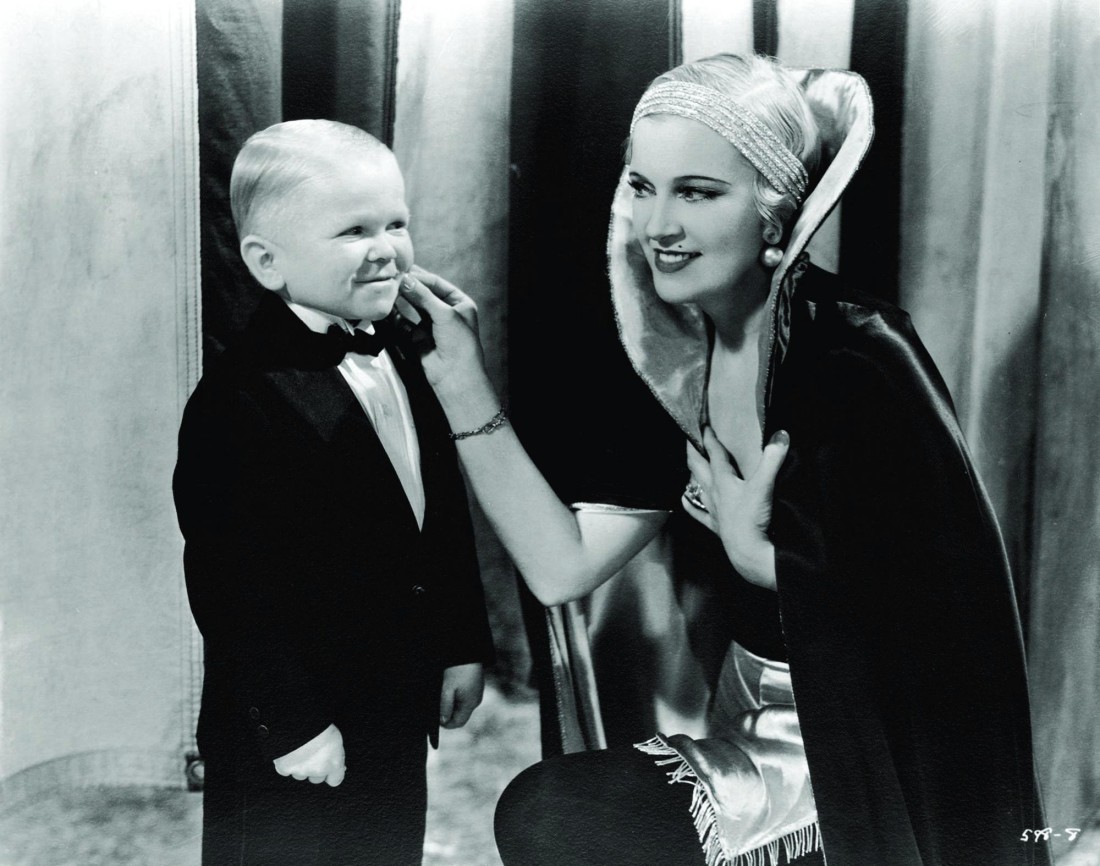 Freaks is not really a horror film at all, though it contains some horrifying sequences.  The conventional horror film is one of our responses to the nonhuman element in the world, the incomprehensible objective world that threatens to render life meaningless.  The movie monster is the embodiment of the nonhuman, the irrational, the inexplicable.  It is through his destruction by fire, sunlight, or crucifix that we are purged of our own fear of the nonhuman.  We must therefore identify with the victims of the movie monster, and find our release in the monster’s ultimate death.  In Freaks we are asked to identify with the ostensibly nonhuman, to turn against what we normally think of as our ‘own kind’ and to discover in the humanity of the freaks a moral center for the universe.

The routine plot is merely a structure upon which Browning can work to achieve this remarkable reversal.  Hans, a circus midget, is engaged to Frieda, another midget, but is attracted to Cleopatra, an Amazon high-wire performer.  Cleopatra is enjoying her own affair with Hercules, the circus strong man, but encourages Hans because of the secret pleasure she finds in ridiculing him.  When she discovers that Hans has inherited a large fortune, she plans with Hercules to marry the midget and then poison him.  The plot is discovered, and the other freaks hunt down the villains and mutilate them, transforming Cleopatra herself into a freak.

Apart from the normal players, most of the roles are taken by real circus freaks assembled by Browning from all over the world–dwarfs, midgets, pinheads, bearded ladies, human worms, Siamese twins.

The crucial scenes in the movie are those which show the daily routine of the freaks, the individual adjustment of the freaks to their handicaps being almost clinically observed.  We watch the armless woman drink beer from a glass grasped by a prehensile foot, while the human worm, both armless and legless, lights his own cigarettes with his teeth.  Having selected a new dress, the pinhead Slitzy flirts charmingly with the clown–Wallace Ford, one of the few normal characters who treats the freaks as equals, and acts as a link between the two worlds.  Slitzy’s normal womanly reactions are matched by those of Frieda, whose romance with Hans is so managed as to appear more mature, more dignified, despite squeaky voices and stiff gestures, than the comparable affair of Cleopatra and Hercules.  It is through these and similar scenes that Browning effects the inversion of values that lies at the heart of the film.

The freaks, as the movie is at pains to point out, live in a world of their own, created by themselves, but open to all of their own kind and to any normal person good enough to accept them.  They are very much in this world, determined to make the best of it.  It is only the non-accepting attitude of some of the normals which precipitates the crisis that finally turns those normals themselves into freaks.

What, then, are we to make of this as a ‘horror’ film?  Can the freaks be seen both as objects of sympathy and as nightmarish incarnations of the nonhuman?  Browning does evoke both responses, creating a tension within the viewer which could ruin the movie but which in fact enriches it.  The use of the freaks for the creation of macabre effects is skillful enough, but always, until the last scene, mixed with a warm appreciation of their humanity.

For instance, we are first introduced to them during an outing in the country, when the camera, peering through the trees, comes upon a grotesque round dance of hopping, squirming, crawling things.  Then as the camera draws closer, the monsters resolve suddenly into people–‘just children’, as the normal woman with them explains–transformed from agents of terror to objects of compassion within moments. 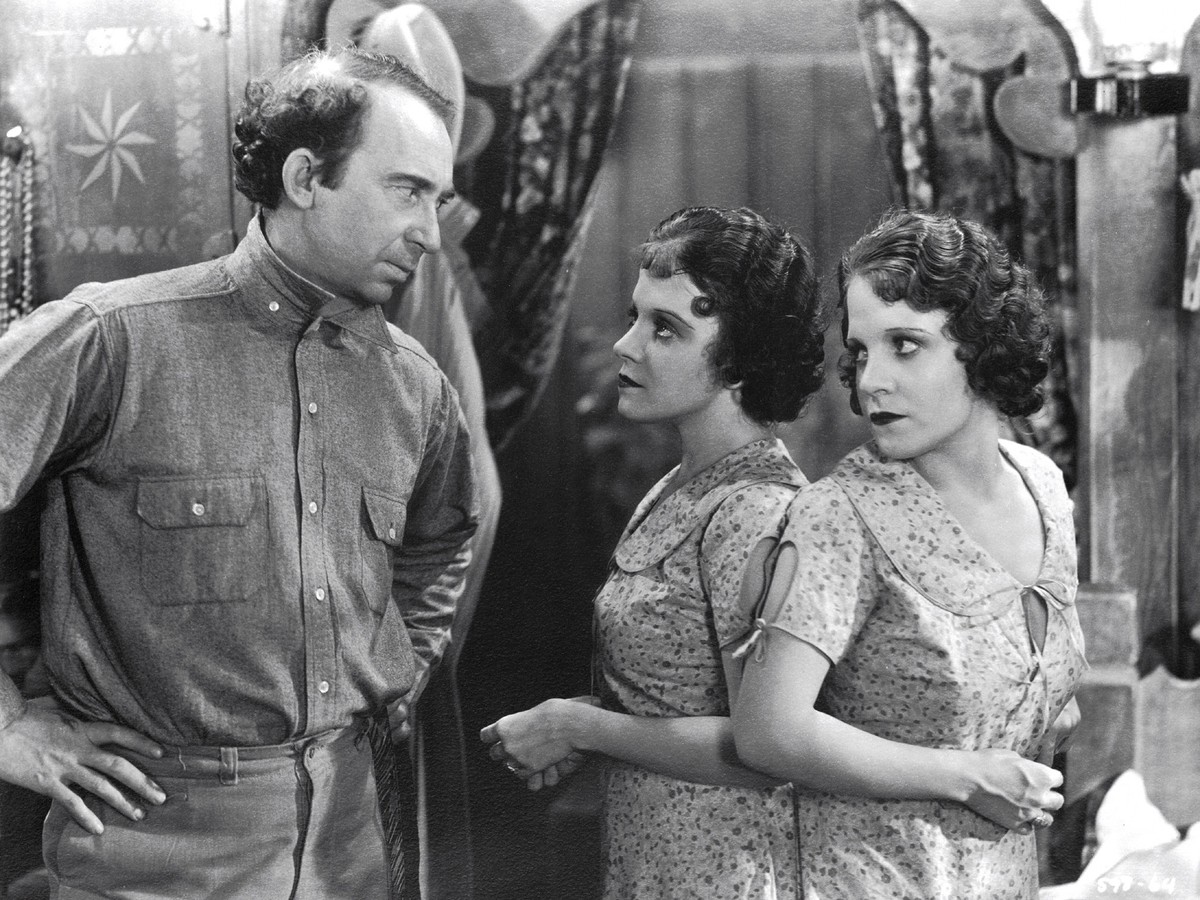 Then there is the justifiably famous wedding feast, with Cleopatra and Hercules the only normals present, a ritual celebration of freak culture.  Leading a macabre chant, ‘We accept her, we accept her, gobble gobble, one of us, one of us’, a dwarf dances across the banquet table bearing a huge communal wine bowl, offering it at last to Cleopatra to drink from as her token of induction into the world of the freaks.  There can be no surprise at Cleopatra’s revulsion at this point, but any sympathy one might have for her collapses as she later humiliates Hans in front of his friends by riding him about on her shoulders.  Once again the openness of the freaks is contrasted with the intolerance and false security of the ‘normals’.

Certainly the final sequence in which the freaks hunt down and mutilate Cleopatra and Hercules is as ghoulish as anyone could wish.  Amidst a jumble of wrecked circus trailers, lightning splitting sky and sound track, the ground a muddy ooze, the darkness swarms with crawling, hopping shapes, lit grotesquely by momentary flashes, all humanity seemingly erased.

This is our last image of the freaks, and perhaps it may be counted an artistic mistake.  If the picture is really an attempt to evoke sympathy, can it end with the freaks transformed into monsters?

It can, and does, because the ground has been so carefully prepared that the audience must, at the end of the film, react against its own revulsion.  We are horrified, but we are simultaneously ashamed of our horror; for we remember that these are not monsters at all but people like us, and we know that we have again been betrayed by our own primal fears.  Had the picture ended on a more idyllic note we might have been self-satisfied, stuffed with our own tolerant virtue.  Instead, we are plunged back into the abyss of our own sick selves, to recall once again that the most fearful inhumanity we can know is our own.  With this final scene, then, the double image is complete.