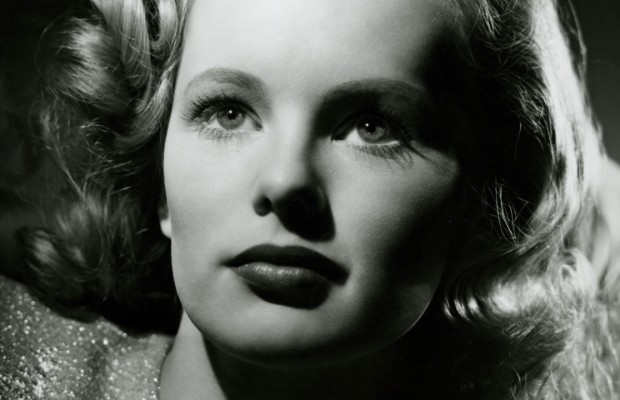 Toronto Film Society presented Moss Rose (1947) on Monday, March 30, 2015 in a double bill with A Study in Terror as part of the Season 67 Monday Evening Film Buff Series, Programme 7.

“Readers of thriller fiction have been talking for quite some time about a writer called Joseph Shearing, whose many period mysteries are said to have a flavor and distinction all their own.  And now it appears that filmgoers will have reason to join the claque, if all of this author’s output is as adaptable as the first to reach the screen.  Moss Rose, the first of several promised Shearing films is a suave and absorbing mystery thriller, neatly plotted and deliciously played.

“As with all good mystery fiction, a part of its fascination is due to a smooth bit of characterization in the principal role.  That is the role of a Cockney chorine, back in Victorian times–a little girl who has wistful aspirations to live in a great house with the swells.  And because this robust little creature is so nicely and acceptably revealed, the things which happen to her seem much more important than otherwise.

“And the things which happen to her are sufficiently exciting, even so.  For not only does the little lady get her cherished wish by blackmailing an elegant young gentleman who has apparently murdered one of her friends but she finds herself perilously mixed up in a dark frustration in an ancient country house.  Along with the suspected young gentleman, his doting mother, a jealous fiancée and a bullet-headed butler, it’s anybody’s guess as to who is the quixotic murderer whose crimes are trademarked with a bible and a moss rose.

“Thanks to a splendid performance by Peggy Cummins in the role of the girl, there is something to watch when she is acting besides the consequence of the makeup artist’s work.  Her job as the Cockney chorine has spirit, humor and bass–and a surprisingly tender quality which nicely rounds the role.  Victor Mature is also competent as the suspected murderer and Ethel Barrymore is spacious and disturbing as a Devonshire matriarch.  Vincent Price does very nicely as one of those polite but persistent Scotland Yard men and George Zucco, Rhys Williams and Patricia Medina are impressive in lesser roles.”

Joseph Shearing, the author if the novel on which the movie is baed, is the pen name of Marjorie Bowen, a writer who is largely forgotten about and/or overlooked these days, but once upon a time she was one of the world’s most prolific novelists.  Bowen unleashed over 150 novels over the course of her career, many of them spine-tingling horror/thrillers.  In order to mask the pace at which she was writing, Bowen adopted several different pen names over the years: George P. Preedy, John Winch, Robert Paye, Margaret Campbell and Joseph Shearing.  Rather than merely rotating through these names at random, she used them for specific purposes.  Under her “Joseph Shearing” pseudonym, she penned a variety of gothic romances and a handful of more traditional crime novels.  One of the latter entries was The Crime of Laura Saureille, which was eventually turned into the film bearing the more enigmatic title Moss Rose.  Another film adaptation of her work, So Evil My Love starring Ray Milland and Ann Todd, was shown by TFS a few seasons ago.