Toronto Film Society presented The Trouble With Women (1947) on Sunday, November 8, 1981 in a double bill with The Greatest Show on Earth as part of the Season 34 Sunday Afternoon Film Buffs Series, Programme 3. 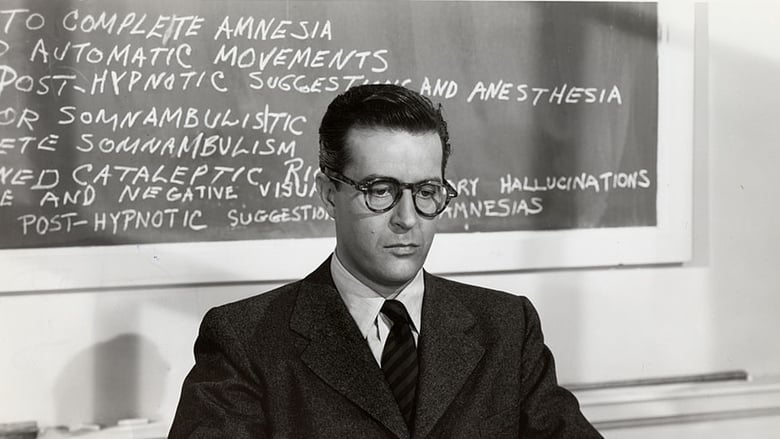 Although the women’s liberation movement is a comparatively recent phenomenon, this afternoon’s film took a look at the subject–albeit from a humorous viewpoint–34 years ago.  Ray Milland, for whom the adjectives “suave, debonair, charming, and self-assured” seem to have been invented, plays a psychology professor, the author of a book which states, among other things, that women have a sublimated desire to be dominated by men.  Naturally, he is a sitting duck for the press; and reporter Teresa Wright composes an article under a pseudonym, teasing the professor.  In a huff, Milland promptly sues her paper.  The lady is assigned to get the goods on the (naturally) absent-minded professor by city editor Brian Donlevy, a rough-hewn editor (was there ever any other kind in Hollywood?), who, predictably, is in love with his spunky reporter.  She enrols in Milland’s seminar, and proceeds to involve him in several hilarious and embarrassing scrapes.

As the professor, Britisher Ray Milland projects the right mixture of smugness and superiority in his earlier scenes, then turns on the charm as he is smitten with reporter Wright.  In common with his contemporaries Leslie Howard, Ronald Colman, et al., Milland had that beautiful melodious accent which seemed to be common to so many British performers of the era–a delight to listen to him, notwithstanding Milland’s considerable skill as an actor.

It is easy to understand the choice of Teresa Wright as the independent-minded reporter, for this stage-trained actress always projected an image of self-assurance, determination and intelligence in her roles.  A very dedicated actress, she seems not to have been interested in the self-promotion and aggressiveness necessary to become and remain a top star, and her career declined in the 1950s.

Like all films, The Trouble With Women must be viewed in the context of the time in which it was made, given then-prevailing attitudes and conventions, it is a lighthearted look at a subject–the equality of the sexes–which, oddly enough, is seldom explored currently in a serious manner by Hollywood.

TFS badly needs volunteers to type our programme notes, and to run them off on the mimeographer.  (We provide the machines: the typewriters are late models; the mimeographers are truly historic vehicle).  If either of these tasks is to your taste, please approach one of the directors (wearing the blue and white badges); he or she will overwhelm you with gratitude.