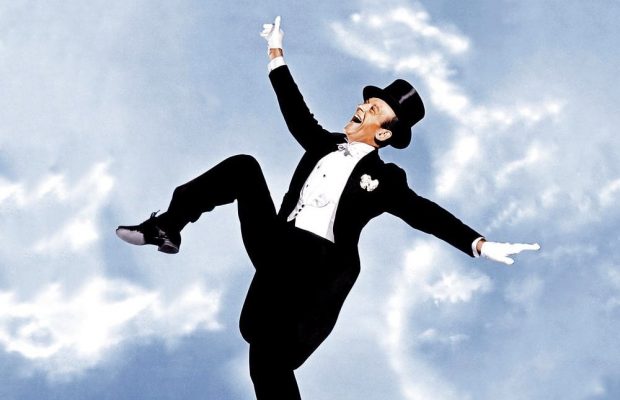 Toronto Film Society presented Blue Skies (1946) on Sunday, December 10, 1989 in a double bill with Anything Goes [Tops is the Limit] as part of the Season 42 Sunday Afternoon Film Buffs Series “A”, Programme 4. 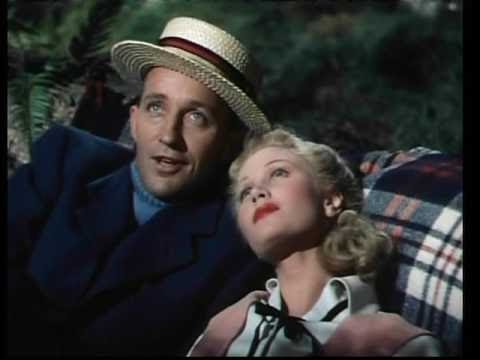 The year 1989 will be remembered as the year which marked the twentieth anniversary of Man’s First Landing on the Moon, the fiftieth anniversary of the beginning of World War II, and last but not least, the one hundredth birthday of songwriter Irving Berlin.

Known as the man who wrote the anthems for Christmas (“White Christmas”), Easter (“The Easter Parade”), and America (“God Bless America”), Berlin has written over 2,000 songs in his lifetime; not bad for a man who could only play piano in the key of C and who had never had a formal musical education.

Irving Berlin was a “young” man of about 47 years old when Blue Skies was made in 1946.  Although it features the two greatest song and dance men, Bing Crosby and Fred Astaire, it is really a wonderful showcase for Berlin’s versatility, featuring 30 songs, such as “A Pretty Girl Is Like a Melody”, “All By Myself” and “You Keep Coming Back Like a Song”.

Variety pointed out the basic resemblance between Blue Skies and Holiday Inn with the teaming up of Crosby and Astaire: “Mark Sandrich, who, with Berlin, Crosby and Astaire, whipped up Holiday Inn three years ago, was the key man in Blue Skies until his sudden death interrupted production plans for the pic.  Then, too, there was the emergency substitution of Astaire for Paul Draper, but with it all this film emerges a boxoffice winner in every respect.

…In every respect Paramount, Siegel, Heisler & Co. have done right handsomely by the starts, the tunesmith and their assignment.”

One of the highlights of the film is a dance sequence in which Fred Astaire is backed up by 10 midget Astaires, creating pictorial magic to the music of “Puttin’ On the Ritz”.  The singing of Crosby, the dancing of Astaire and the music of Berlin combine to make this one of the best musicals ever to hit the screen.