Toronto Film Society presented Carmen Jones (1954) on Sunday, April 12, 1987 in a double bill with Take Me Out to the Ball Game as part of the Season 39 Sunday Afternoon Film Buffs Series “A”, Programme 10.

In Variety‘s review of this film, the critic, in an aside, commented sourly: “Credits blithely ignore the fact that the original creator of “Carmen” was an author named Prosper Mérimée.  Does professional courtesy stop at the grave?”

Prosper Mérimée (1803-1870) was a distinguished French writer, a contemporary of Balzac, Victor Hugo and Alexandre Dumas Sr.  In 1830, at the age of 27, he made an extended visit to Spain, travelling throughout the country, ostensibly to do archeological research but in reality because he was fascinated by Spain and its people.  Somewhere during these travels he heard an anecdote which, fifteen years later, he expanded into a short novel called “Carmen” which, on its publication in 1845, quickly became a bestseller and was translated into many other languages.

The novel begins with a long prologue, occupying over a third of its length, in which the author describes how and why he, a Frenchman, happened to be wandering in this part of Andalusia, how he met and became friendly with a notorious bandid known as Don José Navarro, and saved his life by tipping him off that the soldiers were even now on their way to arrest him; how he met the Gypsy girl, Carmencita, who stole his watch; and how he later learned that Don José had murdered Carmencita and was about to be hanged for it (or more exactly, to be garrotted).  He visits José in his cell, and José tells him the whole story of how it all came to pass–which story, in José’s own words, comprises the rest of the novel.  His real name was Don José Lizarrabengoa, and he was a Basque, born in Navarre.  He had been intended for the priesthood, but as a result of a violent quarrel in which he beat up his opponent, he was obliged to flee the country.  He joined the army, and presently found himself stationed in Seville, with every hope of advancement up the ladder–until he became involved with a fascinating Gypsy girl, with the result that he got deeper and deeper into trouble, abandoned all self-respect to become a smuggler, a bandit and a murderer, tell finally, exasperated by his gypsy’s infidelities, he fatally stabbed her, and then turned himself in to the authorities.  It was a sordid tale of low-life in Spain–and it has been suggested that Mérimée deliberately made his two leading characters ethnically non-Spanish–Basque and Gypsy–in order not to offend the nationalistic sensitivities of the many respectable Spanish people who had been kind to him during his visit.  (Racism is nothing new).

It was thirty years later, and five years after Mérimée’s death, that the now-famous operatic version was created.  Many modern critics have taken the librettists to task for having “emasculated and prettified” the original, but its contemporaries had the opposite complaint.  One of the reasons the opera failed to please the middle-class patrons of the Paris Opéra Comique in 1875 was simply because it was too raw, too offensively sordid, presenting on the stage as “entertainment” a class of people that the good burghers of Paris found very distasteful.  In actual fact, Meilhad and Halévy, who were experienced playwrights in their own right, did an excellent job of transforming the novel–which in spite of its brevity encompasses incidents spread over a diversity of time and geography–into a stage drama confined to only four scenes.  Act 1 of the opera comes straight from the novel, but the rest is the librettists’ stage.  New characters had to be added to help to personify the drama.  As a contrast to the unscrupulous and amoral Carmen, and as a visible symbol of the respectable world that Don Joseé originally belonged to, the librettists invented Micaela, José’s childhood sweetheart, who is nowhere hinted at in the original.  (Neither is his mother).  A character mentioned a few times toward the end of the novel but never introduced in person–Lucas, a picador whom Carmen has been seeing in Granada–is renamed Escamillo, promoted to matador, and his role expanded and introduced as early as Act 2.  On the other hand, one character is dropped altogether as being unnecessary to their story: Carmen’s husband, the ruffian Garcia the One-Eyed, whom José eventually kills in a quarrel over cards.  Altogether, Meilhac and Halévy provided Bizet with a fascinating and first-rate libretto which has played no small part in the popularity of the opera.  (The innumerable movie versions of “Carmen” are variously based on either the novel, the opera libretto, or a combination of both). 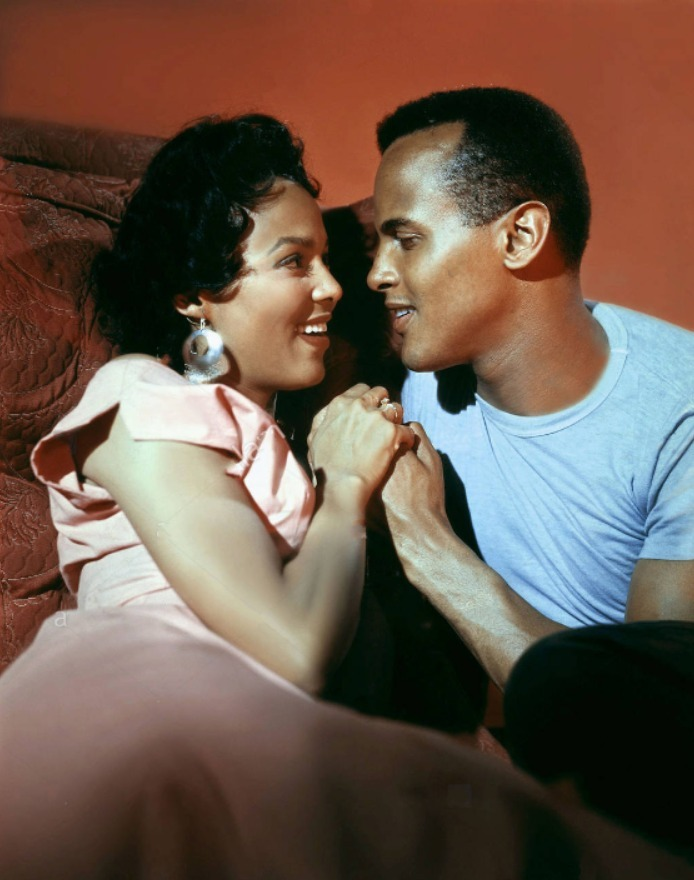 In December of 1943, during the days of World War II, the noted producer Bill Rose presented on Broadway a new “musical comedy” called “Carmen Jones” which (if we may borrow the words of the New York Times critic, Lewis Nichols) “has the Bizet music for ‘Carmen’, and all-Negro cast and a new version of the opera’s libretto by Oscar Hammerstein 2d…..”:

In making his new adaptation, Mr. Hammerstein also has kept within striking distance of the original Mellhac and Halévy adaptation of Merimee’s “Carmen”.  The original was in Spain; Mr. Hammerstein has changed that to southern United States, in a parachute factory which “use ter be a cigarette fac’ry before de war”–if the purists must have an explanation of the end of “Carmen’s” cigarette factory.  The opera’s Don Jose is now plain Joe; Micaela has become Cindy Lou; Escamillo, the toreador, is Husky Miller, a prize fighter, and Lillas Pastia is Billy Pastor, night-club king.  But the story is the same: The flower, the cards, the death of Carmen Jones at the end.  Whereas Don Jose was in disgrace from his regiment, Joe is AWOL from his.

Mr. Hammerstein has not written a parody in any sense, but simply a parallel.  Many of his lyrics are light, but there are no Broadway gags, and only one or two ultra-modern, or 1943, things have crept in.  In the original, the Toreador Song describes the excitement of a bull fight; as it now is sung under the title of “Stan’ Up an’ Fight”, it describes a battle in the ring.  Mr. Hammerstein has taken the plot of an opera, has matched it scene by scene, but has neither bowed down before it with diffidence nor use it as the basis for a literary prank.  It is quite a libretto he has turned out…

The musical adaptation, it should be added, was by Robert Russell Bennett.  “Carmen Jones” had a long and successful run on Broadway, and touring companies played to packed houses everywhere else, including Toronto.

It was another eleven years before Otto Preminger produced his opulent Cinemascope movie version–which, if it didn’t “work” as well on the screen as it did in the live theatre, is still very rewarding, and needs no further introduction…except to point out that although Dorothy Dandridge and Harry Belafonte were both professional singers, Bizet’s music would have been too difficult for them, and therefore off-screen opera-trained voices were substituted–the singing voice of Carmen being the now-celebrated opera singer, Marilyn Horne.  (Nobody, of course, could ever substitute for Pearl Bailey).