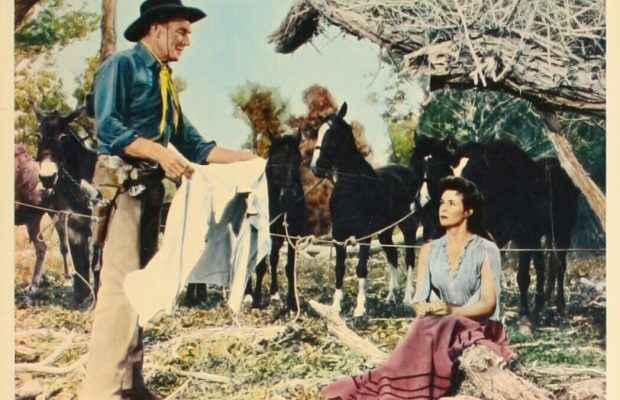 The completion of Budd Boetticher’s Arruza in 1969 concludes an incredible odyssey in the history of American film-making.  In 1960, Boetticher, a successful Hollywood director and former bullfighter, went to Mexico to film a documentary about the last stage of the career of his close friend, the great Mexican matador, Carlos Arruza.  Seven years later Boetticher returned from Mexico with the completed footage.  In between came a stroke, his divorce, a prison sentence, near starvation, a stretch in an insane asylum, a nearly fatal lung ailment, the near loss of the project to John Sturges (who had helped finance it), the death of most of his technical crew, and Arruza’s death in a freak automobile accident.

Arruza is the result of the themes and style which Boetticher developed in 25 years of film-making.  He directed his first film in 1944 at the age of 25.  By 1950 he had made 10 films, which he signed “Oscar Boetticher, Jr.,” and all of which he virtually disowns.  In 1951 he made The Bullfighter and the Lady, his first bullfighting film and first film he felt merited the personal signature of “Budd Boetticher”.  After several years at Universal where he made as many as five films in 1953, another bullfighting film, The Magnificent Matador, and an excellent study of a psychopath, The Killer is Loose, Boetticher emerged as one of the major American directors of the fifties with his series of seven Randolph Scott Westerns made between 1956 and 1960.  The Scott Westerns were followed by a  tour de force gangster film, The Rise and Fall of Legs Diamond.  And then Arruza.

A remarkable consistency exists between Arruza and the Boetticher films of the late fifties.  As in Arruza, grace and stability counterpoint vulnerability to violence and sudden death.  Boetticher’s style establishes the same delicate balance between ritual, terror and beauty.  His heroes, like Arruza, are involved in an unending quest for honor, which once undertaken cannot be abandoned.  The rituals of the corrida are a metaphor for the moral code in all of Boetticher’s films.

An outstanding example of Boetticher’s method is Comanche Station, the last of the Scott Westerns.  The opening shots of the film show, in long-shot, a lone rider moving through the empty desert.  The point of view changes frequently and gracefully, and we see a man apparently at ease in his environment.  As we move closer, however, this relationship dissolves.  The desert turns into a foreboding moonscape inhabited by hostile almost prehistoric savages.  Boetticher’s films present a seemingly fluid relation between man and his environment which, like quicksand, gives way under scrutiny.  Boetticher’s heroes are not so much passing easily through their world as they are constantly in motion, homeless, on the run, but getting nowhere.  Accordingly, at moments of dramatic stress, Boetticher’s fluid, objective editing becomes subtly fragmentary, subjective.  Boetticher’s characters, to maintain their individuality, remain constantly at odds with their world, which reveals itself treacherously.  Many of the most violent moments of Comanche Station take place in the most beautiful peaceful settings (the first Indian attack and Skip Homeier’s death by the river), while the most beautiful moments (Richard Bust’s story about his father and the final reunion between Nancy Gates and her blind husband) take place in arid, hostile or dark surroundings.

In opposition to their environment, Boetticher’s heroes assign rigid roles for themselves.  The director’s geometric sense of composition which fixes each character in a rigid scheme, reflects the moral story he tells.  A new dimension is added to the traditional opposition of the Good Guy and the Bad Guy in the Western.  In Comanche Station, the Bad Guy (Claude Akins) clearly announces his moral position and what it will compel him to do.  The Good Guy (Scott) announces in turn (a) his moral position, (b) that he knows what Akins will do, and (c) what he (Scott) will do to stop him.  Akins acknowledges that he knows Scott knows, and they proceed to act out, step by step, their assigned roles in the drama they have concocted.  This rigidity, this moral simplicity, seems necessary for survival, because those characters (like Akins’ assistant, Richard Rust) who vacillate between these clearly defined moral positions are the first to be exterminated.

The main characters are trapped in their roles.  Their moral positions cannot be changed by reasoning because the original reasons behind them, like Scott’s wife in Comanche Station, seem to have died long ago.  We are never given any reasons–social or psychological–why Scott is the Good Guy and Akins the Bad Guy; they simply are what they say they are.  Thus, when Scott traps Akins and asks him to give up, Akins replies:  “I’ve come too far to turn back now,” and the deadlock can only be resolved by violence.  It’s like watching a predetermined morality play whose initial impetus is buried in some lost past.  Comanche Station ends with the same shots with which it began, and we feel that the story will be played over and over.  Boetticher’s heroes may cover a lot of ground, but they end up, in terms of both miles and morals, exactly where they started.