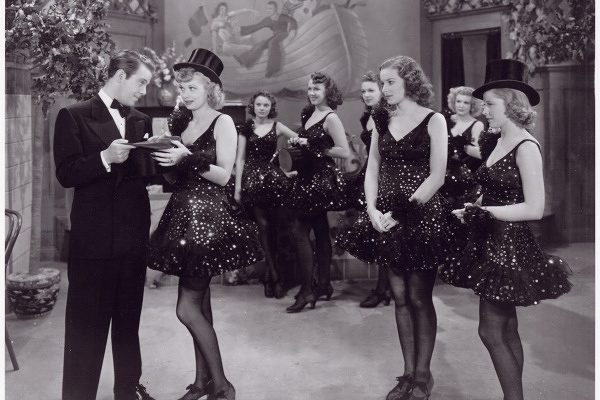 The renewed interest in this film stems from its clearly feminist perspective on the world of show business.  At one point in the proceedings an exasperated showgirl (Maureen O’Hara) departs from her performance and eloquently chides her primarily male audience for what we would now call their male chauvinist behaviour.  This was, obviously, an unusual occurrence in a Hollywood musical of the period, and both the critics and audiences of 1940 treated this generally humourless film with a good deal of skepticism.  It lost a bundle for its studio.

The sources of the Feminism of the film are not surprising.  Adapted by a woman from a story by a woman, the script was directed by Hollywood’s only woman director of the period, Dorothy Arzner.  Arzner (1900-1979) had been a teenaged waitress in her father’s Hollywood cafe and a WWI ambulance driver before entering the film business as a stenographer at Famous Players.  She so successfully edited the full-fight scenes in Valentino’s Blood and Sand (1922) that she was entrusted with the editing of The Covered Wagon (1923).  From 1927 until 1943 she directed such films as Christopher Strong with Katharine Hepburn and Craig’s Wife with Rosalind Russell.  Clearly, Arzner’s specialty was films with important roles for women.  During WWII Arzner produced WAC training films, and later enjoyed a lecturing career at the University of Southern California.  What is astonishing about her contribution to Dance, Girl, Dance, however, is the fact that the whole project was not her original conception.  In fact, she took over the direction only after Roy Del Ruth abandoned what he considered an impossible script.

Part of the difficulty with the film comes from the preposterous pivotal role of Judy the Stooge played by O’Hara.  One can only assume that this heroine is pathologically masochistic or terminally stupid.  (Feminists say that she is unavoidably victimized.)  Moreover, the beauteous O’Hara was never built to be a credible ballet dancer.  This was, after The Hunchback of Notre Dame, this Irish actress’s second American film.  She would fare much better after John Ford discovered how to use her talents in How Green Was My Valley (1941).  She then became Ford’s most regularly employed female star, when not working in costume epics (Sinbad the Sailor) or small family comedies (Miracle on 34th Street, Sitting Pretty).

Another problem with the film is that the audience is asked to believe that both O’Hara and Lucille Ball are crazy about the weakling character played by Louis Hayward.  Hayward was at the peak of an uneven film career which would soon be put on hold during his valorous Bronze Star stint in the war.  Like Hayward, co-star Ralph Belamy had originally made his name as a stage actor.  For once, here he plays someone other than a bland loser. 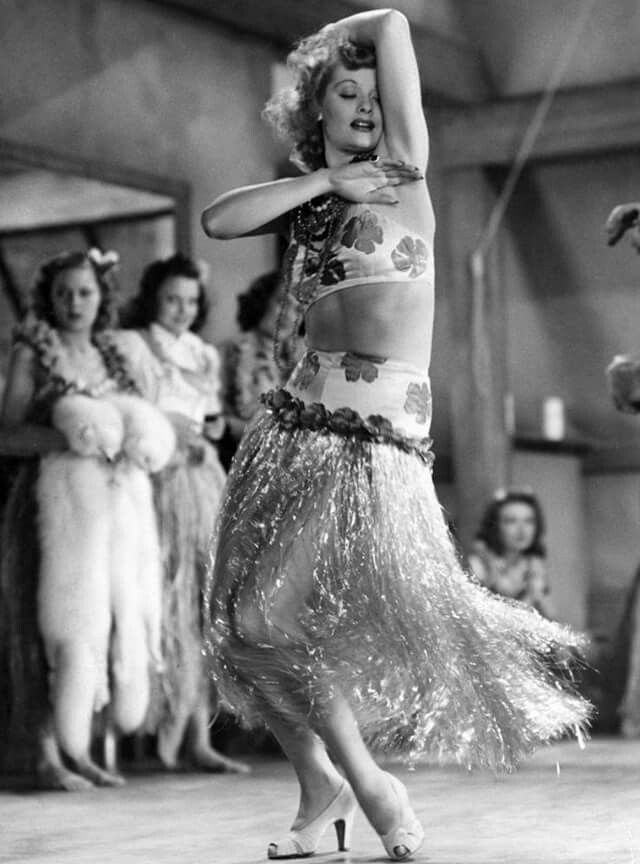 There is no doubt that the most interesting performance in the film is that of Lucille Ball as the hula-dancing gold-digging Bubbles.  In his recent biography of Ball, the scandal-mongering Charles Higham claims that Ball was frightened of impending advances from the mannish Arzner.  One can only conjecture that her nervousness added to the vitality of her energetic performance.

The whole enterprise was produced by Erich Pommer, the former head of the German Ufa Studio, and personally responsible for the production of such Expressionist classics as The Cabinet of Dr. Caligari and The Last Laugh!