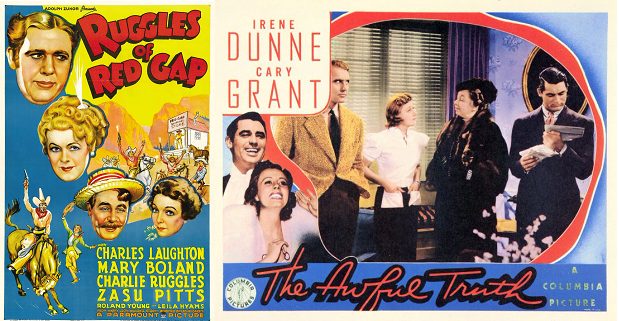 Toronto Film Society presented The Awful Truth (1937) on Sunday, January 10, 1982 in a double bill with Ruggles of Red Gap (1935) as part of the Season 34 Sunday Afternoon Film Buffs Series, Programme 6. 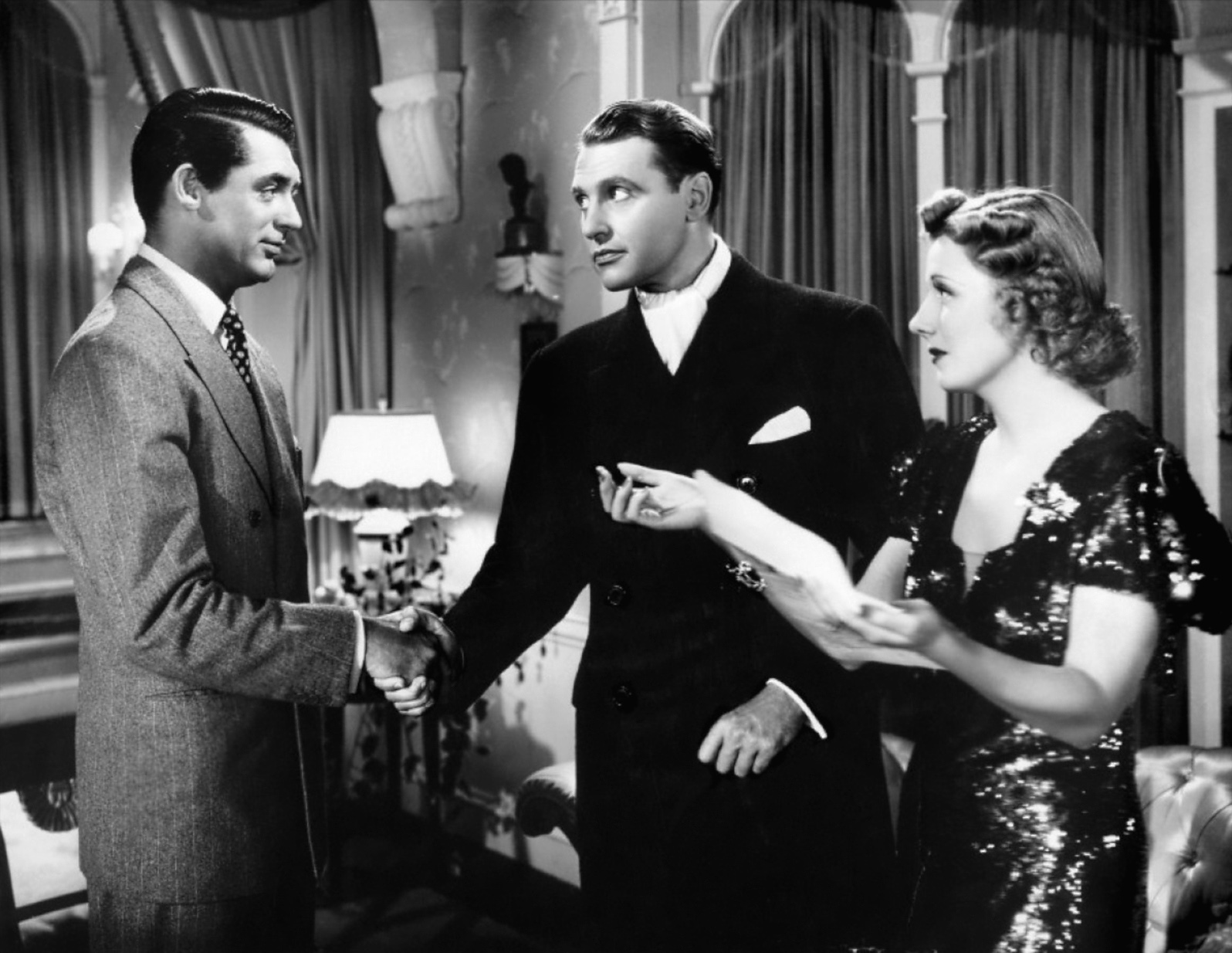 One’s approach to a Leo McCarey double-bill during the month of January can vary in direct accordance with how well one has survived the annual Christmas TV screenings of the same director’s Going My Way (1944) and The Bells of St. Mary’s (1945).  For these now classic Bing Crosby films, replete with hearty good humour and no-holds-barred sentimentality, epitomize in many people’s minds the Leo McCarey style.

But to limit oneself to the McCarey of the 1940’s is to ignore the sometimes startling facts that this is the director who, in the 1920’s, apprenticed under that master of horror, Tod Browning, made his name working on Charlie Chase shorts, and has been credited with discovering and developing Laurel and Hardy.  In the 1930’s he directed such comic giants as Eddie Cantor (The Kid From Spain), the Marx Brothers (Duck Soup), W.C. Fields and Burns and Allen (Six of a Kind), and Mae West (Belle of the Nineties), before directing Charles Laughton in Ruggles of Red Gap in 1935.

McCarey’s is actually the third version of Ruggles.  Of the two silent versions, the second one directed in 1923 by James Cruze is remembered for first bringing Edward Everett Horton to major screen prominence in the coveted role of Marmaduke Ruggles, the British butler who must adjust to life in Red Gap, Washington, after a nouveau riche American wins him a poker game.  Twelve years after Horton, Charles Laughton underlined his already acknowledged versatility by playing Ruggles in the same year as Captain Bligh in Mutiny on the Bounty, and thereby winning the New York Cirtics’ Award for both performances.  Acting manuals draw students’ attention in particular to Laughton’s hilarious drunk scene from Ruggles and to his awesome recitation of the Gettysburg Address.  Because of the latter speech incidentally, Nazi Germany banned the release of any German–dubbed version of Ruggles of Red Gap.

Stories about servants and their masters have been the subject of comedies since the days of Plautus and Terence, geared, of course, to audiences who delight in the rise of the servants at their masters’ expense.  Farces of the Middle Ages Shakespeare and Beaumarchaise have all fruitfully exploited the material both for laughs and for social commentary.  McCarey’s Ruggles is no exception and audiences may wish to savour the film’s satire of small town north American prejudices and aristocratic Old World ideologies as much as the kick-in-the-pants slapstick that McCarey continued to enjoy using in the 1930’s.  By and large though, McCarey’s leisurely pacing and eye for detail succeed in raising the film’s status above that of simple farce to that of comedy of manners, while Laughton’s studied performance adds the class of a comedy of character.  McCarey, who had been unhappy with the Marx Brothers, seems to have found his niche with Ruggles of Red Gap. 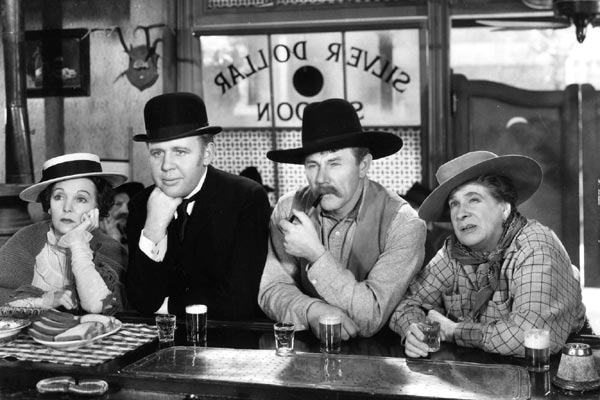 While Ruggles can link itself prestigiously with the traditions of the comic theatre, The Awful Truth is one of the archetypal examples of that most specifically cinematic of comic genres, the screwball comedy.  In a typical triangle, Cary Grant and Irene Dunne discover “the awful truth” that it’s not a divorce they’re after but reconciliation, and that other love objects (like Ralph Bellamy) can be nothing more than red herrings who serve merely to point up the greater desirability of their often eccentric and exasperating partner.  Like Ruggles, The Awful Truth is the third filmed version of a Broadway play (filmed in 1925 with Agnes Ayres and in 1929 with Ina Claire).  But unlike Ruggles, most of the original play has disappeared in the daily on-the-set improvisational writing of McCarey and his credited scriptwriter Vina Delmar, who had written the script for McCarey’s immediately prior film, Make Way for Tomorrow.  For his direction of The Awful Truth, McCarey won his first Oscar.

Neither Cary Grant nor Irene Dunne wanted to make the film, but their careers took flight as a result of it.  It is generally agreed that here Grant found the core of his definitive comic persona, and Dunne developed a light comic talent that would serve her well until middle-age and M-G-M would ground her with such heavy-handed items as The White Cliffs of Dover or A Guy Named Joe in the 1940’s.  Grant and Dunne would pair up again with McCarey three years later to make another now classic screwball comedy, My Favorite Wife.  As for Ralph Bellamy, who plays an oedipal Oklahoman in The Awful Truth, he would again meet Grant as his rival–this time for Rosalind Russell’s hand–in Hawks’ His Girl Friday.  Movie buffs find double meaning in Grant’s line on being introduced to Bellamy by Russell “Haven’t I seen you somewhere before?”  (Grant’s banter in front of Dunne and Bellamy in Truth about their prospective joys in Oklahoma promises similarly ironic dialogue in front of Russell and Bellamy in Friday).  Even Asta, of The Thin Man fame, who did for the 1930’s what Rin Tin Tin did for the twenties and Lassie for the forties, meets Grant again in the screwball world–in 1938’s Bringing Up Baby, with Katharine Hepburn.

In a screwball comedy, fast pacing, witty dialogue and physical discomfiture are de rigueur.  The Awful Truth does not disappoint, McCarey ranked it as a favorite among his own films along with Ruggles, Make Way for Tomorrow, Love Affair (1939) and its re-make An Affair to Remember (1957) and the Crosby films.  When asked to identify his favorite director, McCarey unhesitantingly acknowledged the influence of Frank Capra, whose career his own parallels in many ways. 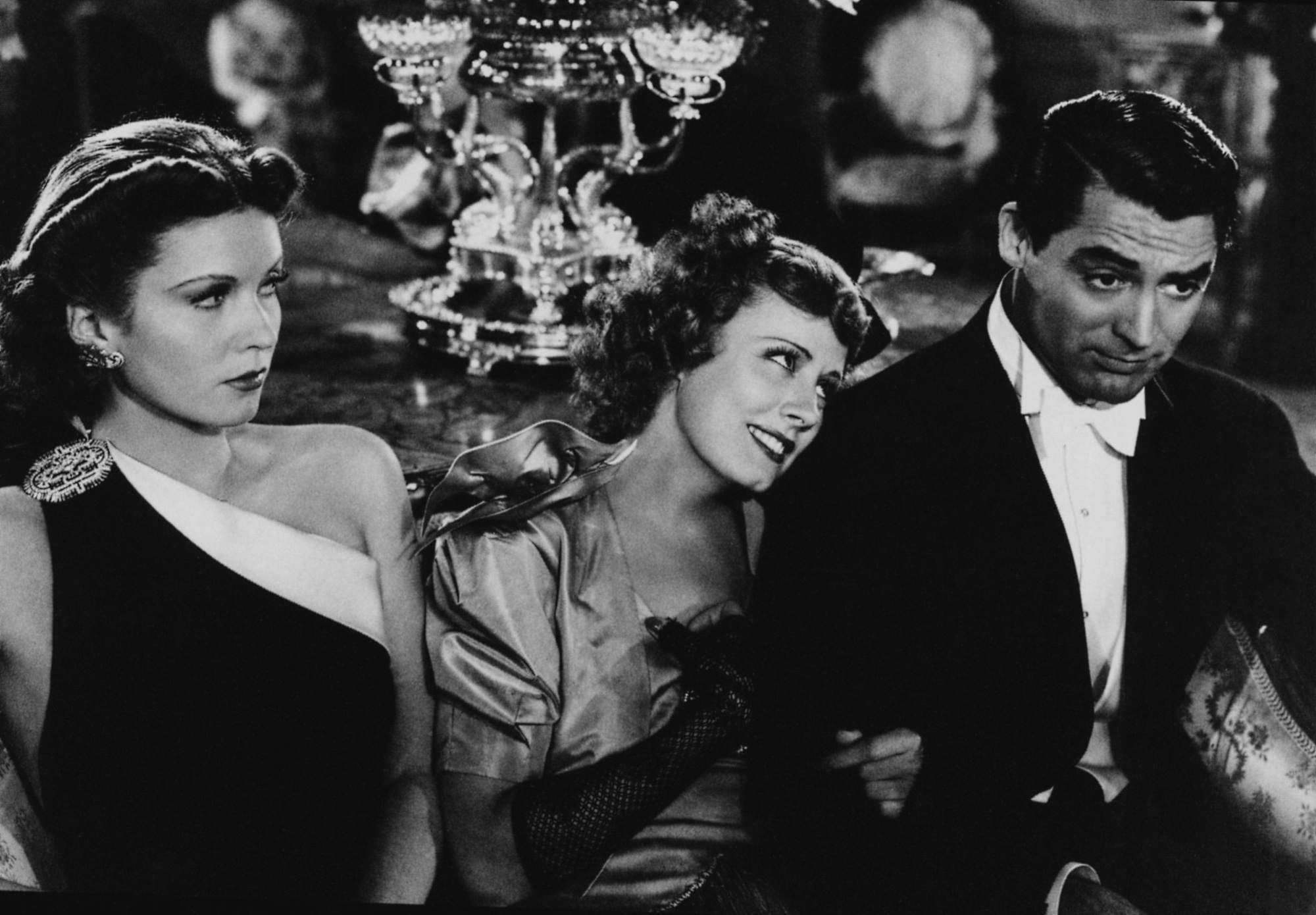 Both Capra and McCarey have been blessed or cursed with re-makes of their films by other directors.  Ruggles of Red Gap was re-tailored as Fancy Pants for the talents of Bob Hope in 1950.  The Awful Truth resurfaced as the musical Let’s Do It Again with Jane Wyman and Ray Milland in 1953.  Hope, Wyman, and Milland proved they were less stylish than Laughton, Dunne, or Grant; but more importantly, their respective directors, George Marshall and Alexander Hall, failed to measure up to McCarey.  It may very well be true that, as Jean Renoir claimed, no other director could match the sensitive understanding of people possessed and conveyed by Leo McCarey.

THERE will be a meeting of the TFS Discussion Group for
informal consideration of today’s programme (and films
in general) at 2 p.m., Sunday January 17, at the TFS
Rooms, Suite 212B, 1430 Yonge Street (El Patio del Oro)
Smoking is permitted.
–Clive Denton, Chairman.