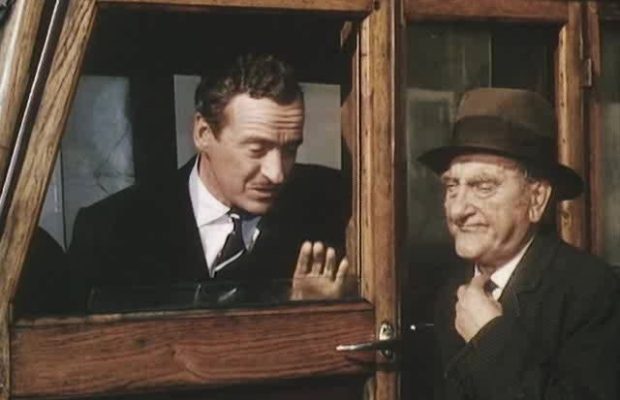 Toronto Film Society presented Happy Ever After [Tonight’s the Night] (1954) on Sunday, March 17, 2019 in a double bill with Doctor in the House as part of the Season 71 Sunday Afternoon Film Buffs Series, Programme 6.

Although born in Italy, Mario Zampi settled in Britain during the 1930s.  After starting as a cutter, editor and production manager with Warners, he produced a number of American-distributed films through the studio Two Cities during the war, including the 1941 anti-Nazi film Freedom Radio, directed by Anthony Asquith and starring Clive Brook.  Zampi followed these with some indifferent post-war thrillers and then established his own production company, Anglofilm, which was backed by Lord Strabolgi, Charles Forte, and others.  He also brought the tradition of the family firm to British production.  His son Giulio acted first as his editor and later as his associate producer.  Two other Zampi regulars were his art director Ivan King and band-leader Stanley Black who habitually scored his films.  If he kept faith with them, Zampi argued, they would reward him with his best work.  But Anglofilm’s first two productions, Come Dance with Me and Shadow of the Past, both made in 1950, were low budget second features distributed by Columbia, and were compromised by their scripts.

In a May 1949 Screenland magazine article, The Loveable Bachelor, Irish actor Barry Fitzgerald talked about his thoughts on Hollywood versus Ireland.

Two years ago Barry took a trip back to Ireland after a decade’s absence. He looked forward to a quiet vacation with his sister in Dublin, with absolute privacy. But if he thought Hollywood was a goldfish bowl, he found Ireland even worse. He was hero-worshiped and fussed over everywhere he went, treatment which sincerely embarrasses him. The only place he found real privacy was on a friend’s yacht! He wanted to rest, but he was bothered by repeated picture and play contracts. And he couldn’t get a good cup of coffee.

“Of course the tea was wonderful. We don’t make good tea in the United States, but neither do they make decent coffee in Europe, ” says he.

Barry Fitzgerald was glad to get back to Hollywood, where he can blame his bad tea on his own brewing–and where his neighbors are nice friendly people who take him for granted and don’t treat him like a movie star! 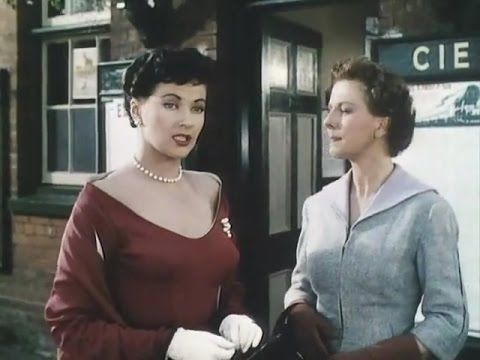 The storyline of Happy Ever After starts when General O’Leary is fatally injured while trying to jump a wall with his horse. On his deathbed, the beloved old Irishman bequeaths £1,000 each to his cousin and fellow landowner Major McGlusky and Dr. Michael Flynn, and cancels all debts owed to him. The rest of the estate goes to a distant relative, Jasper O’Leary, who has never before set foot in the hamlet of Rathbarney. Jasper, however, quickly wears out his warm welcome, proving to be an unscrupulous cad who had been saved from marrying a rich but unattractive woman in Capri by his unexpected windfall. He is attracted to Serena McGlusky, a beautiful young widow who has just returned to Rathbarney following the death of her husband. Jasper confides his plan to Serena: “Once I squeeze the lemon dry, I’m off.” Jasper is so unpopular that some of the disgruntled locals gather in Dooley’s pub and decide to participate in a secret lottery to see who will be assigned the task of murdering him. Dooley’s assistant, Terence, faints when he is chosen. Lacking confidence in his ability, several groups (without each other’s knowledge) decide to do the job themselves. However, none of them succeed.

Meanwhile, Dr. Flynn is still infatuated with Serena, despite having been jilted by her in the past. He is too blind to see that her sister, Kathy, is in love with him. Serena’s interest in Jasper (and vice versa) eventually cures him. When Serena repeatedly turns down Jasper’s repeated proposals of a dalliance, he asks her to marry him.  She agrees.  Finally, on the night when supposedly the ghost of one of Jasper’s ancestors walks the halls, all of the various plotters make another try, but once again interfere with each other. Jasper also takes the opportunity to try to burn down the ancestral mansion for the insurance. None succeed. Then Father Cormac shows up and makes an announcement: General O’Leary had instructed him to open a letter on that day. The letter contains a new will, which was to go into effect if Jasper proved to be unworthy, leaving the estate to Major McGlusky. Jasper offers to depart if the others will hold off on their murderous attempts. To his surprise and delight, Serena asks to go with him.

As a side note, the star of Happy Ever After was David Niven, who was a well-known and popular actor of many films. In 1959, while co-hosting the Academy Awards ceremony, Nivens won his only Oscar—Best Actor in a Leading Role—for his role as Major Angus Pollock in the 1958 film Separate Tables. Nivens had appeared on screen in that film for only 23 minutes. Niven’s performance remained the briefest ever to have won a Best Actor Oscar until Anthony Hopkins won for his appearance of a little over 16 minutes as Dr. Hannibal Lecter in the 1991 film The Silence of the Lambs. With an Academy Award to his credit, Niven’s career continued to thrive. He co-hosted the 30th, 31st, and 46th Academy Awards ceremonies. In 1959, he became the host of his own TV drama series, “The David Niven Show”, which ran for 13 episodes that summer. He played the lead in some comedic films: Ask Any Girl (1959) with Shirley MacLaine; Happy Anniversary (1959) with Mitzi Gaynor; and Please, Don’t Eat the Daisies (1960) with Doris Day—all big hits. Late in his career, Mr. Niven also gained success as an author. His best-selling volume of memoirs, “The Moon’s a Balloon”, and his 1975 non-fiction work, “Bring on the Empty Horses”, were critically praised. David Niven died on July 29, 1983, in Château-d’Œx, Switzerland. He was 73.