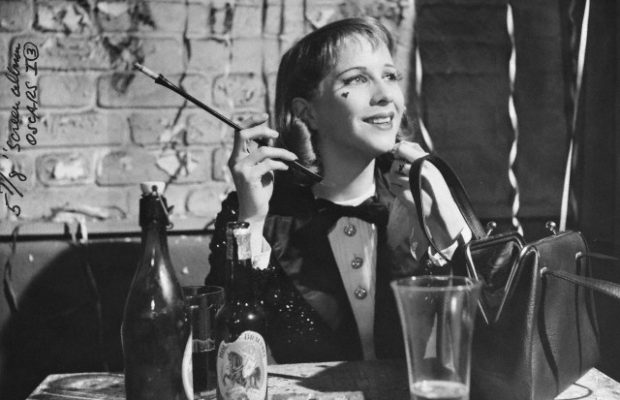 Toronto Film Society presented I Am a Camera (1935) on Monday, December 4, 2017 in a double bill with If You Could Only Cook as part of the Season 70 Monday Evening Film Buff Series, Programme 3.

I Am a Camera is based on the John Van Druten play which itself was based on the novel “Berlin Stories” by Christopher Isherwood.  The most famous version of this story is, as everyone here knows and has most probably seen, the 1972 film Cabaret.  Tonight, we have the opportunity to see the original non-musical version of that story.

Although director Henry Cornelius wanted to shoot the film I Am a Camera in Berlin, currency problems denied Romulus, the production company, this opportunity.  This proved a major limitation as the sterility of the film is partly due to the endless studio interiors for a story demanding a sense of history and a strong atmosphere.  The film’s second major obstacle was the subject matter of the play, particularly Isherwood’s homosexuality, Sally Bowles’s casual, non-moralistic attitude towards sex, and her abortion in the third act.  This immediately created problems, especially, and of course, in the United States.

When a copy of Van Druten’s play was submitted to Joseph Breen in May 1953, Breen easily pointed to code violations.  I Am a Camera was released in the United Kingdom with an X certificate and without the Production Code Seal first in Los Angeles, and later in Cleveland, Cincinnati, New York, Chicago and Detroit.  As well, the film was condemned in August of its release year by the Catholic lobby group, the National Legion of Decency.  This was the fourth British film condemned by the league; the others were the 1933 The Girl from Maxim’s and The Private Life of Henry VIII as well as the 1936 Living Dangerously.

Bowles’s characterization in the film was a problem for Breen’s successor, Geoffrey Shurlock, and he objected that her character lacked the “proper compensating moral values.”  The issue of abortion was also a major obstacle, as even after changes to the code in December 1956, it remained explicit in this regard: “The subject of abortion shall be discouraged, shall never be more than suggested, and when referred to shall be condemned.”  Consequently, Shurlock reiterated in December 1956 that I Am a Camera would not receive code approval as abortion in the film was treated lightly, opposite in manner to the stated rule.  Because of this ruling, this severely limited the distribution of the film within the United States everywhere, weakening its financial potential.

It is a pity that the film was not entirely worthy of the controversy surrounding its release, although the play’s subject matter, at that time, would have always created a challenge to the filmmakers.  The film also suffers from its own self-imposed weaknesses, particularly the decision to downplay the historical context, the rise of Nazism, and the growth of anti-Semitism.  The latter aspect is treated with little sensibility and in a heavy-handed manner through the romance between Isherwood’s friend and a wealthy Jewish woman.  Considering the volatility of the time period enacted, the film lacks the requisite sense of excitement and terror and replaces it with a less exciting treatment of the platonic relationship between Bowles and Isherwood, unlike in its remake, Cabaret.

So, although the reviews of the film aren’t strongly positive, I along with you are still looking forward to seeing this film—and there’s a likely possibility, we’ll enjoy it more then its critics. 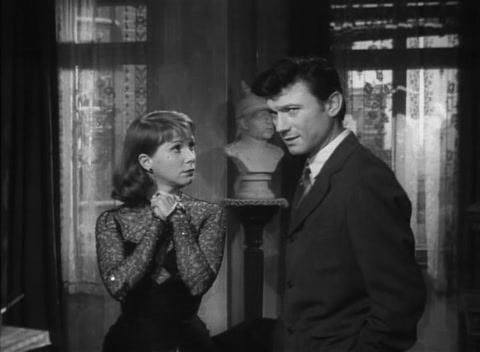 This album of candid observations is endowed with some quality, at least, by the fact that Julie Harris, who scored in the play, is repeating in the role. With much the same glibness and abandon she exercised on the stage, she is making a brassy, brittle sensualist out of the light-headed playgirl Sally Bowles. She is splaying and spewing forth this baggage with vaunting gestures and vocal cascades. If you are interested in looking at a show-off, Miss Harris is something to see. – Variety