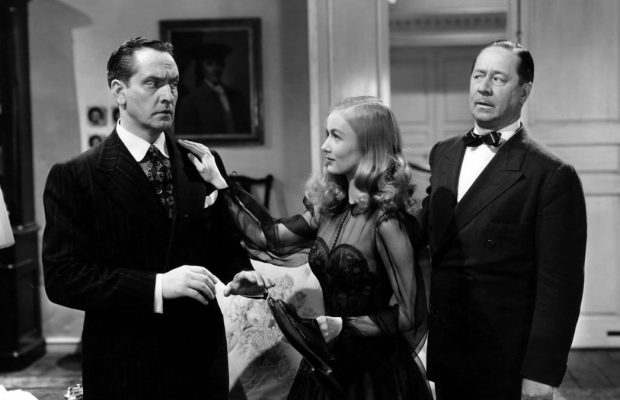 Toronto Film Society presented I Married a Witch (1942) on Monday, March 21, 1983 in a double bill with Little Women as part of the Season 35 Monday Evening Film Buffs Series “B”, Programme 8. 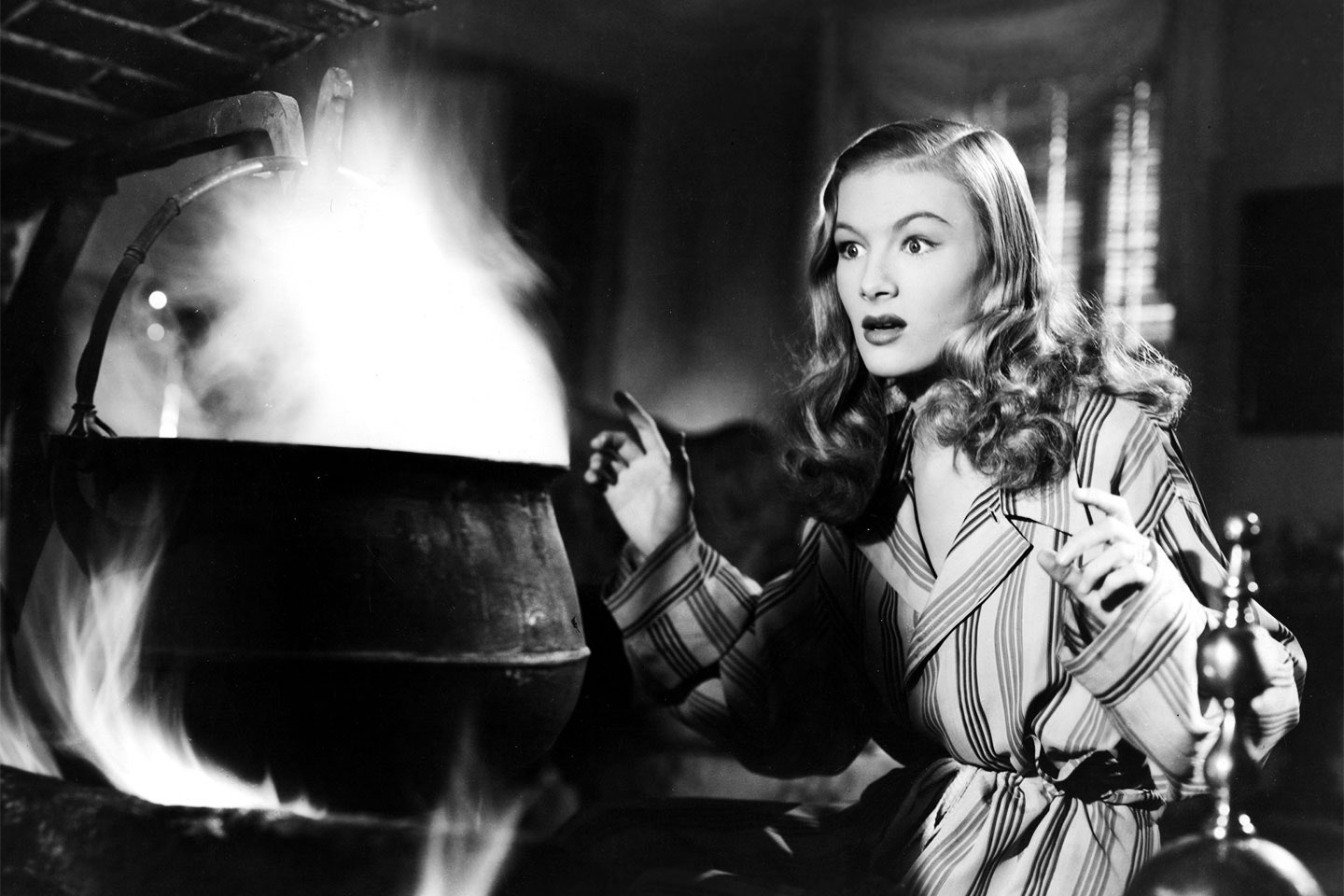 One of the most interesting aspects of this film is that it was produced and directed by Rene Clair, a member of Hollywood’s French colony.  This group, which during the 1940s also included Jean Renoir, was largely composed of directors formerly active in the French cinema who had moved to the U.S. after the fall of France.  Hollywood welcomed them, much as it had welcomed other expatriates such as Fritz Lang and Fred Zinnemann a few years earlier, and gave them the opportunity to work.

One can certainly sympathize with the difficulties faced by Clair and his fellow countrymen, working in a strange language, and coping with production methods, stories, acting techniques, and other circumstances far different from what they were used to.  However, these French directors brought a refreshing Continental touch to their films, though Clair found himself hampered by the idiotic restrictions of the Hays office.  Nevertheless, he managed to suggest a coy sexuality in I Married a Witch, thanks largely to Veronica Lake’s tart and teasing manner and seductive appearance.  And, he also showed March and Lake about to retire for the night in a double bed; for years Hollywood’s insistence on even married couples occupying twin beds had been a joke.

I Married a Witch is what might be termed a “fantasy-comedy” film.  This type of production was never that common, and has become virtually extinct in recent decades.  Similar films of the 1930s and ’40s included the popular “Topper” series, also based on stories by Thorne Smith, about a husband an wife ghost team, and 1935’s The Ghost Goes West, directed by Clair in England.

The charm of the film comes largely from Miss Lake’s saucy performance, and numerous witch-oriented jokes–puffs of smoke, lightning flashes, flying taxicabs, etc.  It tells the story of a 17th-century witch (Lake) and her father (Kellaway), condemned to death at the stake in Salem, Massachusetts, but not before placing a curse on the man who condemned them; that neither he nor any of his male descendants will ever find happiness in marriage.  Some dozen generations of unhappy marriages later the witch-burner’s descendant (March) is candidate for governor, and about to marry the daughter (Hayward) of the influential publisher who is backing him.  Lightning strikes the tree where the spirits of the two witches have been imprisoned since the 1600s, and they materialize in human form.  They set out to wreak vengeance on March, which Miss Lake proceeds to do with all the powers of witchcraft at her command, with spectacular results.  But then, when Hayward walks out on March, he falls in love with the witch, and the fun really begins.

Susan Hayward had a major supporting role, albeit an unsympathetic one, as March’s fiancee.  Miss Hayward, later nicknamed “the Brooklyn Bernhardt,” had been slowly climbing the ladder since coming to Hollywood in 1938 to test for the part of Scarlett O’Hara.  As talented and determined as she was beautiful, Miss Hayward went on to become one of the greatest stars of all.

British actor Cecil Kellaway, who played Lake’s father, went on to be murdered by John Garfield in 1946’s The Postman Always Rings Twice.  Robert Benchley was the grandfather of Peter Benchley, the author of Jaws.

Interestingly, the fantasy film made a reappearance earlier this year in the form of Kiss Me Goodbye, with James Caan portraying the ghost of Sally Field’s husband.