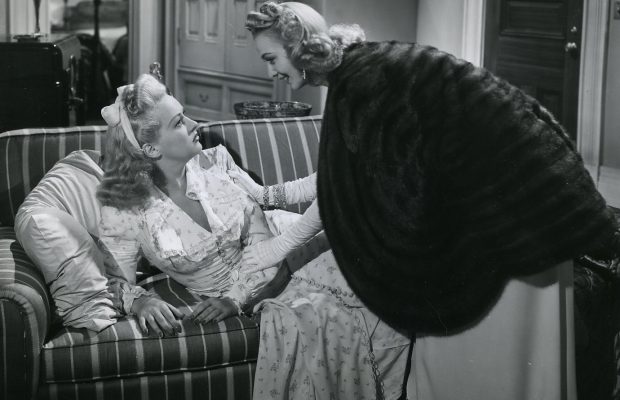 Toronto Film Society presented I Wake Up Screaming (1941) on Monday, January 13, 2020 in a double bill with Parachute Jumper as part of the Season 72 Monday Evening Film Buffs Series, Programme 4.

I Wake Up Screaming may be a film noir, but it doesn’t always feel like one. Debuting before the genre fully bloomed, it possesses the cynicism, lurid themes, and ink-black lighting of noirs to come—with a plot, characters, and even cast that at times seem more at home in a 1930s comedy. The source material, a novel by Steve Fisher, was published in 1941. By that time, Darryl F. Zanuck had run production at 20th Century Fox for six years, his B-unit producing a steady stream of crime themed films. Zanuck had at his disposal two appealing young stars: Victor Mature and the glittering Betty Grable, whose star turn in Down Argentina Way (1940) had made her a box office draw in lighter fare. H. Bruce Humberstone, a veteran director of adventure pictures and comedies, took the helm. I Wake Up Screaming would be a departure for all three.

In grim and greasy tones, the film tells the story of Frankie Christopher (Mature), a mid-level promoter who attaches himself to rising star Vicky Lynn (Carole Landis), only to be implicated in her murder. Vicky’s sister, Jill (Grable), becomes involved with Frankie, and the two of them begin pursuing leads of their own. The police, led in this case by detective Ed Cornell (Laird Cregar), seem determined to send Frankie to the chair. Detective Cornell is a towering slab of a man: focused to the point of obsession, an intimidating presence for both suspects and witnesses. He is motivated by some kind of driving malevolence, such that Frankie’s innocence or guilt matters less to him than his perfect record of convictions. Cornell’s freedom to operate seems almost unlimited, which makes him even more frightening—he freely enters suspects’ homes, at one point seating himself next to Frankie’s bed while he sleeps. Faced with such an adversary, Mature’s fast-talking huckster becomes a hero. And Jill, in her efforts to help clear his name, finally emerges from her late sister’s shadow. 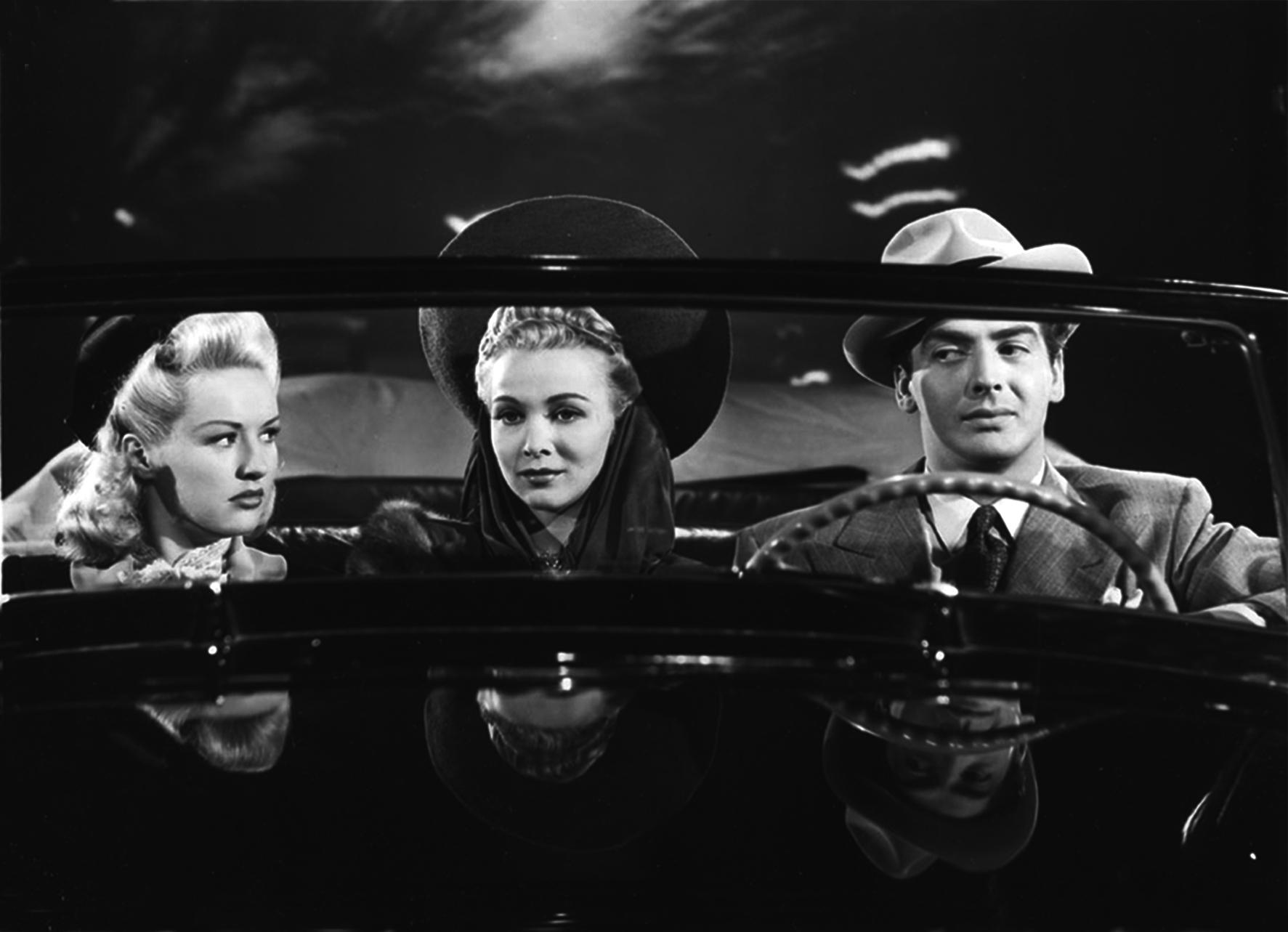 I Wake Up Screaming, write Geoff Mayer and Brian McDonnell, provides “a link between the screwball comedies of the late-1930s, the Thin Man series of light-hearted mystery movies, and film noir proper.” These roots can be seen in the sometimes comic interplay between Mature and Grable, as well as their characters’ turns as amateur sleuths—not to mention the film’s rather tidy conclusion. But this is a movie with a cynical core, and that makes it noir above all else. Frankie, the hero, would be a second-string sleezeball in most earlier films—the one who’d be made an example of by somebody else. Cornell is the monster; not because he’s sick, but because he carries behind him the full weight of the law. I Wake Up Screaming is ultimately a battle of wills where neither combatant is admirable, merely dishonourable by matters of degree. They aren’t battling for a better world, or even justice, but for their own survival.