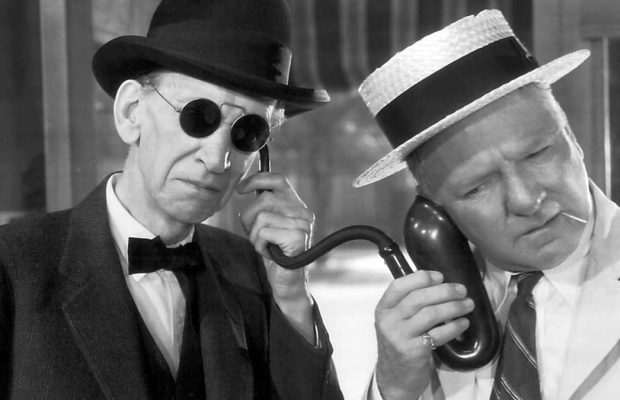 An Evening with W.C. Fields

A trapper in the north tells how his son in the big city fell victim to its temptations.  (Placed 21st – tie – in the international critics’ poll.)

Mr. Fields in a reworking of his old vaudeville routine as a pharmacist with domestic problems.

A smalltime barber with an ear for music captures a bandit. 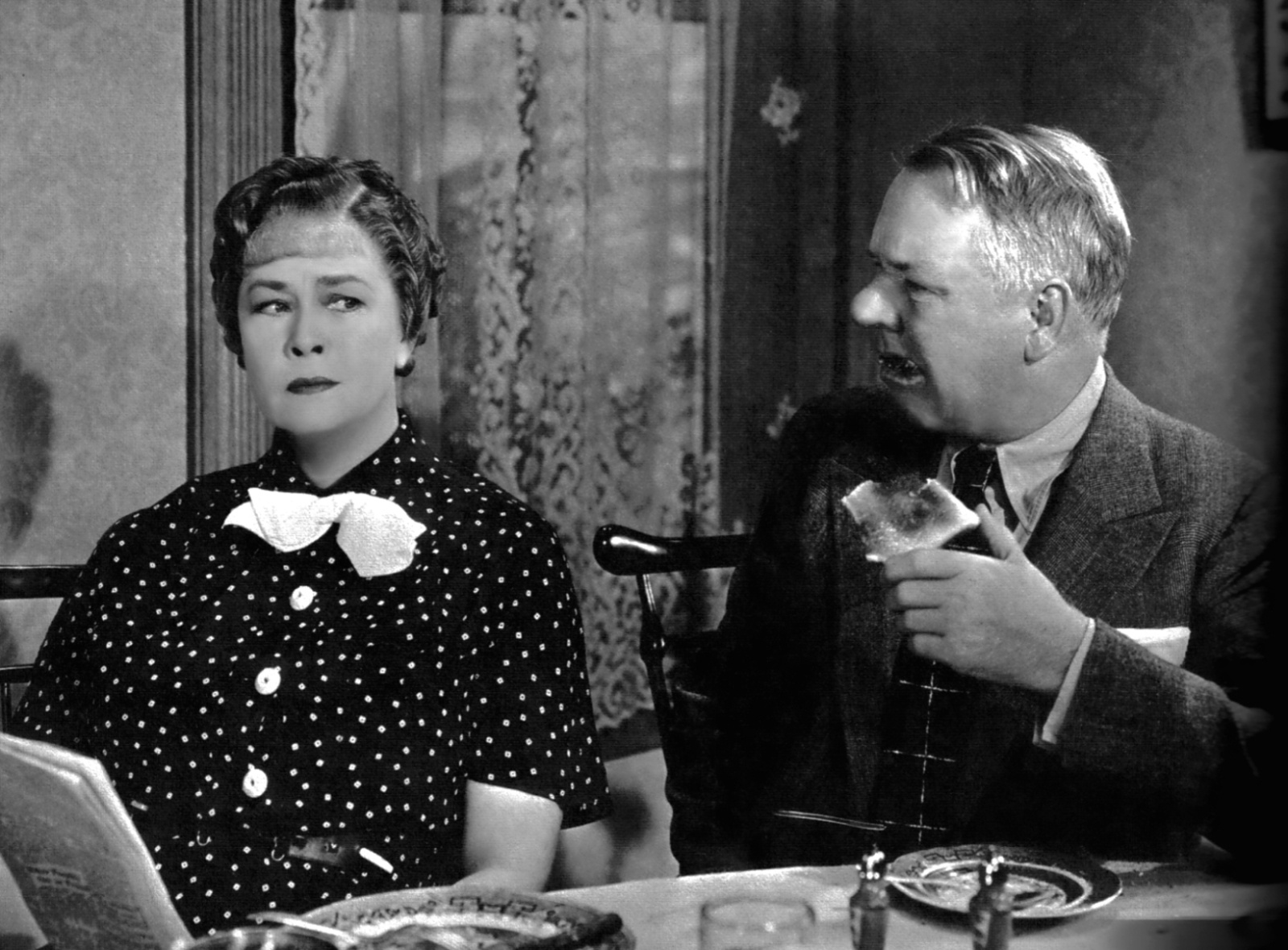 Toronto Film Society, with its characteristic magnanimity, has seen fit to forgive the international film critics for their unpardonable omission of Mr. Fields’ films from a listing on a par with other leading comedians, and has supplemented with otherwise meagre fare with one evening devoted to THE GREAT MAN.

What was the reason for the neglect of his films by the critics?  Certainly lesser comics have been included.  I believe it is that no one of his films stands out as his best.  There is little agreement even among his devoted followers as to which one of his films is the best…With Chaplin and Keaton, who made so few feature films, the problem is not so great, but Mr. Fields made over thirty features, and it seems that the so-called experts were not equal to the task of making a choice of one of the thirty.

We are fortunate tonight in having one of my favourites, It’s a Gift–one that has stood the test of time, remaining as funny today s when it was made.  Why?  Because Mr. Fields was a true film comedian, one who had mastered the use of the medium.  To begin with, his roots were in juggling, a purely visual art.  He passed on to vaudeville and then Broadway revue, then started in silent films under the direction of D.W. Griffith.  When, in the early ‘thirties, he returned to films, he was able to make the most of all the techniques that he had acquired.  His films have a basic visual quality, punctuated by adroit use of sound and, above all, pace.

There is, in addition, a considerable amount of unrecognized social comment.  Tonight’s feature attacks those inconsiderate people who litter picnic grounds, who treat a storekeeper’s stock carelessly, or who wake up their neighbours early in the morning.  These failings Mr. Fields had noticed or suffered from himself in his life…No comedian achieves real stature unless he builds on this as well as his comic tricks.

Mr. Fields deserves a place along with the other greats.  Tonight you will see why.