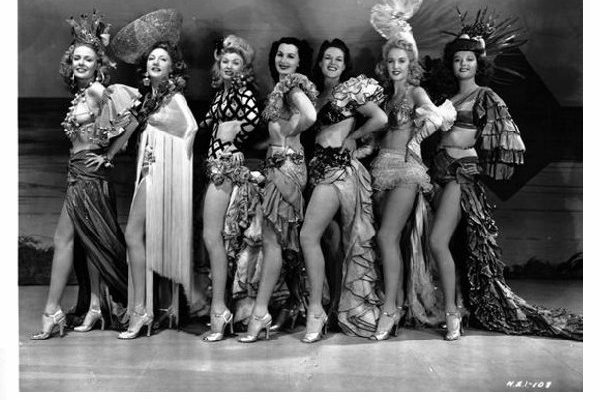 Toronto Film Society presented Lady of Burlesque (1943) on Sunday, November 27, 1983 in a double bill with Dinner at Eight as part of the Season 36 Sunday Afternoon Film Buffs Series “A”, Programme 3. 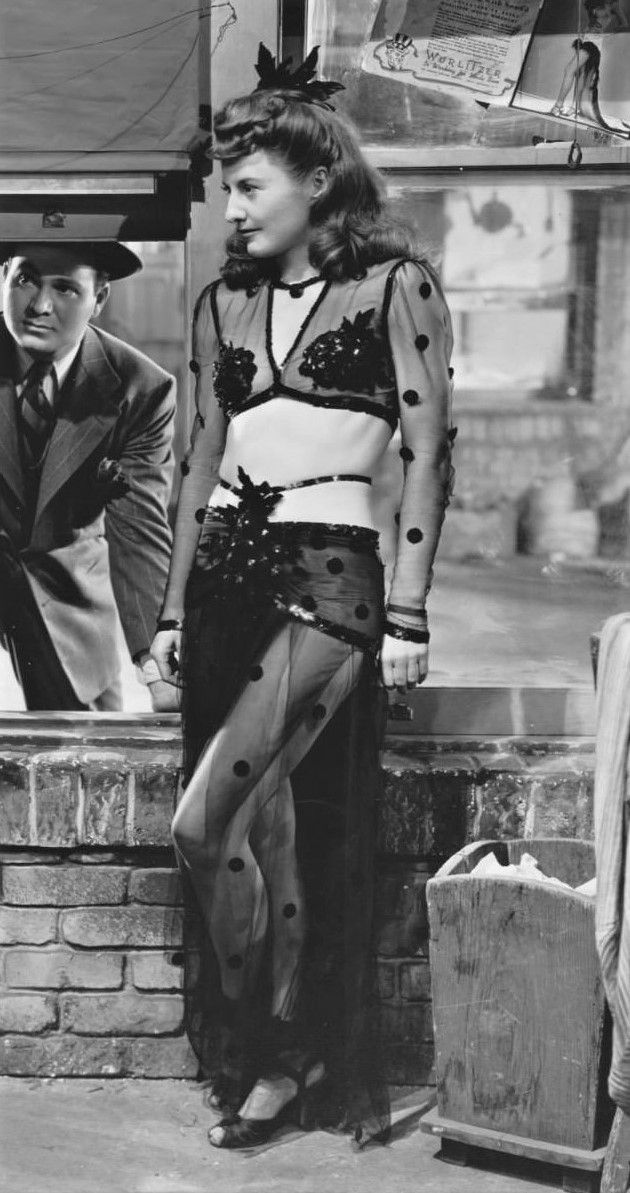 “Wild Bill” Wellman–referred to by his actors as everything from “a sadistic director when it came to realism in action scenes”to “a ballsy guy and damn fun to work with”–made some delightfully crazy pictures with Stanwyck.  He was not timid with a gag and–while Stanwyck did some moving work for him in So Big (1932) and The Great Man’s Lady (1942)–their other three films together can best be described as “no holds barred.”  Ella Smith forms her book “Starring Miss Barbara Stanwyck.”

Wellman was not a woman’s director (unlike the gentleman who directed our second feature) and some of the best performances in his films are invariably of the “tough” variety, from James Cagney in The Public Enemy and Brian Donlevy in Beau Geste to the ensemble work in the The Ox-Box Incident, The Story of G.I. Joe and Battleground.  Apparently, his irritation with actresses was renowned, the notable exceptions being Barbara Stanwyck and Carole Lombard.  Lady of Burlesque was the fifth and last collaboration of Wellman and Stanwyck.

The film is an entertaining story, told in snappy style, of a killer who is terrorizing everyone working in an old burlesque theatre, thereby setting Miss Stanwyck’s mind working to solve the mystery.  The environment is appropriately seedy and the look and feel of the picture benefits from the wisecracking performances of all concerned, including perennial “tough girls” Iris Adrian, Gloria Dickson and Marion Martin, not to mention the Queen of the show, Miss Stanwyck.  Proving that she hadn’t forgotten her early chorus-training on Broadway, Stanwyck delivers an up-beat rendition of the Cahn and Akst song “Take It Off the E-String and Play It On the G-String.”  (She also played a stripper in her Oscar nominated performance in Ball of Fire, but she was dubbed in that film.)  The Hays Office apparently kept an eye on things during the shooting of Lady of Burlesque.  There was certainly no actual stripping and the bumps were either toned down or registered in the reaction of another performer watching.  Scanty costumes were allowed as long as everybody kept them on.  Lightweight but boisterous and entertaining, the film is good fun for all. 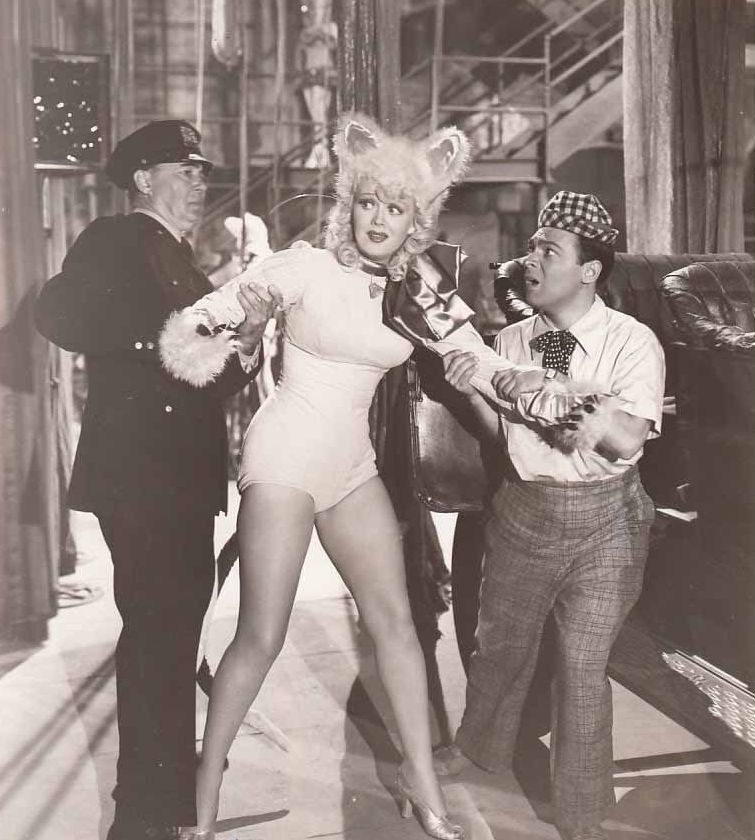 In forty-six years, from 1927 to 1973, Barbara Stanwyck made eighty-seven films, eighty-four theatrical releases and her last three for television.  Her last theatrical film was The Night Walker (1965), one of the better Castle horror films.  (She dismisses her first film, Broadway Nights (1927), and prefers to foster the idea that her career began in sound films, The Locked Door (1929).)  She has been directed by some of Hollywood’s best: Frank Capra, John Ford, King Vidor, Howard Hawks and Billy Wilder, just to mention a few.  Nominated four times for an Academy Award, she was always a bridesmaid, never a bride.  With her first nomination for Stella Dallas (1937) she lost to Luise Rainer for The Good Earth.  Her wonderful performance as “Sugarpuss O’Shea in Ball of Fire (1941) lost to Joan Fontaine for Suspicion.  (Fontaine’s consolation prize for missing on Rebecca the year before.)  In 1944, her even finer performance as the alluring but totally evil Phyllis Dietrickson in Double Indemnity lost to Ingrid Bergman for Gaslight.  Robbery!!  And her brilliant portrayal of the invalided Leona Stevenson in Sorry, Wrong Number (1948) lost to Jane Wyman’s Johnny Belinda.  She is certainly one of the great women of the Screen but is often eclipsed in many people’s minds by two of her peers, Bette Davis and Katharine Hepburn.  However, she can hold her own with either of those fine actresses and she also, I venture to add, is more versatile, at home in comedy or drama–period pieces, Westerns or contemporary stories.  She also sings and dances!  I can’t see either Hepburn or Davis as the “lady” of burlesque or Phyllis Dietrickson but I think Stanwyck and Spencer Tracy might have been interesting “chemistry”, and Stanwyck would have made a terrific Regina Giddens or Jezebel.  She is the consummate natural actress, more instinctive than calculating, and it is unfortunate that she is no longer active in films.  The lady still looks marvelous as anyone seeing her on last year’s Academy Awards show can testify.  Praised by her colleagues, adored by her fans, she is a “Star” in the fullest and very best sense of that often misused and overused word.