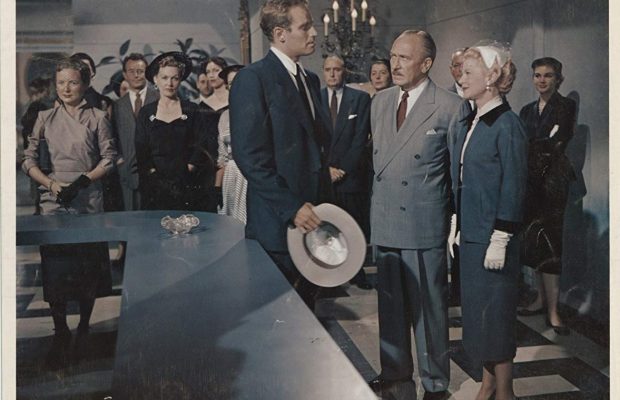 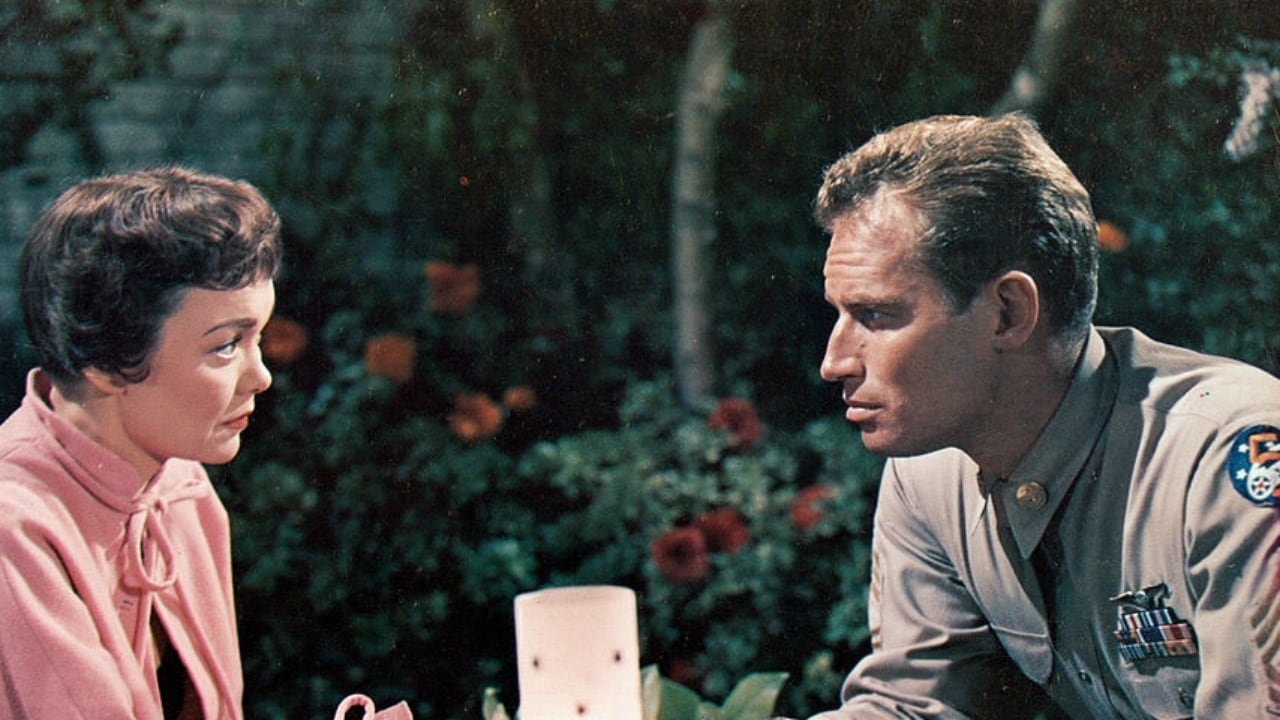 From the perspective of 1982, surely one of the main delights in a screening of Lucy Gallant is the opportunity to see the first Mrs. Ronald REagan in one of her most demanding big-screen roles.  By 1955, Jane Wyman had come a long way from her flip second leads in Warners films of the late 1930s and early 1940s, where she had been obliged to take second billing to such studio treasures as Olivia de Havilland (Princess O’Rourke) and Ann Sheridan (The Doughgirls).  The turning-point in the Wyman career came with her loan-out to Paramount to play Ray Milland’s girlfriend in The Lost Weekend, where her leopard-spotted coat became an icon as essential to the Hollywood of 1945 as Joan Crawford’s padded shoulders.  Four Oscar nominations followed: The Yearling (1946), Johnny Belinda (1948), The Blue Veil (1951), and Magnificent Obsession (1954); and it is now filmic history that her speechless Belinda actually copped the prize over the previously top-billed de Havilland, who had impressively pulled out all the histrionic stops in that year’s The Snake Pit.

In Wyman’s serious roles, she often had the misfortune to play drudges.  But Lucy Gallant finds her as an energetic business woman in Texas, agonizing over a choice between career and marriage.  No drudge she!  In fact, the film features a full-scale fashion show narrated by none other than ace costume-designer Edith Head.  And the hint of Texas dust and grit at the beginning of the film is a mere red herring in a world which has more in common with Lovely To Look At than with the westerns which Lucy Gallant‘s producers had turned out in the past.

Two years previously, Wyman had been in Edna Ferberland in Robert Wise’s So Big.  Her role in the symbolically titled Lucy Gallant recalls the fortitude of the Ferber heroine; and the whole film, dealing, as it does, with romance and business ventures in the oil fields of Texas, foreshadows that 1956 Ferber-Texan blockbuster, Giant, which, in turn, inspired current TV’s even more successful Dallas.  It is curious that Falconcrest, the TV series in which Jane Wyman has regained prominence, is, in fact, a spinoff from Dallas, and that her role is again that of a businesswoman.  But her unscrupulous Falconcrest role is anything but a gallant Lucy, even though she seems to have been dressed by an Edith Head who is determined to remind us of who could have been very capably commanding the household staff in the White House.

Wyman’s leading man, Charlton Heston, was, like Rock Hudson (her co-star in Magnificent Obsession), ten years her junior.  Heston had not yet found Biblical epics.  Furthermore, he would not start keeping his diary until the next year, thus depriving us of any gossip about the making of Lucy Gallant.

The film also boasts Thelma Ritter and Wallace Ford in roles designed for Ma and Pa Kettle, and promising the Beverly Hillbillies.

As for its director, Robert Parrish, Andrew Sarris says it all when he calls him “a director who craves anonymity.”