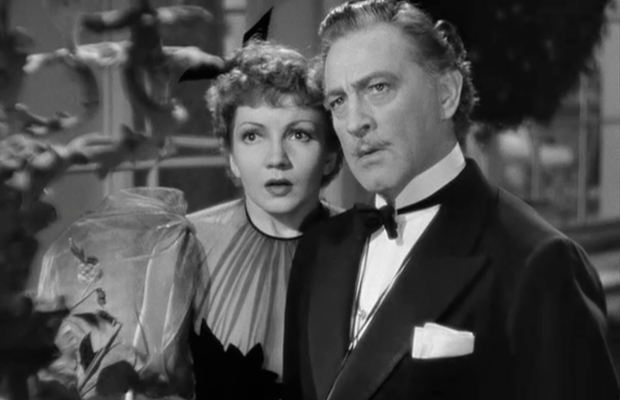 Erich Kästner’s novel from which the film is derived is quite famous, often being used as a practice novel for German language classes.  Thus it is impossible to say whether it was the novel or the film which caused four further film versions to be made, in Great Britain in 1935, again in Germany in 1954, in Japan in 1956 and for Walt Disney in 1963.

Regardless of the source of inspiration, the English version of Milton Rosmer bears a remarkable resemblance to the original German one.  It was shown on CBC television during the first year of broadcasting and had to be studied carefully by several people before it was finally decided that the film was in fact a remake.  The clue was the admiring imitation of the villain, for good and faithful as it was it just wasn’t up to that of Fritz Rasp in the original.

As a villain Mr. Rasp was always excellent, in this and in other films, but it is in Emil that he strikes just exactly the right note which makes the performances of the children seem so credible.  In a rather wide parallel, Alastair Sim’s performance in Hue and Cry served much the same purpose, although he did not play a villain. 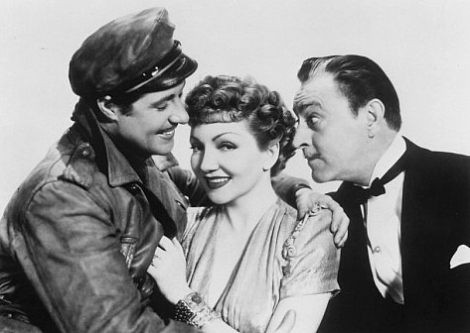 “This screenplay reportedly amused John Barrymore so much that he asked to read the whole script, not just his lines.” – Axel Madsen in his book, Billy Wilder

The compiler of these notes first (and last) saw Midnight in 1939, on a double-bill at a neighbourhood theatre in Winnipeg.  I recall finding it delightful entertainment and wondering why on earth I’d missed the first-run.  It’s too long ago now to attempt a personal evaluation, but recent writing in Britain on the film (presumably based on its revival showings at the National Film Theatre in London) has been so enthusiastic that I propose to quote from it without further ado.

Said Peter John Dyer in the brochure for the NFT’s season on The Paramount Style in 1966:

Mitchell Leisen was to Paramount what Michael Curtiz was to Warners.  Originally an art director, he could always be relied upon to design his films handsomely.  If Midnight is his best work, that may be due to a happy combination of talents–sophisticated writing from Charles Brackett and Billy Wilder, glossy camerawork from Charles Lang, stylish playing from Mary Astor and John Barrymore.  The highly amusing story casts Claudette Colbert as an inventive gold-digger masquerading as a Hungarian countess in a ritzy, bitchy chateau.

John Baxter in his book Hollywood in the Thirties:

Leisen’s masterpiece is the underrated Midnight, one of the best comedies of the Thirties.  The Wilder/Brackett script is typically disenchanted and Leisen obviously found the story agreeable…There is a happy ending, but no plot twist can dispel the film’s essential bitterness.  Like all Leisen films it is callous and cynical, its style faultless, its design superb.  One cannot doubt that his is a major talent, sadly neglected.

But if you think those chaps are Midnight-happy, just listen to Charles Higham in Sight and Sound, Spring 1963:

In 1939 Ninotchka and Midnight were released: both set in Paris, they showed Wilder and Brackett at the top of their form.  Midnight was easily Ninotchka‘s equal, but has been almost totally forgotten, perhaps because its director, Mitchell Leisen, has never been a critics’ pet.  Splendidly upholstered in the best Paramount-Hans Dreier tradition, it gives a stylized but penetrating exposition of an upper class that vanished almost immediately after the film was completed, with the outbreak of World War Two.  The parallel with Renoir’s Règle due Jeu, made in the same year and on much the same territory, hardly needs stressing.

Higham goes on to speak of “a superbly funny piano recital”, “a classic card game”, “a wonderfully played and written scene” with Francis Lederer at Colbert’s bedroom door; and further tells us that “Mary Astor plays with glittering malice”, that “Hedda Hopper leads a conga line  with irresistible elan”, and that “Barrymore hilariously impersonates a little girl on the telephone”.  He sums up: “Brittle, heartless and stylish, this film remains one of the peaks of Wilder’s career”.

Fine and dandy, but–Ninotchka‘s equal?  Parallels with La Regle du Jeu?  Wow, I don’t know.  But if Midnight stands up even half as well a these gentlemen suggest, we should be in for something of a treat.

Ex-Hollywood-and-Berlin-movie-star Louise Brooks, a patron of TFS who now lives in Rochester, noted with approval our notes on Mitchell Leisen when we showed his Easy Living; mentioned her pleasure in watching his Take a Letter Darling on TV; told us that Hollywood friends regarded Leisen highly and had enjoyed working with him.

Mitchel Leisen was Costsume Designer and/or Art Director on many films, including: De Mille’s Male and Female, The Ten Commandments (silent), The King of Kings (silent) and The Sign of the Cross; Fairbank’s Robin Hood and The Thief of Bagdad.  He also was Assistant Director on The Eagle and the Hawk and Tonight is Ours (both directed by Stuart Walker in 1933).