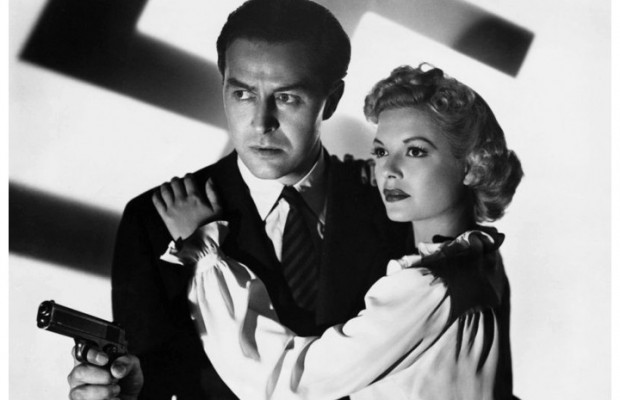 Fritz Lang (1890-1976) gained an international reputation for his work in Germany in the 1920s with such silent films as his two Dr Mabuse titles(1922 and 1933) and Die Niebelungen (1923-24), though his most ambitious and expensive work of the period Metropolis (1925-26) was at first a huge box-office flop and cut to ribbons in most countries in an attempt to make it commercially

viable .Painstaking reconstructions of the film in recent years, however, have made it one of the most admired and widely screened of all silent films. His first sound film M (1931) was internationally acclaimed for its imaginative use of the new medium and was highly influential. By his own, perhaps unreliable account, he later claimed that, despite his strongly anti-Nazi politics, he was offered the position of head of the main German film studio UFA by Hitler’s propaganda minister Joseph Goebbels in 1934, following which he promptly left Germany for France, where he made one film, Liliom, before accepting an offer from MGM and moving to Hollywood, where he stayed till 1957, before returning to Germany and making two final films.

In the US he was one of many eminent film directors, novelists, musicians and playwrights who had emigrated from Nazi Germany and Nazi-occupied France. Among the filmmakers were Jean Renoir, René Clair, Max Ophuls, Billy Wilder, Otto Preminger and Robert Siodmak (whose Phantom Lady is also on tonight’s double bill) who, between them, made an immense contribution to American cinema of the 1940s and 1950s, especially in the areas of film noir, socially or politically themed thrillers, and (in Lang’s case) unorthodox Westerns. His 22 American films include such masterpieces as Fury (1936), The Woman in the Window (1944), Scarlet Street (1945), The Big Heat (1953) and While the City Sleeps (1955).

Themes and Visual Style. Throughout his career Lang’s visual style was highly (some critics say coldly) geometrical, relying on carefully composed and framed compositions, and elaborate play of light and shadow. Clocks and doorways are recurrent images that take on overtones of menace and inexplicable anxiety, and  themes of paranoia, pursuit, mistaken identity, wrongful accusation,

disguise, foreboding, and violent retribution–usually presented in grittily realistic fashion–are common. Critic David Thomson comments that Lang “never relents from the exposition of significant action through space, shape and light: a designed image taut with irrational anxiety” and notes that the doorways and entrances in Ministry of Fear “connect spatial areas, comprise a visual pattern that neatly rhymes as the film progresses, so that the crazy adventure seems more than ever ordained.”

Ministry of Fear is based on one of Graham Greene’s “entertainments’ (a term he used to separate what he considered his lighter and less significant works from his more serious fiction), though the book has a truly nightmarish atmosphere which is fully recreated in the film. The film follows the events of the novel reasonably closely, though it changes the hero’s (Ray Milland) feelings of guilt for having murdered his wife to a more sympathetic mercy killing , at her request, to alleviate her suffering, which helps to bring about a relatively happy ending to the film. Though, as one critic observes “it does not reach the same level of timeless classic as Carol Reed’s adaptation of Greene’s The Third Man four years later, Ministry of Fear stands as a well-made thoroughly gripping and intelligent example of film noir.”

Bosley Crowther in his New York Times review connects this film with Lang’s earlier German work, commenting that he “has given the picture something of the chilling quality of some of his early German shockers–a strangely arch and maniacal surge that comes through suggestive use of camera and morbid pace in more critical spots. The clammy and numbing sensations of fear are thereby conveyed in a manner that is quite unusual for our generally overworked screen.  There is no particular intelligence imparted by this film and the plot is adroitly unsubtle, but the needling of anxiety is sharp.

“Ray Milland plays the oddly harassed hero with a nice blend of suavity and shock, and Marjorie Reynolds is cuddly ,crisp and candid as a disarming Viennese girl. Percy Waram gives a cold and stiff

performance as an implacable Scotland Yard man, and Carl Esmond, Dan Duryea and Hillary Brooke are appropriately malevolent in other roles.”

Lotte Eisner, in her critical biography of the director makes a similar connection, commenting that “an adventure story has become a typical Lang film–directly in the line of Mabuse and Spies with its seamless functioning action, its strict logic, an atmosphere which combines fantasy and documentary realism, its ability to control a multiplicity of incident–in short the work of a perfectionist who makes each film he works on his own.”