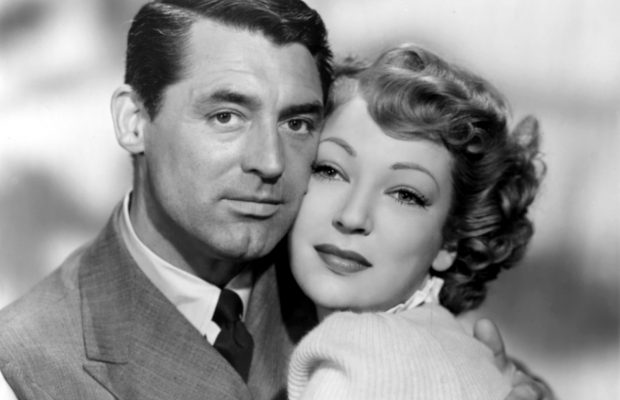 Toronto Film Society presented None But the Lonely Heart (1944) on Sunday, January 21, 2018 in a double bill with The Amazing Quest of Ernest Bliss as part of the Season 70 Sunday Afternoon Film Buff Series, Programme 4.

Elaborating on TFS’s Film Notes below, although it’s not profound I think it’s interesting to hear what Ethel Barrymore in her own words had to say in her 1955 autobiography Memories about today’s film.  “During the tour (of the play The Corn is Green) Mr. Piazzi of RKO got on the train at Portland, Oregon, and asked me to read the script of a moving picture, None But the Lonely Heart, on my way to San Francisco.  I read it that night, and in the morning when Mr. Piazzi came to my stateroom and asked me how I liked it, I said I liked it very much but it would be impossible for me to do it, as I had to finish the tour.  He said, ‘We know all about that.  All we want to know now is, do you like the part well enough to play it?  If you do we will make the necessary arrangements with Mr. Shumlin.’  I said, ‘That will be very nice,’ and dismissed the matter from my mind as a fantasy.  But while we played San Francisco and Los Angeles, the necessary arrangements were made, and they were fantastic.  RKO agreed to pay all the company’s salaries during the time I was making the picture, to reimburse Mr. Shumlin for all the receipts that would have been taken in, during that time, by the theaters where the play had been booked, and to reimburse the theaters for all cancellations and for the money they would have made!  I liked the picture and I liked Clifford Odets who directed it and David Hempstead who produced it and Cary Grant who was my son.  And of course it was very pleasant later to get the Oscar.  The very last day I worked (that I worked on the set) the make-up man walked over to my dressing room with me when it was over and he said, ‘I feel very silly.  I had the menthol stuff all ready to make you cry and when I saw tears gushing out of your eyes and pouring down your cheeks, I really did feel pretty silly.’  I finished the picture at noon and I was on the train to go back to The Corn Is Green at one o’clock.”

As a tie-in relating to the marriages mentioned during the earlier film, Cary Grant now was married to his second wife, Barbara Hutton, while Randolph Scott married his second and last wife, actress Patricia Stillman, with the marriage lasting until his death in 1987, producing two children.

Jane Wyatt, who played the role of the struggling cellist, remembers the intensity and concentration that existed on the set of Lonely Heart, but she also recalls that after a sequence, Cary would do handstands and cartwheels, recalling his old vaudeville days, using this athletic, acrobatic form of release to break the excruciating tension of acting out so much of his early life.

Filming continued daily and nightly, including Sundays and the atmosphere created by Odets began to weigh on Cary.  He did, however, advise the director on the sets, ensuring that the dimensions matched exactly those of sitting rooms and bedrooms he had inhabited.  He asked for ceilings, made of muslin, to emphasize the claustrophobic character of life in the East End.  The narrow street, with its semidetached houses and its railway bridge in the background, crossed by steam trains, was a marvel of the designer’s art.  In the ugly, cluttered dining area where Ernie eats with his stricken mother, the décor is so authentic that the viewer has the illusion of eavesdropping on the characters.

The most remarkable sequence, shot on the last day, proved to be an endurance test for both Grant and Barrymore.  Their finest moment on screen, which neither performer would ever again match, is a scene of transcendent beauty and terror.  It was cathartic and shattering, and Odet’s direction had a sensitivity, tenderness, and delicacy seldom matched in American cinema.  You’ll know it when you see it. 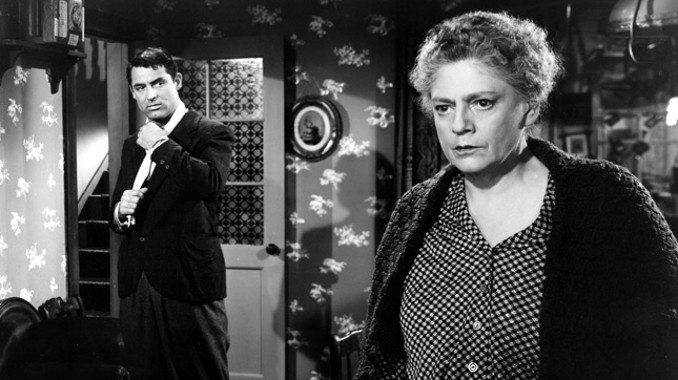 Producer Howard Hughes fired director Josef von Sternberg during filming and hired Nicholas Ray to finish the film, though Robert Mitchum contributed some scenes. Filming was completed in 1950, but the film was not released until 1952. Only stock footage (i.e., none of the action) was shot in Hong Kong and Macao. The film’s opening was narrated by TV actor and host Truman Bradley.

Between each of the Great Wars, ‘Prodigal Son’ Ernie Mott returns home to East London and finds his mother in a bad way. They want only an honest life of freedom and independence, but soon learn that survival means submission to the dishonest and tyrannical world in which they live. 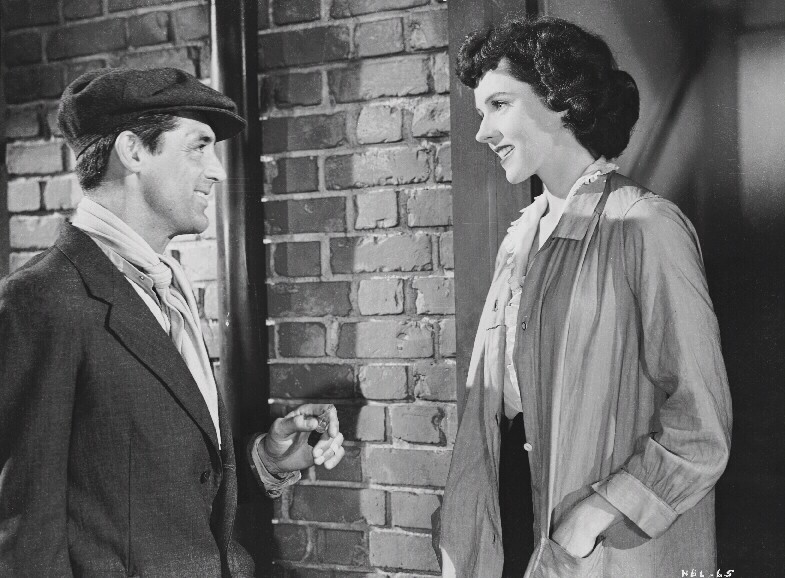 The film Grant starred in before Lonely was a rather embarrassing, insubstantial little number called Once Upon a Time, about a down and out Broadway producer who discovers the show-stopping duo of a boy and his tap-dancing caterpillar, ‘Curly the Wonder Worm’(Ashman and Trescott 117). Richard Llewellyn’s 1943 novel “None But the Lonely Heart” thus appealed greatly to Grant, who saw in the main character not only the dramatic weight and seriousness he coveted, but a tinge of himself as well, for Mott’s impoverished background was not dissimilar from his own.

Born into England’s working class, Grant’s family was perhaps not strictly speaking impoverished, but “neither were they well off. And if you were born into the working class in 1904 England, chances were good you’d die there” (Curtis 10). The early relationship between Ernie and Ma Mott also shares some of the tumultuousness Grant would have known through his relationship with own mother. Grant’s father, Elias Leach, had had Elsie Leach committed to Fishponds Sanitarium around 1914, when Grant was 10. There is little consensus as to whether Elsie was truly ill, or whether Elias had committed her as an easy way to end his marriage (Curtis 11). Grant did eventually rescue his mother from Fishponds in 1938, though she would always remain “distant to him, and their relationship was awkward at best” (Curtis 55).

When Charles Koerner of RKO discovered Grant’s affinity for and interest in Lonely, he hastily paid $60,000 for the film rights. Grant was obviously on board, as were the directorial talents of Alfred Hitchcock, as a Hollywood Reporter article from October 1943 claims. Dramatist Clifford Odets was brought on board to pen the screenplay, though there was a slight clash of creative intention once he was informed he would be writing for Cary Grant. Odets had envisioned Ernie Mott as a teenager “whose two goals in life were to have a new suit and a girlfriend” (Buehrer 104). Grant, however, had just turned 40. Odets nevertheless acquiesced, specifically tailoring the character of Mott for Grant, and when Grant finally read the finished script, he was so impressed that he insisted Odets direct the film as well. The two would maintain a lifelong friendship.

This was Clifford Odets’ debut as a feature film director. Though he was involved in the screenplays of several other Hollywood productions, sometimes credited, oftentimes not, the only other film he directed was 1959’s The Story on Page One starring Rita Hayworth, Anthony Franciosa and Gig Young.

Though heralded a “literary superstar” in 1935 for his first full-length play Awake and Sing!, Odets’ contradictory Marxist leanings and perceived sell-out to Hollywood would prove his undoing. As a 2006 New Yorker article puts it: “Hollywood and the House Un-American Activities Committee were a one-two punch to Odets’s reputation.”

Odets nevertheless managed to impress audiences with Lonely at the time of its premiere. Although James Agee, writing for The Nation, lamented that he “suggests his stage background as well as his talent by packaging his bits too neatly” and that “his feeling for light, shade, sound, perspective, and business [was] too luscious for [his] taste”, he did admit that he recognized in the neophyte director a genuine “faith in and love for people, which are as urgent and evident here as his sentimentalities.”

To the surprise of many, Grant not only never won an Oscar, but was only ever nominated twice. The first was for Penny Serenade in 1941, and the second was for none other than None But The Lonely Heart. Chuck Ashman and Pamela Trescott, in their biography of Grant, blame the Academy’s anti-comedic snobbery: “Part of the problem was (and is) Hollywood’s long-standing resistance to recognizing comedy. Few comedy actors receive Academy Awards. Yet, most actors maintain that comedy is more difficult to do than straight drama” (20).

Ethel Barrymore had more success, and was the year’s Best Supporting Actress for her portrayal of Ma Mott. She could only be secured, however, by temporarily closing the Broadway play The Corn Is Green in which she was currently starring, and RKO had to agree to pay all the expenses incurred.