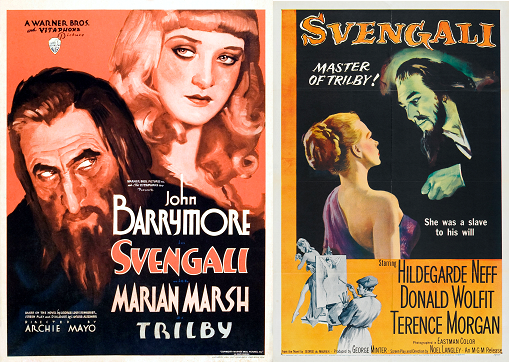 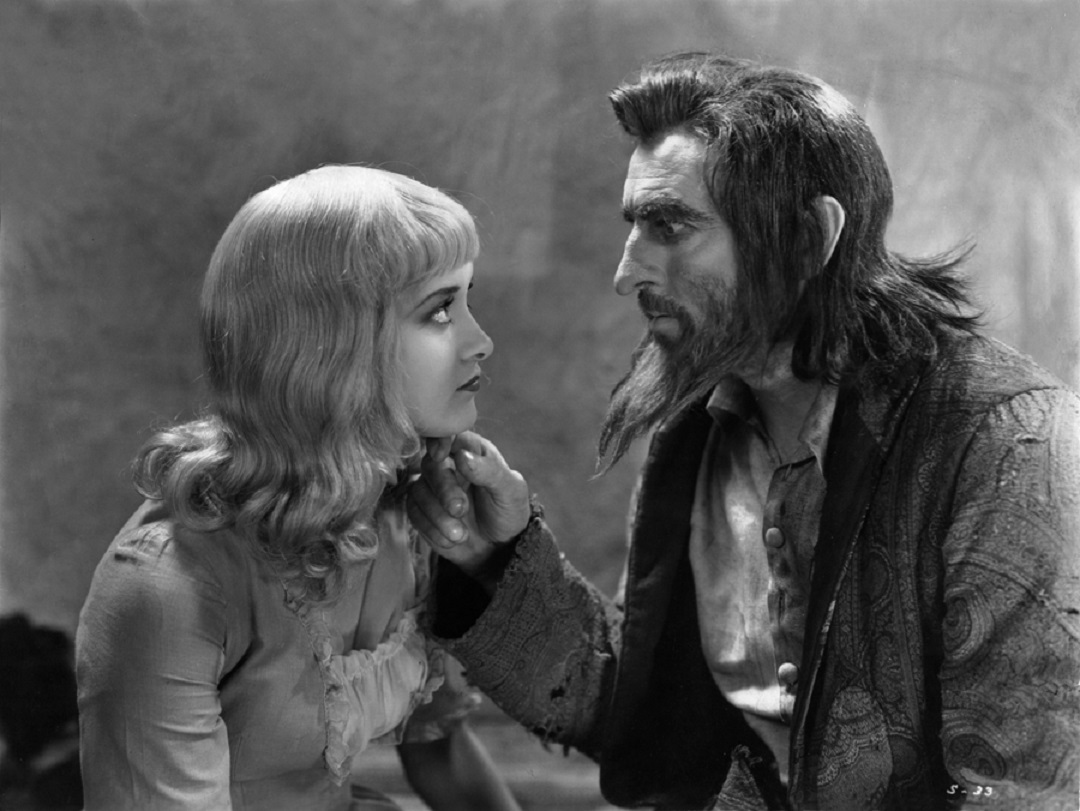 The aaptation of a novel for a film almost always sacrifices some aspects of the original.  The basic story of George du Maurier’s Trilby has been used on stage as well as having been adapted six times for film.  All of these have modified aspects of du Maurier’s story.  At the same time, the kind of richly romantic melodrama that du Maurier wrote doesn’t really lend itself to much in the way of serious analysis.  The story involves the pretty but untalented Trilby, who becomes a great singer under the hypnotic control of Svengali.  Even in 1931 Variety was concerned about the acceptability of hypnosis to audiences of that day.  The same concern was raised around the 1954 version.  It is unlikely that a 1982 audience will find hypnotic control any more plausible.  The success of the narrative has always depended on the willing suspension of disbelief on the part of the reader or viewer.  However, it seems that audiences have typically been willing to grant that suspension of disbelief and have found the story a source of rich rewards.

George du Maurier entitled hs novel Trilby, making the central character of the story the title character.  This title was retained int he silent adaptations, but the 1931 film was entitled Svengali, reflecting a recasting of the story.  The 1931 film not simply modified things from the book but reconceptualized it in such a way that Svengali is indeed the central character.  Barrymore’s performance as Svengali seemed to so perfectly embody the character that more than two decades were to pass before another adaptation of Trilby was to be attempted. 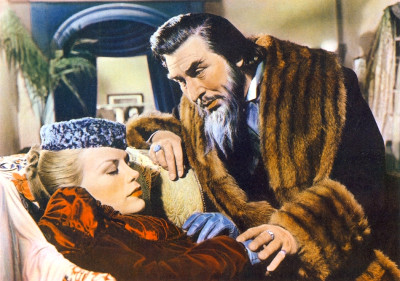 The 1954 adaptation recasts the story back to having Trilby as the central character with Hildegarde Neff in the role.  The English title of the film and the title under which it opened in New York was Svengali, but in an attempt to move it outside of what Variety referred to as “arty houses” and to gain a broader audience it was later distributed under the title of Trilby.  The 1954 version is very much a romantic melodrama.  However, the central role of Trilby was not cast with an orthodox “romantic” leading lady but rather with Hildegarde Neff who was a German actress described by contemporary critics as “that great cow of a woman,” a phrase that was intended as a compliment.

In 1931, Variety accurately noted that even though Warner Brothers wanted to be a major launching point for Marion Marsh, John Barrymore as Svengali so dominated the film that most audiences left the theatre remembering only him and his performance.  In the 1954 version, the role of Svengali seems to have been viewed with less importance; originally cast with Robert Newton who was an experienced film actor, when he left the picture before filming began he was replaced by Donald Wolfit who was an experienced actor on the stage but a relative unknown to film.