The Barretts of Wimpole Street (1957) 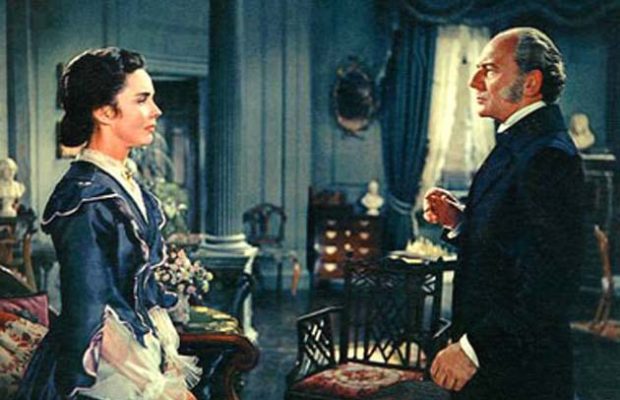 Toronto Film Society presented The Barretts of Wimpole Street (1957) on Sunday, February 12, 1984 in a double bill with Sweet Smell of Success as part of the Season 36 Sunday Afternoon Film Buffs Series “A”, Programme 7. 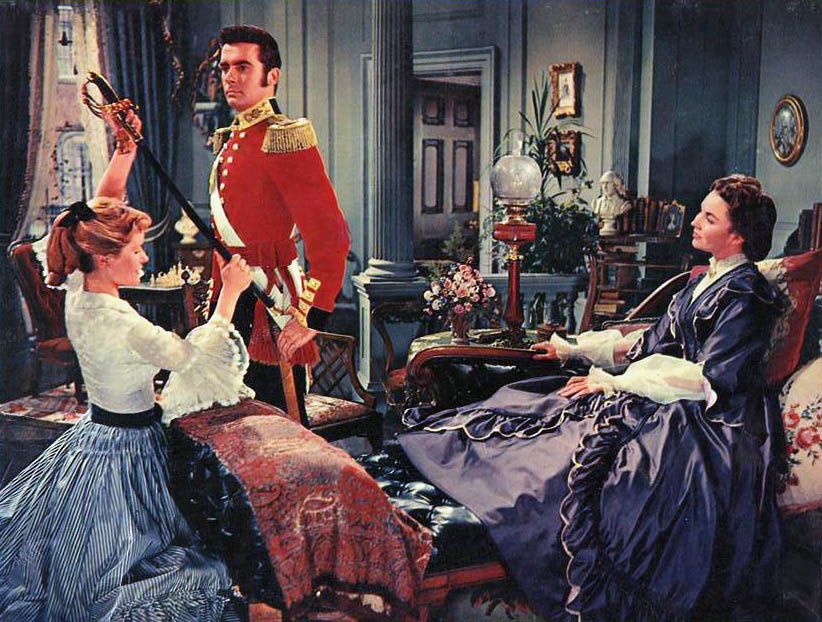 Today’s film tells one of the great love stories of all time: the mid-nineteenth century romance of poets Elizabeth Barrett and Robert Browning.  The story has passed through three successful incarnations: as a play with the celebrated actress Katherine Cornell; as a film starring Norma Shearer as Elizabeth, Fredric March as Browning, and Charles Laughton as Edward Barrett, Elizabeth’s possessive and tyrannical father; and as a remade film in 1957.  Interestingly, Sidney Franklin directed both movies, after a long sojourn in between when he functioned chiefly as a producer (Mrs. Miniver, Random Harvest, among other classics) at MGM.

After one discounts such advantages as were enjoyed by the 1957 production as color to enhance the Victorian setting and on-location filming in England, the 1957 production still benefits from an all-English cast (except for Miss Jones) and particularly from the rugged, life-loving portrayal of Travers as Browning, transferring his vitality and energy to the bedridden Elizabeth, willing her to get well.

Miss Jones, an actress whose range extended fro the sultry, sexy Ruby Gentry to the ethereal waif in Portrait of Jennie to the peasant girl in The Song of Bernadette (for which portrayal she won an Academy Award) is ultimately charming, dynamic and fiery in her depiction of a girl who has resigned herself to a short, loveless life, but who stands up to her possessive father when Browning proposes to her.

John Gielgud, of course, is absolutely superb, filling the Edward Barrett character with subtle diabolism and rich complexities, making full use of every resource at his command, gained from the best training and experience in the world, the English theatre.

Virginia McKenna (Mrs. Travis) is excellent as Henrietta, Elizabeth’s sister, who is forced by her father to swear on a Bible that she will never again see the young man she loves; Henrietta disobeys him, following Elizabeth’s injunction to follow the dictates of her heart.

The picture contains many touching scenes: her humorous bantering with Browning at their first meeting; her first, painful, tentative move from her couch-prison to the window to watch him leave; their love scene among the flowers of the park; his delight when she manages to walk downstairs to greet him at a subsequent visit; her wistful expression as she listens to a cousin plan a wedding.

A literary classic brought to life, The Barretts of Wimpole Street can be enjoyed even more today than in 1957, for it is the type of heart-warming, uplifting film which never seems to get made anymore, with two central characters–Elizabeth Barrett and Robert Browning–who are interesting, attractive and, more important, sympathetic.