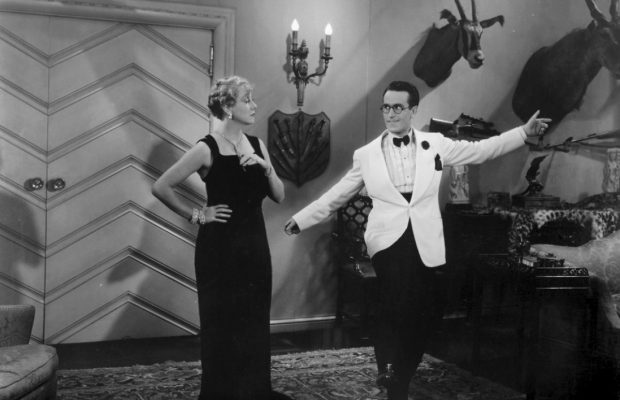 Toronto Film Society presented The Milky Way (1936) on Sunday, April 21, 1985 in a double bill with Love Affair as part of the Season 37 Sunday Afternoon Film Buffs Series “B”, Programme 10.

The Milky Way was Harold Lloyd’s best critically acclaimed picture in the sound era.  It boasted a stellar supporting cast, and for the first time Lloyd let those around him shine on their own merits (causing The New York Times to declare, “We expected a one-man show; The Milky Way is nearer a three-ring circus”).  Lloyd put himself into the hands of Paramount for this production and they assigned veteran screwball comedy director Leo McCarey to the project.  The property itself had been a Broadway play, another first for Lloyd who had always developed his own story ideas except for Kelland’s work on The Cat’s-Paw.  The balance achieved between Lloyd and the rest of the cast, the witty dialogue and delightful pace maintained by McCarey, the combination of visual and verbal gags, and the interesting character development of Lloyd’s role all conspired to make this film a deliciously entertaining delight.  Lloyd himself was very pleased with the results and they boosted his ego, which had ebbed under the weight of the enterprises that had preceded it.  This production was pure comedy, filled withlaughs, and the critics and audiences loved it. 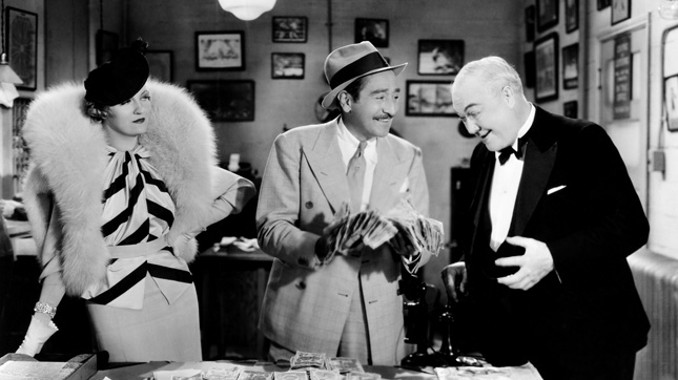 One of the more delightful publicity stories in connection with the film concerns Agnes, the horse.  Director McCarey called for a white horse “that will sit down and laugh for Harold Lloyd.”  It had to be light-colored to show up in a nighttime scene, but they could find only a dark one that could “act.”  So two makeup artists were assigned to bleach the horse blonde (with a harmless agent).  They also did a makeup job on her face and “a prettier, more affectionate horse never faced the camera.”

Other publicity centered around some delays the production encountered.  Adolphe Menjou was stricken with the return of a serious stomach ailment (and hundreds of fans offered blood for transfusion).  Teasdale came down with an acute attack of colitis.  Director McCarey also had health problems, but for all this, the production was not seriously delayed.

In the hey day of publicity stunts the dairy industry was not going to bypass a chance to tie in with a major film about milk.  Borden subsidiaries in over three dozen cities delivered the daily milk with a cutout of Harold Lloyd straddling the top of the bottle.  “Here’s your Borden’s milk, the Milky Way to health…”  It invited kids to the local theatre to receive a more elaborate cutout of Lloyd, Agnes, and the milk wagon, to be distributed by a real milkman in the lobby!