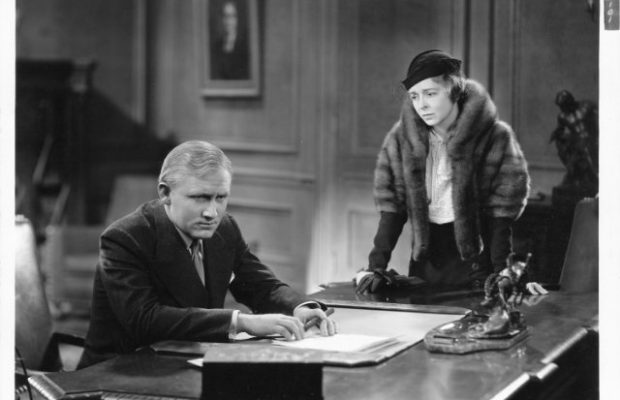 Toronto Film Society presented The Power and the Glory (1933) on Monday, April 21, 1986 in a double bill with Inherit the Wind as part of the Season 38 Monday Evening Film Buffs Series “B”, Programme 10.

The film opens with the funeral of Tom Garner (Spencer Tracy), the thoroughly disliked president of the Chicago and Southwestern Railway.  Only Henry (Ralph Morgan), his private secretary and lifelong friend, remembers him with affection, and it is he who narrates the picture throughout, his voice connecting the various episodes, as he tries to explain Tom to his disapproving wife (Sarah Padden).  She considers the dead man to have been a ruthless egotist.  Incidents are depicted, not in continuity, but as they naturally occur to Henry in answer to his wife’s accusations.  Henry skips back and forth through the years, and almost every scene contains his running commentary.  He argues that Tom’s strike-breaking methods, which cost many railroad worker’s lives, had another element to it; that his turning out his first wife (Colleen Moore) in favor of a business associate’s beautiful daughter (Helen Vinson) might have had extenuating circumstances.  “The power and the glory,” sighs Henry.  “What they can do to a man.  It just happened to him, like everything else happened to him.”

“You can’t judge him by ordinary standards….he was too big” stated the original ads for The Power and the Glory about the role played by Spencer Tracy.  The blurb went on to proclaim “…and this picture is too big to judge by ordinary standards.  That’s why an entirely new method of screen production had to be devised to tell it.  Drama so amazingly unusual, so powerful that present day methods were inadequate to bring it to the screen.  Presented in NARRATAGE–talking picture’s newest wonder–forever revolutionizing screen entertainment.  Marking the biggest step forward since the introduction of sound and another great triumph for Fox Films.  Watch for your theatre’s announcement of this sensational picture.”  Unfortunately for Fox, producer Jesse L. Lasky, director William K. Howard, scripter Preston Sturges, and star Spencer Tracy, the film did not live up to expectations.  It was given undeservedly short shrift by the exhibitors.  For instance, it played Hamilton’s Tivoli theatre for a fast 3 days in late November ’33, double-billed with The Worst Woman in Paris.

When he reminisced about The Power and the Glory after its showing at the 1985 Cinecon convention held in New York, guest star Clifford Jones (who plays Tracy’s son in the film) thought that the main reason for the movie’s failure was that it had the misfortune to be released during that bleak period of the Depression when President Roosevelt closed the banks for 8 days.  The public, stated Jones, was depressed enough without having this somber film plunge it further into the depths.  This, speculated Jones, cost the film its proper due and Spencer Tracy an Oscar nomination.  It also, added Jones wryly, cost him his contract with Fox. 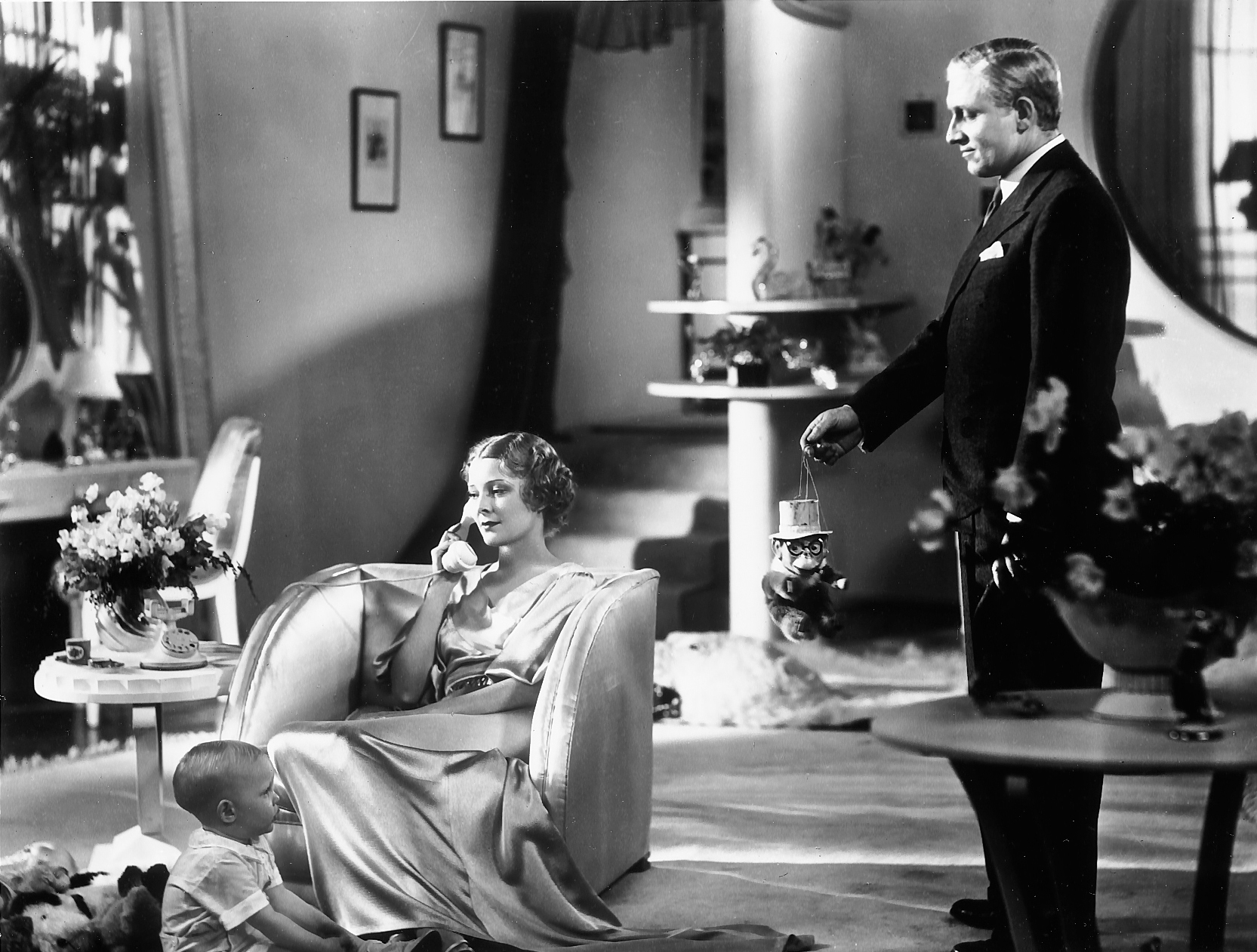 The critics were kinder than the public, but even they had reservations.  Said James Shelley Hamilton in The National Board of Review magazine: “The Power and the Glory has a good deal of sincerity in its acting and excellent direction to recommend it.  Some of its press-agent ballyhoo borders on absurdity; its salesmen have claimed for it a new cinema technique, and have even put a bronze tablet in a New York theatre commemorating the first public showing of ‘the first motion picture in which narratage was used as a method of telling a dramatic story.’  That slightly illegitimate word ‘narratiage’, thought up by some eager mind in imitation of montage, means only an off-screen voice helping to tell the story, with comments.”  Abel in Variety wrote: “It’s well done in every respect.  Casting right down the line is punchy for performance.  Howard’s direction is truly unique and distinguished.  His favorite cameraman, James Wong Howe, manifests indubitable artistry with the cinematography.  Power and the Glory rates somewhat like its title in the progression of sound film technique…  The two major elements against it are the cast deficiencies, lacking marquee strength and the fact that the theme starts and finished on a tragic note.  On cast, the four principal characters are performed by Spencer Tracy, who has never done better; Colleen Moore, whose comeback is distinguished; Ralph Morgan, ever-effective, and Helen Vinson, at her best.”

In her biography Silent Star, Colleen Moore wrote the following about the film: “While I was still under contract to MGM, I was loaned to Fox to make The Power and the Glory with Spencer Tracy.  As I said earlier, I thought it was the best film I ever made, and the critics agreed with me.  But the part I played in it was a heavy dramatic one in which I went from a young girl to woman of sixty.  The public didn’t care for me in that kind of part.  They wanted me to go on being a wide-eyed, innocent little girl.  I was too old for that–and too tired in any case.  So I bowed out.”  (Actually, Miss Moore made three more films, but The Power and the Glory was her last movie of any importance.)