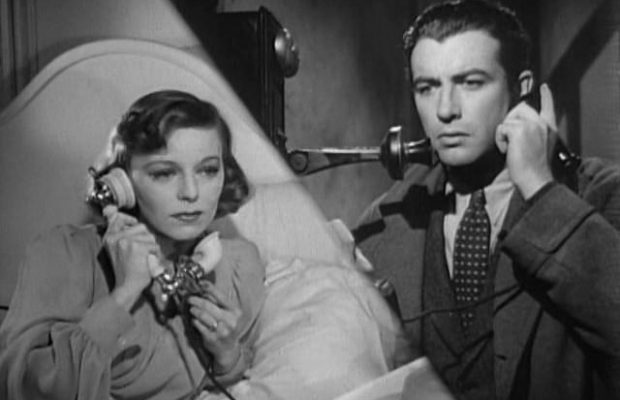 In 1938, the New York Times film reviewer hailed Three Comrades as something of a second coming!  He called it a “beautiful and memorable film” that was “magnificently directed,” “eloquently written” and “admirably played,” and spoke breathlessly of Margaret Sullavan’s “simmering, almost unendurably lovely performance.”  Doubtless nobody was more astonished at the film’s success than one of the co-writers of its script, F. Scott Fitzgerald, the legendary American novelist of the Jazz Age.

A year earlier, when, as Europe seemed even then to be hurtling toward another World War, the most intellectual of the M-G-M producers in the post-Thalberg days, Joseph L. Mankiewicz decided that it might be appropriate to film Erich Maria Remarque’s tale of the rehabilitation of three war shattered veterans in the devastated Germany of the early 1920’s.  Wouldn’t this material be reminder of the havoc that German ambition could wreak on itself?  Hadn’t Lewis Milestone’s adaptation of Remarque’s All Quiet on the Western Front been a critical and commercial success in 1930?  And wouldn’t Scott Fitzgerald be the perfect writer of the scenario?  After all, who knew the Europe of the 1920’s better than he?  Fitzgerald, who hated Hitler’s new Germany, was delighted to accept the project.

Joan Crawford, for whom Fitzgerald also had little respect, was originally considered for the role of Pat, the well-bred friend of the three auto repairmen heroes.  Subsequently, Loretta Young, whom director Frank Borzage had used to such romantic effect in Man’s Castle in 1933 was sought.  Finally, the role went to Margaret Sullavan, who was thereby making her first film for M-G-M after some distinguished work at other studios.  Sullavan surprised the M-G-M crew by refusing to start work until it rained–a superstition of hers that she obstinately observed.

When filming began, it was the outspoken Sullavan who pointed out that many of the lines in the seventh version of the script were still unplayable!  Months earlier, at the first hint of excessive artiness in the Fitzgerald script, Mankiewicz had assigned Edward E. (Ted) Paramore to assit Fitzgerald, and when Paramore’s version didn’t satisfy, the producer had not hesitated to indulge his personal habit of altering scripts himself. 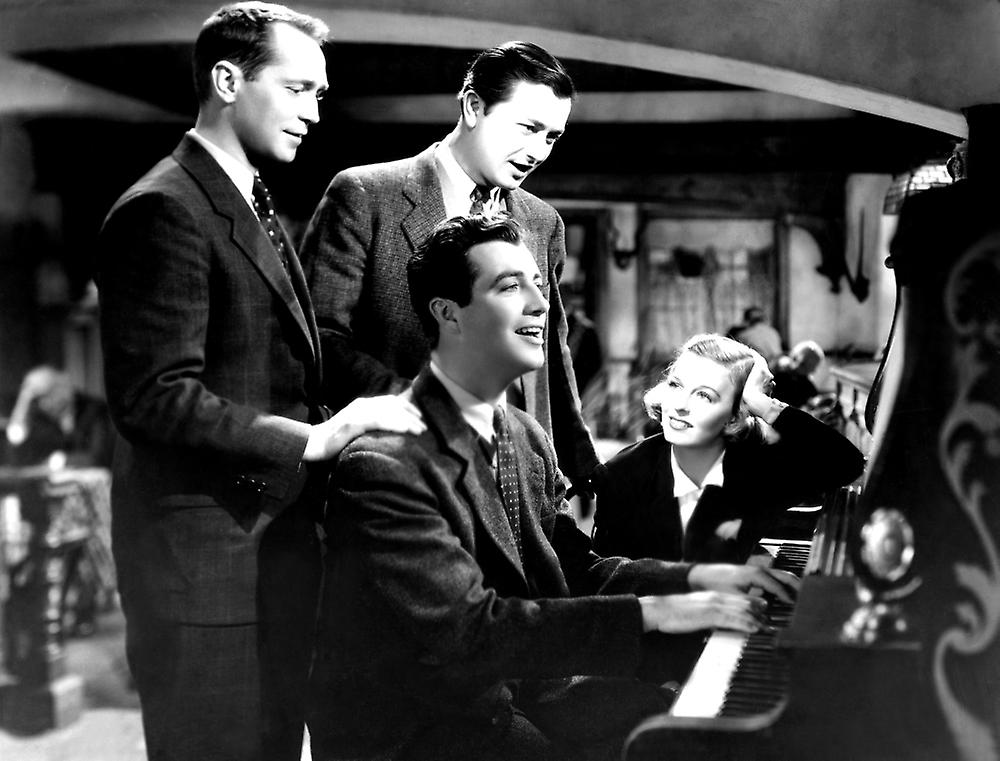 The Paramore revisions had quite literally driven Fitzgerald to drink.  Barely disguised, Paramore had been satirized twenty years earlier in Fitzgerald’s The Beautiful and the Damned as one empty hack-writer, and here he was revising Fitzgerald’s work!  Paramore was prone to give German sergeants folksy American dialogue like “Consarn it!”  Mankiewicz, on the other hand, resorted to humour in his re-writing, thus trivializing, as Fitzgerald saw it, the serious side of the subject.

Fitzgerald had provided in his script for the filming of scholarly charts and graphs that would indicate how wretched Germany had become in the 1920’s.  As well, at one point in the Fitzgerald script, Saint Peter was to appear as a telephone operator in Heaven!  As one might imagine, Mankiewicz soon scrapped all this.  It was CONFLICT and ACTION that he wanted!

One might well ask what remains of Fitzgerald in the finished film.  Fans of The Great Gatsby and Tender is the Night can, in fact, find, in the broad romantic outlines of Three Comrades, considerable echoes of these novels.  In the film, the contrasting social backgrounds of Bobby and Pat recall similar differing origins in Gatsby and Daisy, who, in turn, reflect some of the true life differences between Scott and Zelda Fitzgerald.  (Pauline Kael has commented that Margaret Sullavan would have made the perfect Daisy.)  Pat’s illness can be compared to Nicole’s in Tender is the Night, and the care that Bobby takes of her has its parallel in Dick Diver’s.  (Again the illness of the heroine is reminiscent of Zelda’s madness and Scott’s concern.)  But these plot elements were also in the Remarque novel.

More specifically, there are some unmistakable metaphorical touches in the Fitzgerald literary manner.  For instance, in one scene a grand piano blocking a doorway symbolically illustrates the obstacles to the lover’s happiness.  Elsewhere, in a rare comic moment, a partially secured suit worn on a dance floor symbolizes the hero’s personal insecurity while crossing cultural boundaries.

Aaron Latham’s chapter on Three Comrades in his entertaining book of Fitzgerald called Crazy Sundays in Hollywood concludes by describing a private preview screening that Mankiewicz arranged for a card-carrying Nazi as soon as the film was finished.  As a result of the German’s disturbed reaction, Joe Breen (the censor) advised a few re-takes to make the film convey the rise of Communism rather than the rise of Nazism.  Fortunately, Mankiewicz refused.  Nevertheless, Fitzgerald was devastated by the now unfamiliar film when he saw it.  Ironically, as Latham points out, history was to prove that there is more of Fitzgerald’s screenwriting in this film than in any other he had worked on before or would work on afterwards.  Furthermore, as a result of the rave reviews, Fitzgerald got a raise and an extended contract at M-G-M.

The film, however, was too depressing to do very well at the box-office, and Robert Taylor was criticized more than once for being somewhat out of his depth as Bobby.  Margaret Sullavan, on the other hand, was rewarded with the New York Critics’ Award, and would go on to distinguish herself in the filming of yet another Erich Maria Remarque anti-Nazi novel, So End Our Night, opposite Fredric March in 1941.