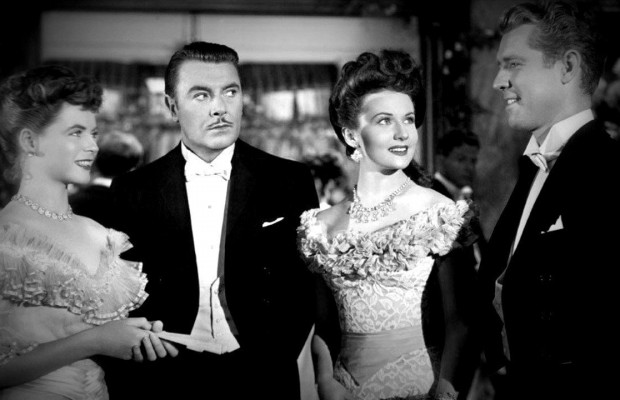 As a mute serving girl in a sinister household, where family hatreds are deep and searing, Miss McGuire gives a remarkable lucid performance in pantomime.  Her characterization of one who senses a dread shadow hovering over her but is incapable of communicating her fears, is restrained and effectively pathetic.  In this day of much talk on the screen few actresses would dare to undertake a role which only permitted six words of speech.  Miss McGuire is to be heartily commended for her adventurousness and a high degree of resourcefulness with which she has tackled the demanding and little used art of pantomime.”

In relating this arresting tale about a psychopathic killer who terrorizes a New England town, circa 1906, director Siodmak has literally put the evil eye on the victims.  For he has used his camera to give the spectator a close up of the murderer’s baleful eyes as they strike terror into his helpless victims, who, by the way, all are pretty, young girls.  Whether The Spiral Staircase is a faithful translation of Ethel Lina White’s novel, “Some Must Watch”, we are not in a position to say, but we do know that the film is likely to scare the daylights out of most of its audiences.